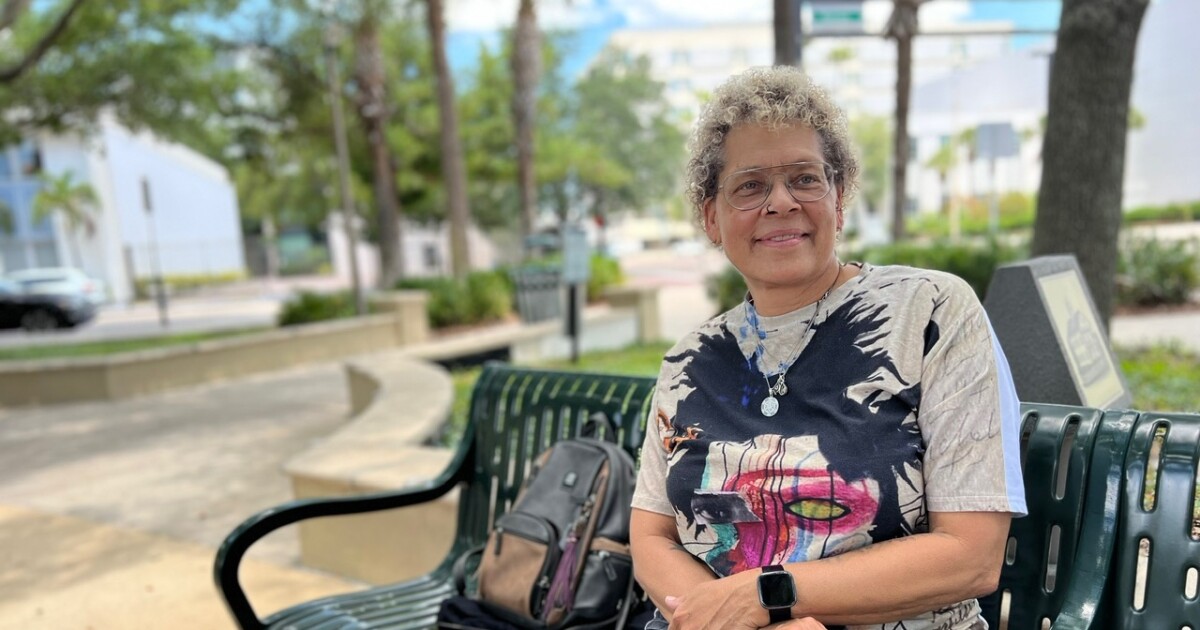 A Clearwater poet needed an abortion to save her life. Now she fights to preserve Roe

The potential overthrow of Roe v. Wade inspires many people who have had abortions to speak out about their experiences, including Clearwater poet Mona Bethke.

She performed at the Bans Off Our Bodies rally in Tampa last weekend and opened up about survivor assaults and her past abortion.

“My body is a temple, my body is a temple,” Bethke, 64, read to a crowd of hundreds of protesters. “Do not destroy this place and create a life of pain, refrain from stripping dignity under the guise of the Holy Trinity. Religion should not marry laws to justify an anti-abortion clause,” he said. – she continued to the applause of the crowd.

Sitting on a park bench after the rally, Bethke explained that her abortion experience some 30 years ago was painful. Her abusive ex-husband raped her while they were still together and got her pregnant. They already had a daughter and she was planning to have the baby.

“Then he came home drunk one night and beat me up, and I had to go to a clinic and they [doctors] were like, ‘You have a hemorrhage, you’re going to lose this baby, you have to have an abortion,’” Bethke said.

She remembered that her father had taken her to the clinic.

RESOURCE: If you or someone you know is experiencing domestic violence, you can call 800-799-7233

She kissed her daughter a lot when she got home. Bethke said she always celebrates the child she expects to have every year on July 3. She said she had to choose to save her own life that day, but as difficult as it was, she knows it was the right decision.

She added that her husband continued to abuse her and aborted another fetus while she was pregnant with twins. The other child is thriving, she says. Bethke has finally left the man behind and is sharing her story of survival so others can be inspired.

“I could have given up, but I decided instead that I wanted to try to make an impact and affect the lives of other women,” she said.

After her poetry performance, several people approached Bethke to thank her for sharing and relating their own experiences of abortion and abuse. She remembers a woman who approached her in tears. She was around the same age as Bethke and also had an abortion when she was younger.

“She said, ‘I’ve lived with guilt all these years and now I can let it go.’ Boom, that’s why I do it,” Bethke said with a smile.

Bethke said she is concerned for survivors of sexual assault who are not protected from many of the new abortion restrictions passed across the country, including Florida’s new abortion ban after 15 weeks.

She also fears what could happen to pregnant parents who experience medical emergencies like she did. Florida law has exceptions if the life of the parent or child is in immediate danger, but Bethke said that’s hard to define.

“There are too many gray areas, I guess that’s what worries me the most. None of this is black and white, it’s all gray,” she said.

Bethke has vowed to continue fighting for abortion rights through poetry and activism, and encourages others to do the same.

WUSF wants to know what conversations you are having about abortion rights. Fill out our form, and if you wish, a journalist can contact you.