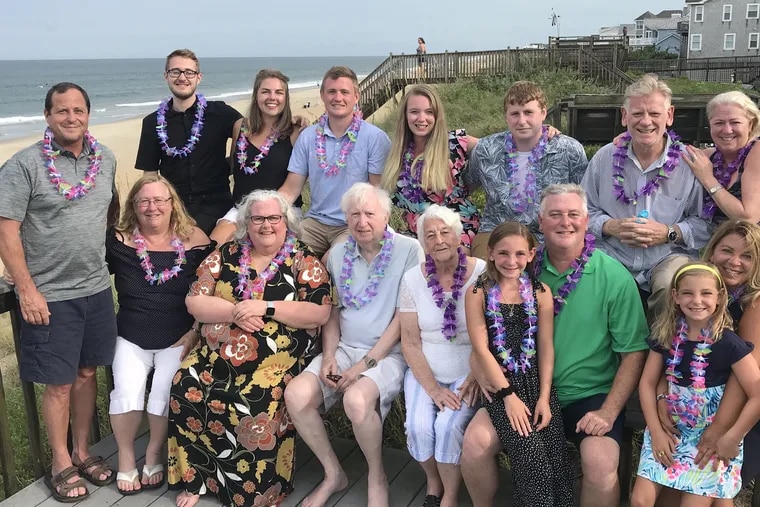 A long and well traveled life together

Wayne was waiting to see the dentist at Nouasseur Air Force Base when he noticed a newly arrived, very pretty nurse on his orientation walk through the military hospital.

He spoke to a nurse he knew, who arranged a small meeting in October 1958 so that Wayne, first lieutenant, pilot and communications officer from Easton, Pennsylvania, and Gerri Blum, second lieutenant and nurse from Abbeville , SC, can meet.

Gerri and Wayne saw each other on the small base near Casablanca, Morocco, every day without trying. Then a man conscripted into the army started a theater troupe. Gerri and Wayne joined the cast of William Inge Bus stopand the daily rehearsals were an opportunity to really get to know each other.

Gerri is from the rural south, where her high school class numbered 34, everyone in town knew each other, and a good portion of the adults worked in the cotton mill. Wayne’s Easton High School was 10 times bigger. The small northern town had a large immigrant population, and he traveled frequently to New York.

They shared an openness to meeting new people and trying new things. A month after their introduction, he invited her to a French restaurant, where they both ate snails for the first time and loved it.

Other dates followed, in rapid fire.

“He was so funny, and more importantly, he was very calm, and I felt so well taken care of and so comfortable being around him,” Gerri recalled.

“We found it so easy to talk to each other, and even though we came from different backgrounds, we just clicked,” Wayne said. “I had been saving up to buy a car, and just before the end of the year I decided, well, there was a better use for that money – an engagement ring and a wedding band.”

Early on New Year’s Eve, Gerri prepared veal cutlets and spaghetti for Wayne in her communal kitchen. Over dinner, he showed her the ring from the job swap and asked her to marry him. They kissed long before midnight – an officer had to stay on duty all night, and that night it was him.

A few days later, the couple, who are now both 87, began working on what they thought was a simple plan: to trade “I dos” at the base chapel. There was nothing simple about it: an agreement between the American and Moroccan governments aimed at discouraging the military from marrying locals also prevented Gerri and Wayne from legally marrying on the base. An off-base civil ceremony required a lot of paperwork, including copies of their home country’s marriage laws, financial statements, health reports, and clearance from the base commander.

Their attorney called Wayne to say it was finally settled and Wayne called Gerri. “Do you want to get married tomorrow?” He asked. “That seems good to me !” Gerri said, assuring her that she would be fine even if she was on duty all night.

The couple asked friends Yvette and Irène – civilian sisters who worked on the base and spoke French – to be their witnesses. On February 14, 1959, a local official led them through a brief ceremony that the couple could not understand.

“From time to time, one of the sisters would nudge us and whisper, ‘Say yes! said Wayne.

Gerri and Wayne thought they were married when their officiant shook their hands and gave them a certificate. It wasn’t until later that the couple realized it was Valentine’s Day.

Wayne went to the officers’ club for a celebratory drink with friends, and Gerri – exhausted from her night shift and the big event – ​​returned to her quarters and went to bed.

Gerri continued to live in his quarters and Wayne in his. They were married, but they didn’t feel married, Gerri explained.

The legal ceremony, however, paved the way for a religious ceremony in the base chapel. She bought lace in Casablanca and mailed it to her mother and aunt, who sewed a wedding dress. Her mother delivered the dress to an air force base in South Carolina with a special request. A pilot placed Gerri’s dress in the bomb bay of his B-47 and delivered it to Morocco three days ahead of schedule.

On March 21, 1959, the base hospital’s chief surgeon walked Gerri down the aisle. The deputy base commander and his wife replaced Wayne’s parents. Three nurses and three officers made up the wedding party. And the base chaplain – who happened to be a Methodist, just like Gerri and Wayne – guided them through the vows in English.

The couple moved to an apartment on top of a glacier in downtown Casablanca. Gerri was pregnant when they honeymooned in England and Naples in October 1959.

A few weeks later, they were released and flew to South Carolina, where a combined baby and bridal shower was held for Gerri, and Wayne met his in-laws. They traveled to Pennsylvania so Gerri could meet hers, then moved to Baltimore. where Wayne worked for Westinghouse for three years and where their eldest, Karen, was born.

The couple then moved to Long Island, where daughters Kathy and Alane joined the family, and then to Sudbury, Mass., where their son, Craig, was born. The family lived there for 35 years. Wayne has worked for Sylvania and Raytheon. Gerri has worked as a school nurse and public health nurse.

“I have to brag about my wife – she got her bachelor’s degree, her master’s degree and did everything except her doctoral thesis. at BU — while working and raising kids,” said Wayne, who earned his MBA from Suffolk University in Boston.

In 1993, Raytheon asked Wayne to go to Munich, Germany, and the couple headed off on what was supposed to be a three-month stint. “More than once on a Friday night we would decide to go to Paris for the weekend,” Wayne said. “We were trying to fit in as much as we could!” The company kept extending his stay. After a year and a half, Wayne was appointed vice president and asked to open a subsidiary in Frankfurt.

There were more trips over the next two and a half years, including a 35th anniversary trip to Morocco in 1996. Their former base is now Mohammed V International Airport, but the hospital building and club officers were still standing, and their old building still had an ice cream shop downstairs.

Wayne was sent on a final pre-retirement assignment to Taipai, Taiwan, where Gerri became a tour guide at the National Palace Museum.

The couple retired to Anderson, South Carolina, so they could support Gerri’s mother, who was 87 at the time. Twenty years later, they decided to reach out to their family members in case they ever needed help. With a son and daughter-in-law in Maple Glen and a grandson in Phoenixville, they chose Hatboro. The couple meets at least once a year with the whole family, which now has five grandchildren. They explore the area and talk a lot.

“We don’t just love each other, we love each other,” Wayne said. “We’re going to sit in our living room and chat – it’s intellectual love as much as physical love, and I think that’s very important.”

“We discuss all off-limits topics — religion, politics, sex — as well as some things that happen here at our seniors’ facility,” Gerri said.

They argue in the small spaces between their views – she tends to be more concerned with the social justice aspects of issues, while her biggest concern is corporate health. “But we try to say things in a way that doesn’t bother us,” she said.

“I know without a doubt that he loves me, that I’m the No. 1 person he would do anything for,” Gerri said. “I feel so safe with him.”

The couple, who will celebrate their 64th wedding anniversary on Valentine’s Day, plan to take a Paris river cruise and a Great Lakes cruise next year.