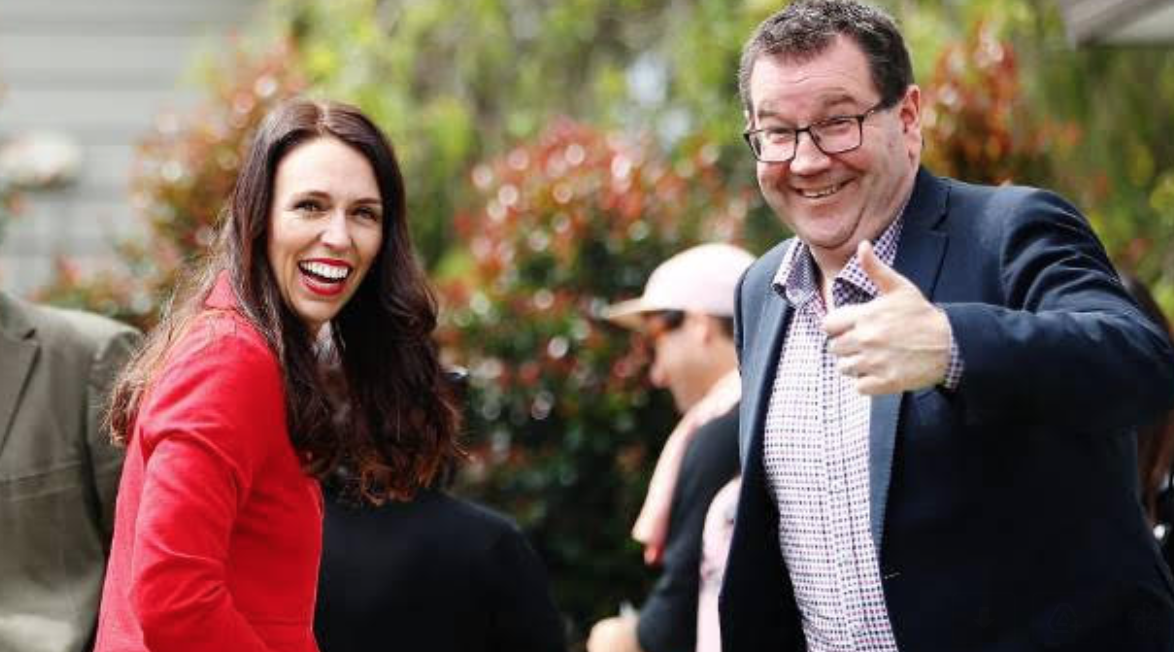 Accidentally proceed to the rich – on purpose

THERE IS NO DISPUTE to the shock value of the statistics gathered by Bernard Hickey in his latest Kaka podcast. What they show is that in responding to the Covid-19 pandemic, the New Zealand government has transferred far more money to the corporate sector and owners than it has to beneficiaries and the working poor. Or, as he puts it: “The Labor Government, backed by the Greens, presided over policies which accidentally and deliberately engineered the greatest transfer of wealth to owners of assets from current and future tenants in the history of the New Zealand”.

Well… maybe. The problem with statistics is that they are usually presented without regard to context. To be honest, that’s probably a good thing. I don’t think it would be very helpful (or ethical) for the Statistics Department to encase its data in a shell of biased ideology. In the American detective show of the 1950s, Pickup, the hero’s signature line was: “Just the facts.” Seems fair to me.

So let’s not argue the facts. I’m sure a financial reporter of Mr. Hickey’s experience has the numbers right. What I am much less sure of is whether his interpretation of the facts makes much sense.

In a nutshell, what Mr. Hickey seems to be saying is that in a shamelessly capitalist nation, a government elected on the basis of the votes of the middle class (i.e., landlords), has assured that the massive transfers of money needed to keep the economy afloat in the midst of a global pandemic went to the capitalists, and the people they voted for really, really, really didn’t want to lose.

Well, duh! Who would have thought?

And, with all due respect to Mr. Hickey, it is simply easy to witness the horror and outrage that the perpetrators of this exercise in maintaining class (and, let’s be honest, racial) privilege have been Labor and Green politicians. Labor relinquished its historic role as a friend of the working people in 1984 – nearly 40 years ago. Moreover, since the introduction of “Rogernomics”, the Labor Party has occupied the Treasury benches for almost 14 years in total. All the while, he made no serious attempt to dismantle the neoliberal regime he created. To expect Jacinda Ardern to behave like Mickey Savage is just silly.

My question to Mr. Hickey is: how could he have persuaded this House of Representatives, made up more or less entirely of MPs committed to the preservation of the New Zealand capitalist system, to adopt policies which differed in significant of those actually implemented by the Labor government of Jacinda Ardern? Not to mention that during the early months of the Covid-19 pandemic, the Prime Minister was dependent on the support of NZ First – a party that believed capitalism could and should do better.

Presumably, Mr Hickey thinks New Zealand parliamentarians, alerted to the sheer bloody iniquity of their Covid response, should have felt compelled to come up with something much kinder and fairer.

But why would they feel compelled to do so? Just recently I learned that in the United States the friends of capitalism (about 90% of the country) not only believe in the doctrine of laissez-faire – French for letting the market tear itself apart – but that they also subscribe to what they call “lazy-equitable”. Apparently, because so many underprivileged are lazyit’s only fair that they are poor. I know, I know, that’s a horrible thing to say – although I’m sure it raises a good laugh among the entire Country Club. But you know what? Although they would never repeat such an awful ‘joke’ out loud, there are plenty of Kiwi MPs (some of them in the Labor Party) who wholeheartedly subscribe to the underlying philosophy of the ‘deserving poor ” and “undeserving”.

Worse still, there are hundreds of thousands of ordinary Kiwi voters who subscribe to the exact same philosophy – with bells on. The terrible truth about New Zealand politics is that virtually all of our political parties are too scared to suggest anything like the massive transfer of wealth to ‘current and future tenants’ which Mr Hickey clearly thinks the government’s Covid response should have targeted.

The only way such a transfer could have happened is in a political context dominated by the electoral success of a party aggressively representing the interests of the working poor and beneficiaries. Assuming such a party draws most of its support from the 700,000 eligible voters who declined to participate in the last election, its impact on what politicians consider both possible and acceptable would be enormous.

The problem, of course, is that every party that has tried to mobilize these voters has failed miserably. The Internet-Mana Party may have had a brilliant manifesto (so brilliant I voted for it), but its share of the Party’s vote in 2014 was a disheartening 1.42%.

In other words, if all “current and future tenants” had voted for Internet-Mana in 2014, its ideological and political influence would have made Labor’s Covid-19 response over the past 21 months unthinkable.

And that’s what I mean by statistics without context that don’t mean much. For the only people who mattered – the people who voted – Jacinda Ardern and Grant Robertson’s Covid response was good enough to see them return to power with 50% of the party’s vote. That Mr. Hickey is surprised that the values ​​of politicians tend to mirror the values ​​of their supporters is in itself surprising.

If he wants a revolution, Mr Hickey will have to do more than denounce Labor and the Greens on Substack – he will have to organize one.

Changes in libido: what happens to your sex life when a baby is on the way?