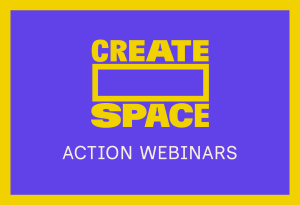 The Advertising Council Australia (ACA) today announced a new series of webinars to support industry action on diversity and inclusion, as outlined in the first phase of the Create Space action plan.

The webinars will focus on how to implement recommended actions aligned with the three initial focus areas: gender inequality, mental health, and microaggressions. Further actions will be announced in 2023, with the census to be repeated at the end of next year.

The first webinar on Tuesday, October 18 will provide practical advice on designing and implementing gender-neutral parental leave policies, measuring and reducing gender pay gaps, and how to become an employer of choice for young people. female talent.

The second webinar on Thursday, October 27 will focus on de-stigmatizing conversations about mental health in the workplace and the importance of training people in mental health first aid. Upcoming webinars on sexual harassment and microaggressions will be announced soon.

Hannah Sturrock, ACA’s National Engagement Manager and Head of D&I, said, “We know it can feel overwhelming to embark on a long-term culture change program, but we encourage all companies to download the report and action plan Creating space and taking one step at a time, one action at a time, to help create an industry where everyone belongs.

“Our new webinar series will make those first steps a little easier.”

Census data from Create Space revealed that although Australian advertising is a predominantly female industry, 1 in 4 female middle managers are likely to leave the profession due to a lack of inclusion, while almost one third of respondents said they had a mental health problem. , which exceeds the Australian average by 15%.

Action webinars are free and open to members and non-members. ACA members will be able to access the recordings thereafter. Additional resources and training are available through the Create Space Hub.

Do you have anything to say about this? Share your opinions in the comments section below. Or if you have any news or a tip, email us at [email protected]

A compromised, lockout-influenced season ends today for the Orioles