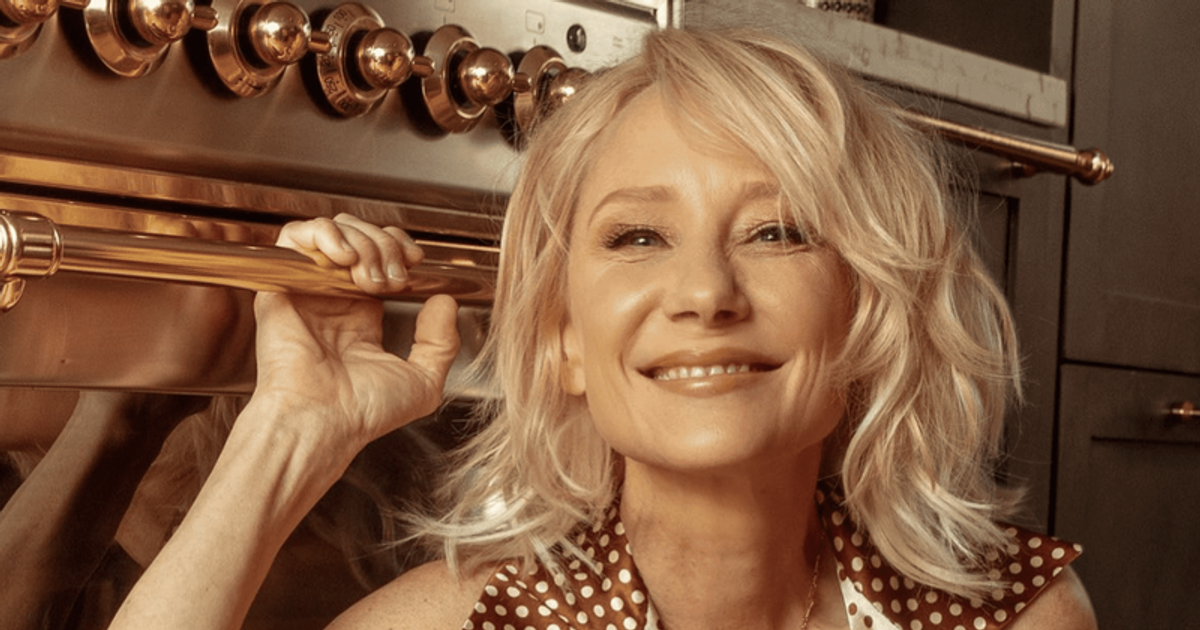 LOS ANGELES, CALIFORNIA: A week after her car crashed into a house on August 5, actress Anne Heche has died. She was suspected of being drunk while driving, but it was later discovered that she was under the influence of drugs. After being seriously burned and injured, the actress was declared brain dead on August 12. According to her rep, who spoke to TMZ, the 53-year-old star’s heart rate was being maintained to preserve her bodily organs for donation. According to the representative, under California law, a person is considered dead if they are unable to use their brain, as is the case with Heche.

Heche, who is known for her performances in “Psycho” and “I Know What You Did Last Summer,” was spotted driving through the Mar Vista area last Friday, August 5, and nearly collided with a person on sidewalk. She then drove into the carport of another property and hit a second car, but was not injured. She then took the car and quickly crashed into a two-story residence, causing her vehicle to instantly catch fire.

‘A sad outcome’: Internet love pours in for Anne Heche after she was declared brain dead

Reportedly, Heche had produced a now-deleted edition of the “Better Together” podcast on the day of the accident, in which she allegedly consumed wine and vodka live. However, the producer, Ryan Tillotson, went on to say that the program was documented two days before the incident. In a slurred speech on the show, Heche revealed that she had a particularly bad day. She also started joking about drinking with co-host Heather Duffy. She added that they received a free drink from Refined, a vodka company that funded one of their programs.

10:00 a.m. August 5: Heche was spotted at a wig store where she bought a red-colored wig

In Venice, California, Heche visited the Glass Hair Design salon and purchased a red wig the day of the accident. In a later interview with Entertainment Tonight, shop owner Richard Glass said he didn’t observe anything unusual in the actress’ conduct. “She wasn’t speaking in cursive, I say that when people are altered. They speak in cursive like you’re articulating your words. But she wasn’t,” he said. “She was very, very cordial. Very kind and very polite. The whole encounter lasted maybe 10 minutes, it wasn’t huge, but it was still strange and random. It was an incredible interaction and gentle.”

10:30 a.m. August 5: Heche was caught driving at high speed along Mar Vista, nearly hitting a person and destroying a garage

Heche began driving at high speed through Mar Vista after leaving the wig store. Around 10:30 a.m., she made her first collision with the parking structure of an apartment building. Residents of the compound attempted to extricate Heche from the vehicle after the collision. However, the actress refused to shift into reverse and accelerated. After the first collision, a doorbell camera captured Heche’s blue Mini Cooper passing a house on South Walgrove Avenue in the Mar Vista area at over 90 mph. She nearly hit a pedestrian on the sidewalk before hitting a Jaguar, according to TMZ. The driver of the Jaguar was uninjured and she quickly drove off.

Moments later, Heche struck a two-story building on the same block, setting both the building and his vehicle on fire. The Los Angeles Fire Department says the accident resulted in structural deterioration of the home after being subjected to intense flames. The LAFD said in a statement it needed 59 firefighters to douse the flames. It took firefighters a total of 65 minutes, and the house is no longer habitable. The occupants of the building were not injured as they were in the backyard when Heche crashed into the entrance of the house.

Neighbor David Manpearl’s door camera captured the entire incident. David’s home office overlooks his lawn and is located on a street five houses from where Heche collided. In an exclusive interview conducted by the Daily Mail, David said: “At around 10.50am I heard a car go by at full speed and looked out the window where I saw the car driving about 90 miles on time. Within seconds I heard a big crash, at which point I ran outside in my flip flops because I knew someone was hurt and I was right”

David claimed he sprinted in the direction Heche’s car hit the house. “Before I approached the car, I saw the resident of the house standing barefoot in the rubble. She was in shock and frantically asked me to help her get her pets out of the car. house. I was able to get the leashes for her two small dogs. and escorted her out the side of her house. She had her two dogs with her and a turtle,” he said. Heche was stuck between the airbag and the seat, according to David, when he rushed to the vehicle to help her. “I tried to talk to her several times, asking her if she was okay, but she wouldn’t answer, so I had to get closer. I was able to open the back door of the car and half crawl inside. This time, when I asked her if she was okay, she said no,” says the neighbor.

David claimed that when he told Heche to raise her hand to check if she was okay, she refused and growled. When David felt water pouring over him, he realized that another resident was spraying water from a pump on the burning car. my left, so I quickly got out of the car.” David then entered the house through the entrance and tried to put out the fire with another hose, but he quickly recognized that his efforts were ineffective since everyone The building was on fire. About 10 fire engines quickly arrived on the scene. David added: “I was sure the driver was dead. That she had burned. It took firefighters at least 30 minutes to extinguish the flames, extract the car and get her out of the car. I was surprised to find out that it was Anne Heche. I think I knew she had problems in the past.

A crane was used to pull Heche out of his car, a source told NBC Los Angeles. Footage showed Heche sitting on the stretcher and appearing to argue with firefighters as she tried to flee. Although she was photographed with a bottle of vodka in the cup holder of her car, officials eventually discovered that Heche was under the influence of cocaine and had no alcohol in her system at the time of the incident. the accident. Heche was rushed to Grossman Burn Center at West Hills Hospital. Although she was awake during her rescue, it was said that she fell into a coma soon after and never woke up. Her agent told ET, “She has a significant lung injury requiring mechanical ventilation and burns requiring surgery.”

The actress’ doctors officially ruled her brain dead and decided that her organs would be donated. Once his organs are preserved, his family will deactivate the life support system. “It has long been her choice to donate her organs and she is being kept on life support to determine if any are viable,” the family said. Her family said Heche had a huge heart and touched everyone she met with her generous spirit. “More than her extraordinary talent, she saw spreading kindness and joy as her life’s work, especially moving the needle for acceptance from who you love. She will be remembered for her courageous honesty and she will be greatly missed for her light.”

Heche’s death capped a devastating journey marked by trauma, mental health issues, substance abuse issues and sexual abuse from her father, who gave her genital herpes when she was just a child. a baby. Heche’s father was a devout Christian and choir director by day, and he used to abandon his family to hang out in gay bars. From the time Heche was a newborn until she was 12, he abused her. He also forced her to have sex with him while standing “on all fours”, Anne revealed in an interview.

After a talent agent spotted Heche in a small school production in 1987, he was offered a role in the television drama “Another World.” It was Heche’s first role. Although Heche had a successful career in the 1990s, she found herself in distress following a high-profile split from comedian Ellen DeGeneres. While Heche had never been involved in a relationship with a woman before, she quickly fell in love with the TV presenter. The couple began seeing each other in 1997. However, the couple separated in 2000 after three years of dating, and Heche began to experience a number of mental health issues.

When Heche later thought back to this time, she believed she had another identity which was the avatar of God and called herself “crazy”. She once showed up at a random person’s doorstep while wearing a bra and begged them to let her use their bathroom. In return, she promised to take them to heaven in a spaceship. She did it under the strong influence of ecstasy. Later in life, Heche recovered through treatment and resumed her acting career.