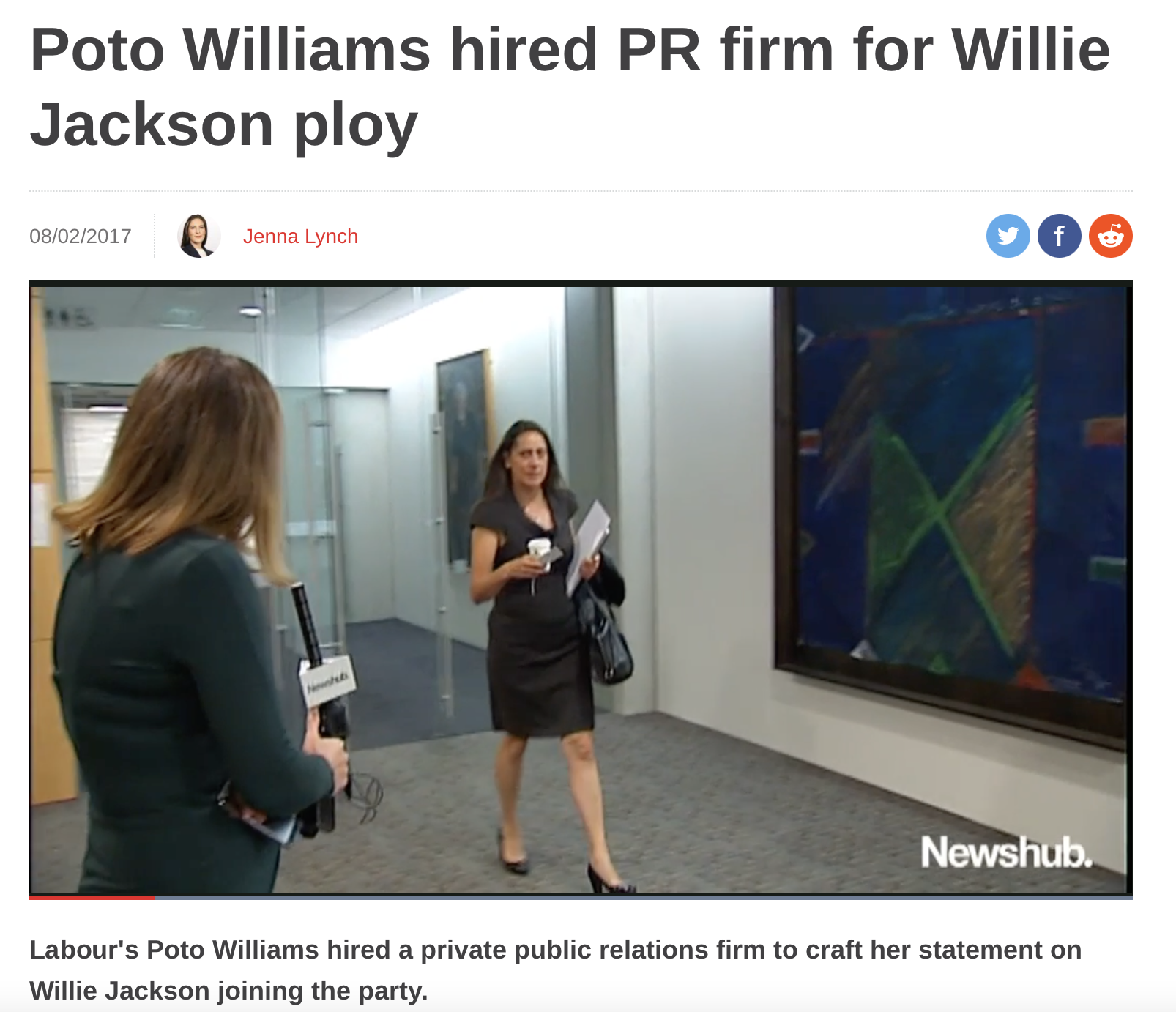 Police Minister Poto Williams refused to let the national police spokesman meet with the commissioner or any district commander, saying the cops were too busy for him.

Mark Mitchell took over the National Police portfolio late last year and has cried foul of Williams’ repeated refusals to his demands.

The Opposition MP and Williams also had a heated exchange in the House today, in which the minister accused ex-cop Mitchell of ‘disrespecting’ the police.

I never really liked Poto Williams. His attempt to smear Willie Jackson and prevent him from becoming a Labor member (a strategic move that ended up winning the 2017 Labor Party election) by hiring a PR team to promote a bullshit letter signed by 100 Young Labor activists (Where’s that letter with all those signatures now, I wonder? All at Standard?) has always left a bad taste in my mouth, so his latest disastrous attempts to smear Mark Mitchell are more up to the minister’s course.

Look, nobody likes Mark Mitchell, and they shouldn’t either, but he’s the opposition critic on policing, he needs to be allowed to meet with the top brass and talk to them.

These are basic things and yet Poto refuses to allow him to meet the police and then has the audacity to accuse Mitchell of “disrespecting” the police.

Mark Mitchell worships bloody police, of all the things he claims to be, “disrespecting the police” is not one of them.

It’s Poto Williams who plays little games and thinks they’re Machiavellian masterstrokes, then when she gets caught in Parliament doing it, she resorts to calling Mark Mitchell’s name.

It’s petty and it’s under the mana of Parliament and the office she occupies.

Let Mark Mitchell meet the police and critique their actual policy suggestions rather than playing games and calling names!

In light of the little spite Trevor Mallard showed at the Dumb Lives Matter protest, do we honestly think Labor should be playing this kind of politics?