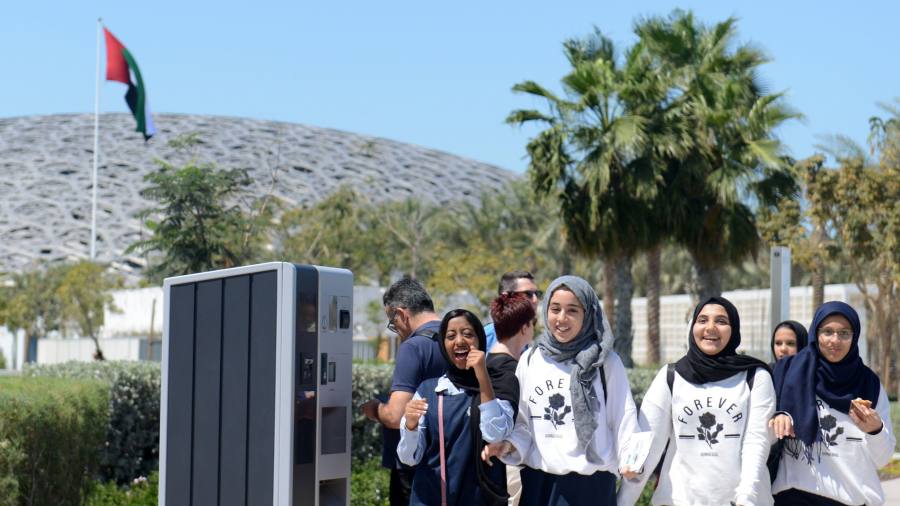 Teachers returning for the new academic year in the United Arab Emirates have been hit with yet another bureaucratic request. In a new code of conduct, one clause in particular jumped out: “refrain. . . to discuss gender identity, homosexuality or any other behavior deemed unacceptable to UAE society”.

The directive has chilled the teaching community in English-language schools, where much of the staff come from the UK and Ireland.

The school administration, responding to the perceived crackdown, removed rainbow flags from classrooms and told teachers to remove rainbow wristbands. The children were told that discussions on topics such as same-sex marriage and homosexuality were no longer allowed.

“Every time we walk into the classroom we are worried now,” said one teacher.

For many, the new school directive was just the latest sign that culture wars and clashes over identity politics in the West have arrived in conservative Gulf states.

Clashes are particularly acute in the United Arab Emirates, which has a large expatriate population. The government has liberalized liquor and divorce laws to attract foreign workers, but it must also heed concerns from conservative Emiratis who fear that homosexuality will soon be decriminalised.

The United Arab Emirates, one of the most liberal Gulf states, has largely adopted a “don’t ask, don’t tell” policy, tolerating gay people who hide their sexuality. Yet the growing promotion of equality in Western businesses and communities has forced the issue out into the open.

Multinational executives have lobbied the government to decriminalize homosexuality in a bid to expand the pool of employees willing to move to the UAE. An inclusive work culture, they say, is also key to attracting and retaining staff, especially in the knowledge-based industries targeted by the government as part of its strategy to diversify the economy away from oil.

“For the cultural and creative industries to thrive, there must be guaranteed civil liberties, individual liberties, free access to private funding – and tolerance, including for LGBTQ rights,” said Mazen Hayek, a media consultant based in Dubai.

Last week, US law firm Baker McKenzie severed ties with UAE lead lawyer Habib Al Mulla over Twitter posts he made in relation to a viral video in which young women gave their opinion on contemporary femininity. In the articles, he had suggested that other Emirati women sue the videographers for distorting UAE society. Mulla, who comments on social and legal issues from his popular Twitter account, had also previously described homosexuality as “ugly”.

Baker McKenzie issued a press release signaling the end of its partnership with Mulla, saying it wanted “an inclusive work environment for all”.

Mulla refused to apologize for his comments, which he described as rooted in his religion. “As a Muslim of Eastern culture here, this issue of homosexuality is a no, no – society will not accept it,” he said, echoing the views of many conservative Emiratis. “Live your own life, but don’t try to force this culture.”

The United Arab Emirates tolerates little dissent. As a result, it may be easier for citizens to express their outrage at homosexuality and other social issues than more overtly political topics, said Mira Al Hussein, postdoctoral researcher at Oxford University. , referring to the normalization of relations with Israel, unemployment and the rising cost of living.

“LGBTQ is a practical, non-divisive topic for many Emiratis to vent their rage on without appearing to be making political statements or demands,” she said. “Many of these people expressing their outrage on social media know they have the support of key individuals in government.”

The societal backlash is also being felt by Dubai’s thriving underground gay community. “People travel across the area to party here because it’s always been seen as a more tolerant haven,” said one gay resident. “You would see women dressed as men. Men made up. You name it.

But the parties have dried up in recent months, with attendees fearful of attracting the interest of authorities, the resident added.

A teacher has been encouraged to leave after a student told his parents they thought he was gay. Another was fined for “cross-dressing” while wearing the clothes of a female literary character to celebrate World Book Day.

The situation, added the teacher who had expressed his concern, was “difficult for any educator”.

Why isn’t sex an “engine” and how does libido actually work?