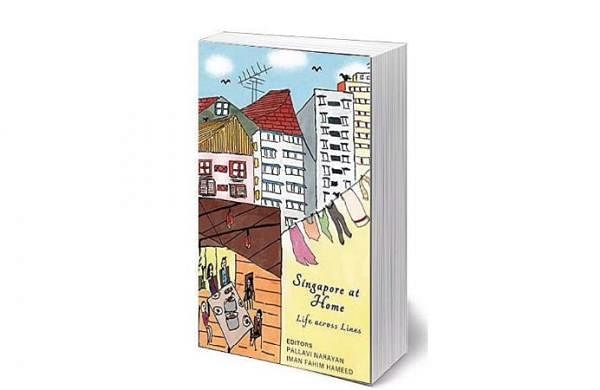 Book review | ‘Singapore at Home: Life across Lines’ is all about finding a home

As the third wave of the Covid-19 pandemic forces people around the world to work from home, there seems to be an urgent need to reflect on what “home” represents and means to different individuals. The way people experience their homes is not just shaped by where they live and with whom they live; it is mediated by their gender, sexual orientation, religion, nationality and marital status.

Singapore at Home: Life across Lines is an anthology exploring how home is felt, constructed and negotiated through 21 short stories of varying lengths. These fictional worlds feature characters from diverse socio-economic backgrounds in the multicultural Republic of Singapore. Edited by Pallavi Narayan and Iman Fahim Hameed, the book grew out of an “Ungender Home” writing workshop in 2018.

One of the promising stories is “Her Father’s Business” by Ken Lye which scratches beneath the surface of family unity and exposes the violence that awaits those who challenge the patriarchal status quo. When Ling’s academic success is celebrated by her mother, her father sees no reason to rejoice. He says, “She’s just a girl. She’s going to marry out of the family anyway. The parental obsession with marriage as a milestone recurs in Surinder Kaur’s story “Papaji’s Desire”. Daljit’s parents want her to marry a Punjabi man, but none of the matches arranged by them are suitable for her. She is happy to live alone but her mother thinks she should get married because “children are the greatest joy in a woman’s life”.

Can we feel at home without being rooted in a particular place? What is the relationship between feeling and memory? Does a house cease to be home when the people who make it warm and welcoming one day die? When does a place become a home away from home? This book raises such questions to ponder, so it may be a good idea to linger over the pages instead of reading it quickly from cover to cover.

Azeena Badarudeen’s story “A Bold Crossover (The ABC of a New Beginning)” revolves around Alyna, who seeks to establish emotional independence from her mother by purchasing her own apartment. Her upbringing in New York gave her the courage to make this decision after returning to Singapore. In a way, she resembles Daljit, whose ideas are influenced by her upbringing in Toronto. Being away from home for a short time causes them to look at their own situation from a new perspective. They become aware of possibilities that seemed out of reach not so long ago. Daljit and Alyna are free to make choices that were unavailable to their mothers. However, there are consequences that come with these decisions that they cannot escape.