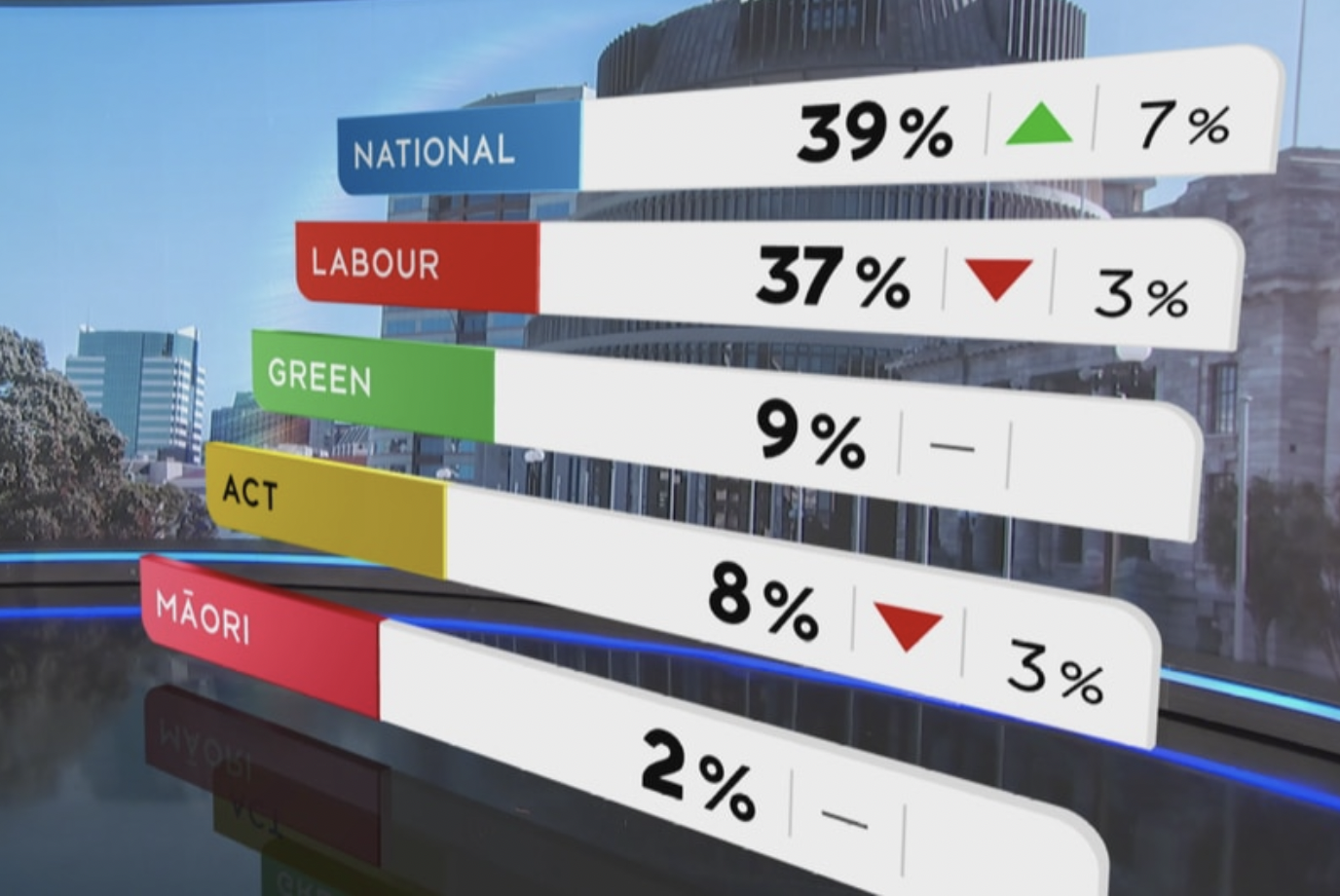 For the first time, the National beat Labor in a major poll.

This is a shock wave from a poll.

As TDB pointed out at the time, more than 50% of the protesters on the lawns of Parliament voted Green/Labour and came from rural and provincial electorates.

Labor of course lost that vote.

Labour’s failure to do anything meaningful about the cost of living crisis is pushing those who voted Labor hoping for transformative change straight into the arms of the National.

I think the way highly identifiable Labor and Green proxies on social media branded everyone who protested as “Nazis” probably didn’t help.

The Woke’s alienating devotion to attacking anyone who disagrees with them is also a problem.

It’s hard to pretend to care about poor brunettes while shouting NAZI at them.

The real danger for Labor now is that they cannot win without the Maori party and with the current level of criticism aimed at anything to do with co-governance, the ease with which ACT and National can paint a Labour/Green government /maori party is making the election almost unwinnable for the left now.

The political left has spent too much time on identity-based signals of political virtue and not enough time making people’s lives easier.

We could have done more to feed the kids, make public transport free, welfare, housing and supermarket duopolies, but we decided to do a whole lot of woke bullshit instead.

As economic anxiety mounts for the working classes in New Zealand, watch the response from the New Zealand political left.

For the 200,000 children living in poverty, 25,000 on emergency housing waiting lists and the generations excluded from home ownership, the response from the New Zealand left is a wakeful commotion.

Rather than focusing on jobs, homes, and poverty (because they’re tough), we get signals of virtue from the middle class.

The right cannot believe their luck.

You know things are bad when Chris Luxon, who owns 7 properties, can make Jacinda seem out of touch when it comes to a cost of living crisis.