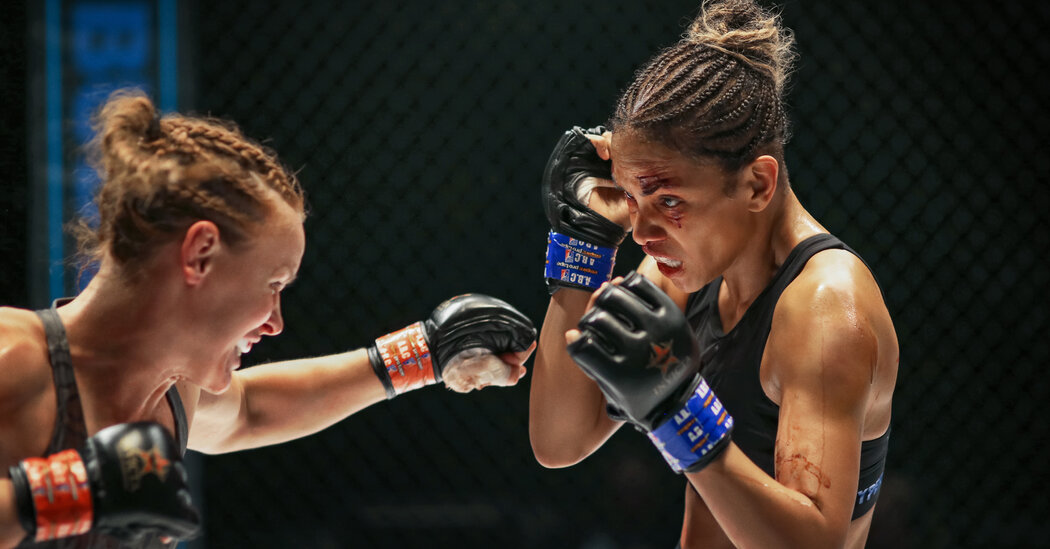 Actress Halle Berry makes her directorial debut with “Bruised,” a film that uses the predictable rhythms of a fighter’s return to create a showcase for hard-hitting performances.

Berry stars in the film as Jackie Justice, a former mixed martial arts star who was battered by alcoholism and an abusive relationship with his longtime manager, Desi (Adan Canto). When Jackie is recruited into a new fighting league, she is also defeated there. But her outlook changes when her young son, Manny (Danny Boyd Jr.), whom she once abandoned, is dropped off at her doorstep. Her vulnerability forces Jackie to face the failures of her past and build more positive circumstances in her own life. She’s moving forward with training – nurturing a constructive connection with a new trainer, Buddhakan (Sheila Atim).

Berry keeps the pace of his film slow. There’s no doubt Jackie will find redemption, but the film takes its time breaking out of the abjection, experiencing an almost masochistic satisfaction in witnessing the humiliations that precede a triumph.

Berry externalizes Jackie’s depressed state through his shaky camera and desaturated color palette. At times the film threatens to fade into anonymous browns and grays, but as a director Berry draws his energy from intensely physical performances. Berry puts her cast, herself included, to the test with brutal execution in the boxing ring, liberation from alcohol consumption and the catharsis of intimate sex. With the camera quickly picking up displays of blood, sweat and tears, every drop of tenderness feels like hard earned.