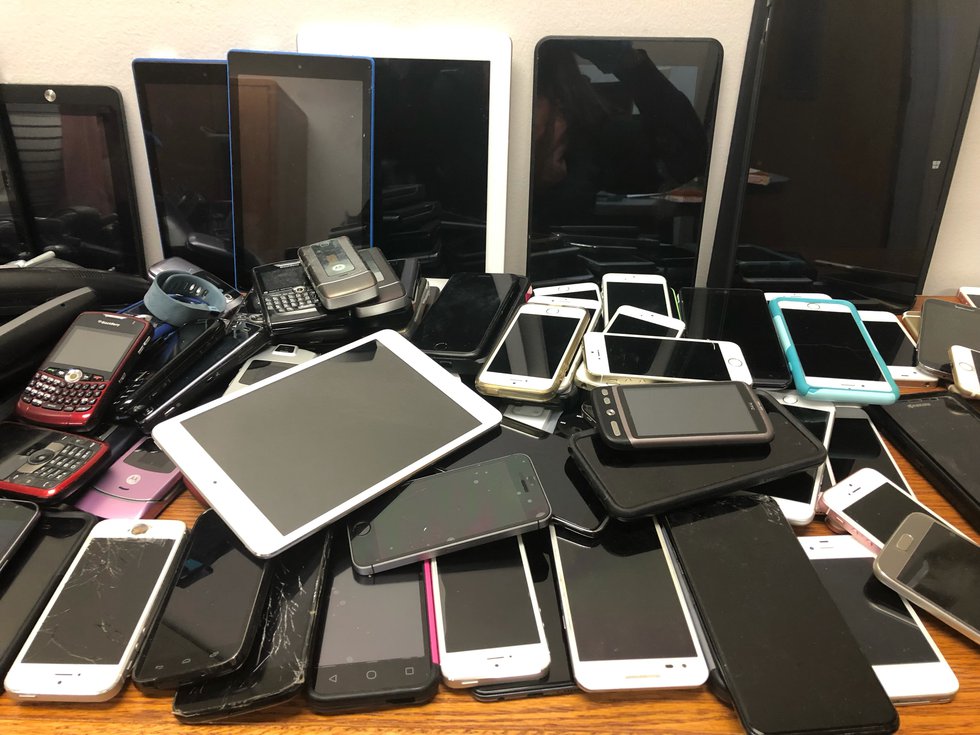 GREEN BAY, Wis. (WBAY) – A one-of-a-kind event to collect old, unused phones and tablets has turned out to be far more successful than organizers ever anticipated.

We first reported in February that Family Services of Green Bay was teaming up with local law enforcement to organize a device drive after one of the staff members learned from experience how children could easily access strangers on those older phones.

This prompted them to create an event for families to get rid of these devices quickly and easily.

“It went really well,” says Holli Fisher, program manager at the Sexual Assault Center in Green Bay. “We were very pleased with the results of the campaign.”

But honestly, Fisher probably would have been happy with just one device collected, knowing it reduced the risk of at least one child being exposed to online harm.

“It aligns with our goal of prevention, of preventing child sexual abuse, and I think when parents are aware of the potential danger, they want to do what they can to protect their children,” says Fisher.

Through her role at the Sexual Assault Center, Fisher sees firsthand the growing number of children being victimized by online predators.

“We know that most in-person child sexual abuse comes from someone known to the child, but as virtual exploitation it comes from strangers on the internet and on apps,” says Fisher. .

She says parents often have no idea their children are talking to someone online, until the police show up on their doorstep after being tipped from places like the National Center for Missing Children. and exploited.

Fisher says adults often think these old phones aren’t usable, but if kids can figure out how to connect them to Wi-Fi, they’re like new and then their online usage can go unsupervised.

But what about the devices we still use?

Fisher says keeping them away from kids isn’t the answer, especially as they get older.

This is where the focus shifts to education and knowledge, and there are specific things parents and adults can look out for.

“If a child uses their technology a lot on their own, so going to their bedroom or the bathroom, they’re not willing to use their phone or tablet in a common area where parents can monitor that, that could be a red flag,” Fisher warned.

Because it’s so easy to create fake profiles or steal someone’s identity online, she suggests not only monitoring activity and app usage, but also talking to kids for help. to ensure that this online friend is their true friend.

And for adults who say they don’t monitor online activity to respect a child’s privacy, especially when it comes to older children, Fisher offers a different perspective.

“I’m sure most parents wouldn’t drop their child off in downtown Green Bay in the middle of the night. It’s just not a smart thing to do as a parent, and you have to think of it as giving your child unlimited access to all these potential perpetrators,” says Fisher. “So, yeah, we want to trust our kids and give them independence and help them develop those critical thinking skills. It really depends on their age level, how much supervision versus how much conversation about what’s appropriate and what your expectations are, so it should be something that’s sort of graduated to their level, and it should be ongoing in terms of the technology education.