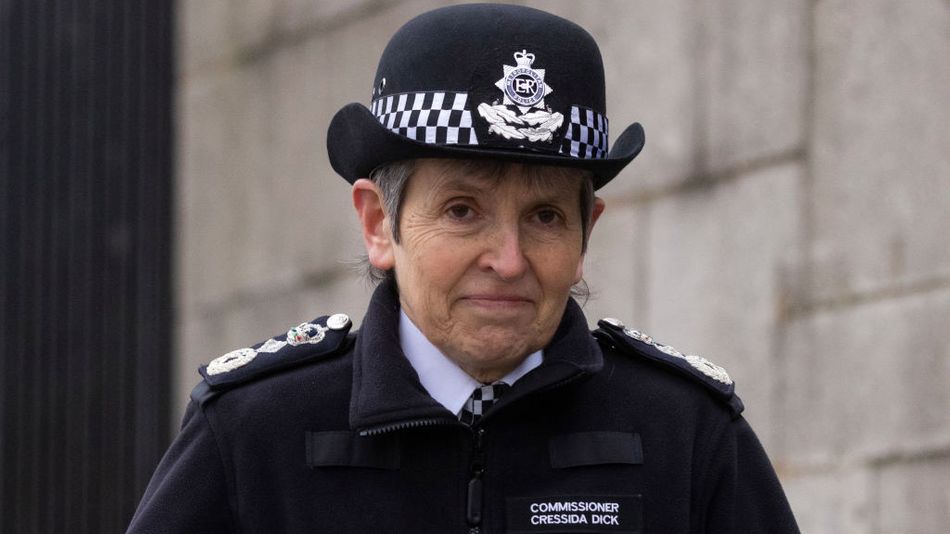 This week marks the first page of a new chapter for the Metropolitan Police as the recent resignation of Dame Cressida Dick should be a chance for a fresh start.

But this new chapter will only have a happy ending if the right choices are made now – the ones far too many police and politicians have struggled to recognize even exist, let alone those they’ve tried to tackle.

We encountered some of these issues last March when Sarah Everard disappeared. I gathered my friends to hold a wake, and we hit a brick wall. Everything has been done to intimidate and deter us. We just wanted to be with other women, in mourning, in solidarity and in defiance of a society that does not make our safety a priority.

But the more we advocated for women’s safety, the more we discovered the wrong attitudes and standards of the police. Women come to us with their own experiences of being laughed at, belittled, not believed or rejected.

One of the most harrowing and powerful testimonies is that of Mina Smallman, mother of Bibaa and Nicole who were murdered on their way home to Fryent Country Park in Brent. She spoke of being ignored and the racist assumptions that were made about her daughters.

Mina had to lead the search efforts herself, enlisting the help of friends and family. It wasn’t the police who found their bodies – it was Nicole’s boyfriend who had to endure this trauma. This experience was compounded when officers took selfies with the bodies and shared them with their friends.

Almost every week there is another terrible revelation about the Met. Some are hard to read – like the experience of Dr Konstancja Duff being subjected to a degrading strip search, and the offensive and threatening messages circulating as ‘banter’ at Charing Cross police station.

We should expect better from the institutions charged with protecting us. I still find it hard to believe that a Met officer on duty, who was supposed to protect women, told a co-worker that he would “happily rape” her.

I agree with the Independent Office for Police Conduct that “these incidents are not isolated or just the behavior of a few bad apples.” I believe there are institutional problems. A culture that at best is blind and at worst perpetuates sexism, misogyny, racism, homophobia, bullying and harassment.

In the Reclaim These Streets case we brought against the Met Police, we challenged them to prove they had carried out a proper risk assessment before banning our vigil. The evidence showed that they were more concerned with their own reputation than with public health or the safety of women.

An organization that focuses more on protecting its own leaders and reputation, and refuses to accept that there is a problem with its culture, will fail to restore trust.

My challenge for Cressida Dick’s replacement is: be brave. It won’t be an easy task to change the police culture and you may lose a lot of friends in the process.

Those brave officers who have spoken out in the past have done so at the risk of being ostracized, belittled or asked to find another job – but if your biggest detractors are the officers responsible for misogyny, bullying and discrimination, you are doing something right.

I hope the new Commissioner will take important and decisive action from day one. First, on-duty police officers who face allegations of misogyny, sexism, racism and bullying should be suspended immediately while the allegations are investigated. Findings of sexual misconduct should result in immediate dismissal. Women must be able to trust the police, not fear them.

Control and proper training need to be addressed urgently. Being a police officer is a huge public service, but clearly some are driven by power, not duty. Reviewing attitudes towards women must be part of this vetting process for new recruits, and there should be new checks on officers as they transfer between forces.

We also need a more robust approach to training for all serving officers, helping them to examine their own understanding of violence against women and girls – as well as equipping them to challenge the misogyny of their colleagues.

Whistleblowers need better protections so officers are empowered and supported to report when something is wrong.

And that’s just the beginning. Trust demands accountability, so the Home Secretary and new commissioner should welcome a truly independent statutory inquiry into police culture – one that examines the issue of institutional misogyny rather than viewing it as a bad apple .

It is a mistake that the Center for Women’s Justice has to sue the Home Office to demand this. I want political and police leaders to take this opportunity to be transparent as they work to rebuild women’s trust.

And finally, I hope the new commissioner is a feminist – whether male or female – because he should be a champion of equality. Women deserve nothing less.