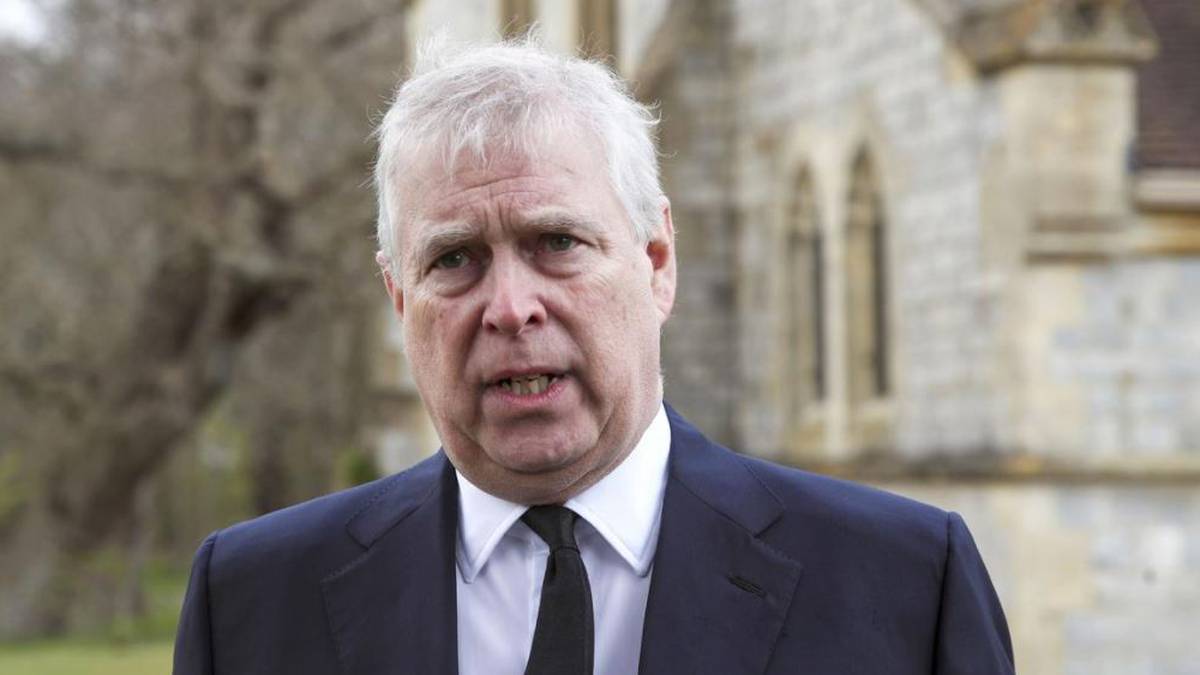 Daniela Elser: Prince Andrew in a position of strength if the Queen fell ill

The Queen has stripped Prince Andrew of his royal and military titles as he faces a sex abuse trial. Video/NBC News

Something amazing happened this week: A story came out about a member of the House of Windsor, a really shocking and quite horrifying story, and it wasn’t about Prince Andrew.

News broke on Wednesday of a new documentary which will air claims that the Queen’s uncle, the Duke of Windsor (formerly King Edward VIII), helped the Nazis invade France.

Andrew may have done some particularly dumb things over the past few decades — befriending autocrats, meeting with Libyan dictator Muammar Gaddafi and staying at the home of convicted sex offender Jeffrey Epstein — but he hasn’t, to our knowledge. knowledge, encouraged no foreign power to initiate military action against the United Kingdom.

But it says all you need to know about Andrew’s low standing in terms of public reputation that it takes another HRH to commit what looks like treason to make the 62-year-old look better.

The Duke of York is not only reviled publicly, he is also now persona non grata in every posh drawing room, boardroom and back room between here and Tashkent.

And yet… get ready… this week, if anything had happened to the 95-year-old queen, he would have been in charge temporarily.

See, under rules established by King George VI in 1936, the four oldest members of the line of succession over the age of 21 serve as Councilors of State. (The monarch’s wife is also a councillor.)

They are there to essentially act as stand-ins for the monarch if she is abroad or temporarily incapacitated and can carry out most of her duties, including signing routine documents and attending Privy Council meetings.

(They cannot do things like appoint a new Prime Minister and/or create peers and can only dissolve Parliament at the request of the Queen.)

Since Prince George and Princess Charlotte, third and fourth to the throne, are always in short pants, the current holders of these roles are Prince Charles, Prince William, Prince Andrew and Prince Harry.

You see the problem, right?

Of the four men in these roles, one has resigned from his royal duties and the other has been expelled over the worst scandal to rock the palace in a century.

That’s even though Harry (who is still legally domiciled in the UK given that he and his wife Meghan, Duchess of Sussex retained the lease on their Windsor Frogmore Cottage home) only spent around ten days out of the last 724 days on British soil.

And Andrew is, of course, about as useful as a paperweight, but less decorative.

Normally, the fact that two of the four advisers are now certified as royal black sheep wouldn’t really matter, but that situation has completely changed this week, with Prince William and Prince Charles leaving the country.

William and his wife Kate, Duchess of Cambridge, scoured the Caribbean as part of a “Please Don’t Leave the Commonwealth” charm campaign, which only moderately did the trick.

(On Thursday, the Jamaican Prime Minister told the Duke that the country was considering moving towards independence.)

At the same time, his father Charles and Camilla, Duchess of Cornwall, flew to Northern Ireland where there was not a single rum drink on offer, but they too were greeted by thousands of enthusiastic fans.

(At their first stop, Cookstown, an hour from Belfast, 3,000 people took to the streets to see the future king and queen.)

All of this was happening, of course, while back in the UK the bad news continued about the Queen’s declining health.

This week it was revealed she had installed a wheelchair-friendly lift in one of her favorite Scottish homes and plans were underway to hash her from Windsor to London to ensure she could attend the thanksgiving service for Prince Philip next week because the 50-minute drive would prove too demanding.

While everything points to her woes being entirely mobility-related, the past six months have been dominated by growing concerns for the 95-year-old.

She spent three months last year undertaking light duties, was hospitalized for an unspecified reason, missed Remembrance Day with a sprained back, had to pull out of the Cop26 climate conference and, more recently, was unprepared to attend the Commonwealth Day service at Westminster. Abbey.

We’re not exactly tickety-boo these days.

So it is in this context, when – for the first time – Her Majesty’s welfare is a real issue, the United Kingdom and the Commonwealth have found themselves in a truly bewildering position where, for 96 hours this week, if anything had happened to Her Majesty, it would be Andrew – ANDREW – who would have stepped into her shoes.

Let that sink in for a minute.

Realistically, if Her Majesty had sneezed twice, the aides would probably have flown Charles back on a plane and back to London at Mach 3.

The concern here is not what damage Andrew might have done had he been forced to replace his mother even briefly – the powers of a state councilor are more bureaucratic than anything – but the symbolism of the together.

That there is even the remotest of remote possibilities that he might be allowed to replace the Queen after the sordid events of the past two years simply defies belief.

What’s puzzling here is that the title of State Councilor isn’t another great appellation that got lost behind sofa cushions, and when Andrew was stripped of his remaining titles and patronages earlier this year, no one remembered to take it away from him.

Following the Duke of York’s settlement of the A$21.5 million civil sexual abuse case brought against him by Virginia Giuffre (he has always denied her assault allegations), the palace has confirmed that he will remain in his role as adviser.

(The Mirror also reported that the former naval officer was so miserable after his fall from grace that he was allowed to retain his honorary title of vice admiral to help boost his morale.)

All this despite the fact that public opinion is so firmly against him, it’s amazing. In a poll last month by the ultra-conservative and monarchist Times, 92% of readers said they thought Andrew should be stripped of his advisory role.

This situation is symptomatic of the much bigger and more malignant problem that Buckingham Palace has never dealt with, which is that they are, even now, unwilling to do what needs to be done when it comes to Andrew.

Every moment their lily white hands had to be forced to take action against him.

Remember: He only stepped back from his official duties days after the Newsnight interview, when the global tide of horror and anger grew too big to ignore in 2019.

This year, Buckingham Palace only defrocked him and stripped him of his remaining titles after a New York judge confirmed that his civil sexual abuse case would go to trial. Even in February, when it was revealed he had agreed to settle with Ms Giuffre, it seemed odd the move had only been taken because it was the Queen’s Platinum Jubilee year.

At no point did the Palace or the Queen take a stand and really make Andrew pay for his poor judgment in befriending Epstein or the fact that he spent days under his roof. At no time did the Queen really make her son feel the consequences of his actions.

Everything the royal house has done since this horrible chapter began, time and time again, is the minimum to quell the public acrimony.

The lack of leadership and moral backbone demonstrated by the palace is to the continued discredit of the monarchy.

Charles, Camilla, William and Kate are currently scattered around the world trying to keep the Commonwealth together, but there is one simple and powerful step the Palace could take that would be universally applauded and would go a long way to reinvigorating trust in the monarchy : Get rid of Andrew in all official titles.

No more vice-admiral titles to cheer him up. No need to be a State Councilor. No. Nothing. Zero.

More than 60 years after most parents realized how important it is to set limits for their children, it’s time for Her Majesty to put her subjects first and say ‘no’ to her over-bloated son .

And maybe, if she’s lucky, William and Kate will bring her back one of those good rum punches with an umbrella in it.

Daniela Elser is a royal pundit and writer who has worked for over 15 years with a number of top Australian media titles.