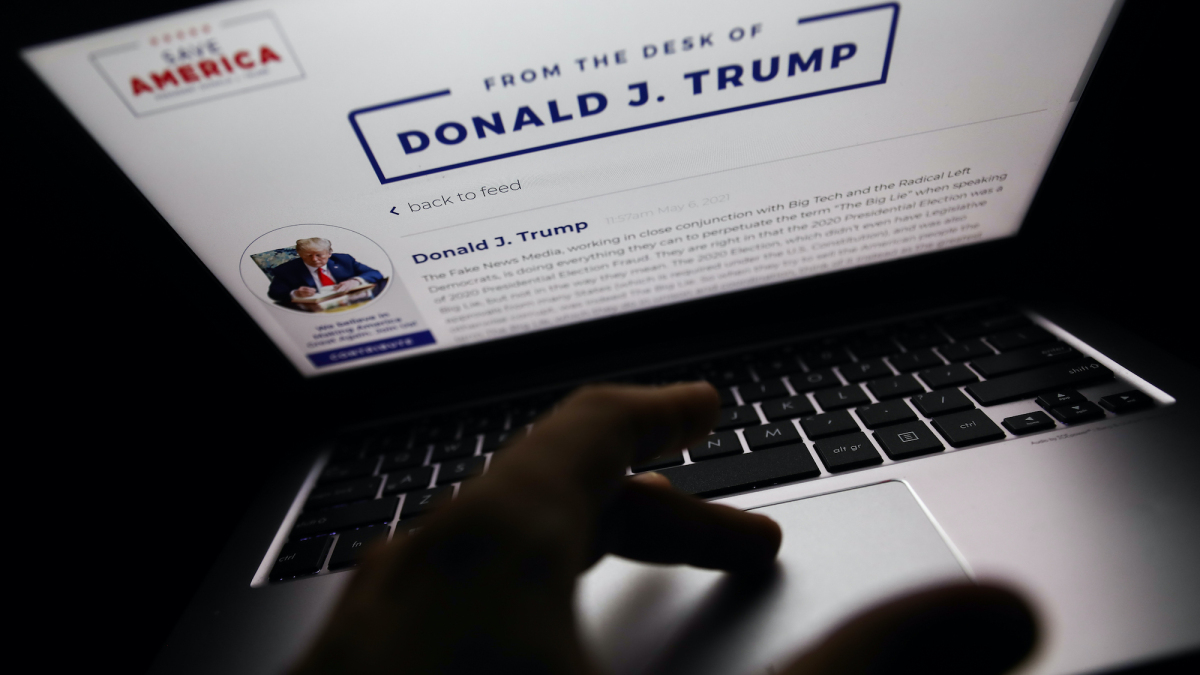 At least it lasted longer than Scaramucci.

Former President Donald Trump’s newly created blog was shut down just a month after its launch.

The outlet was dubbed “From Donald J. Trump’s Office” – and it basically served as a platform for Trump to complain about his problems … so … it was a blog.

As so many blogs have done, it fizzled out soon after it was launched and now it’s dead. Platform “won’t come back,” Jason Miller, a senior Trump official, told CNBC.

“It was just ancillary to the larger efforts that we have and are working on,” Miller said.

Trump only needed “From the Office” because he was kicked out of almost every major online platform after inspiring an insurgency on the nation’s Capitol. In fact, the the blog was created on May 4, just a day before the Facebook Oversight Board is supposed to announce a decision to suspend Trump from its platforms. The board maintained the suspension, but rejected the final decision on the road.

People were quick to react to the news of Trump killing his blog because, honestly, it was perhaps the most relevant thing he had ever done. Who hasn’t created a blog in a hurry before grabbing it a few weeks later?

Of course, the former president may be preparing for the launch of a new media venture. After all, the blogging world didn’t seem to suit Trump in the same way as rage tweets or Fox News interviews. also a NBC News report last month hardly anyone read “From the Office”.