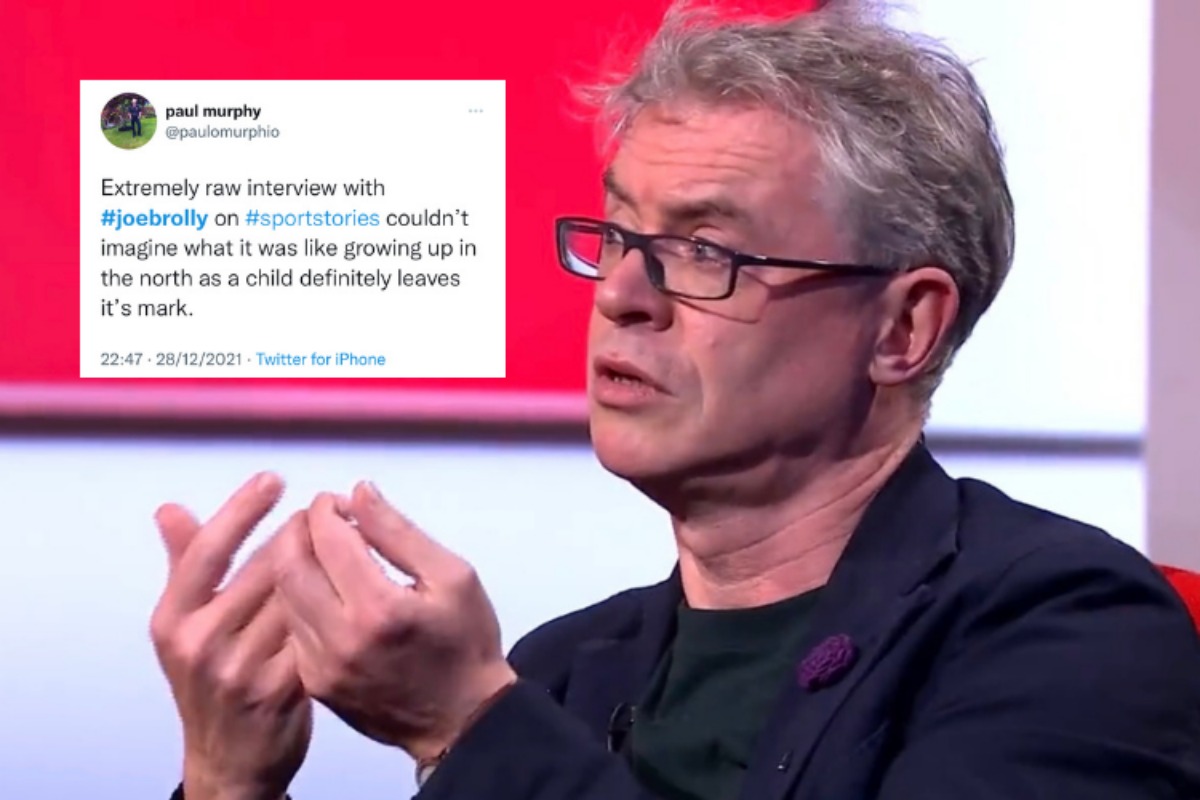 Brolly sat down with Tommy Martin for a conversation about warts and all, during which he discussed various topics including his experiences growing up in Northern Ireland and living during the Troubles.

“An orthodoxy started in the south that the northern nationalists were to blame. If they had just behaved and didn’t care about civil rights, it would have been fine.

“Completely ignore the reality of soldiers strafing people to death. “

The latter was a major theme throughout the interview, with the former Derry footballer, winner of All Ireland, sparing no detail while discussing it.

He revealed, “We were searched, kicked out of bed. It was a scary night and a lot of very serious things were happening.

“My father was interned, one morning they came and took him away. He was taken away for three years. We saw it several times during this period.

“One day there was a knock on our door and it was the shopkeeper next door saying, ‘you have to go get him’. He came home in triumph and it was never mentioned again.”

The whole conversation struck a chord with viewers, who took to Twitter to respond to the program.

‘paul murphy’ tweeted: “An extremely raw interview with #joebrolly on #sportstories couldn’t imagine what it was like growing up in the north as a child definitely leaves its mark.”

Most read in GAA Football

“Absolutely pathetic that ‘the newspapers’ try to denigrate her claims that the nationalists of the north have been abandoned by the south. Bernadette McAliskey echoed this last night because it is true! And sooner we will face the fact the better here is #joebrolly “

Finally, ‘Niall Murphy’ was brilliant in his rating of the show overall, saying, “You could listen to Joe all day when he’s like that and not fool around. Quality Interview + Show @virginmedia #sportsstories “

There was also praise for Martin’s interview style as the host, with “Joe Naughton” tweeting, “Gorgeous by @TommyMartinVM, just letting the raw emotion of @ JoeBrolly1993 lead the interview. #joebrolly “

One of the other topics covered in the revealing conversation between Tommy Martin and Joe Brolly was his exit from RTE and a comment he made about Marty Morrissey in 2015.

Analyzing a game between Cavan and Monaghan, Brolly joked that Breeffni’s football was “as ugly as Marty Morrissey” before adding “maybe I should apologize to the people of Cavan”.

He said; “I personally went to see Marty and I apologized for it. Marty always says I turned him into a sex symbol with this comment.

“This is something I really regretted. I shouldn’t have said it.

“It was improvised, and it was cruel. I made up with Marty.

“He’s a great guy, a lot of fun. My biggest regret is turning Marty Morrissey into a sex symbol.”