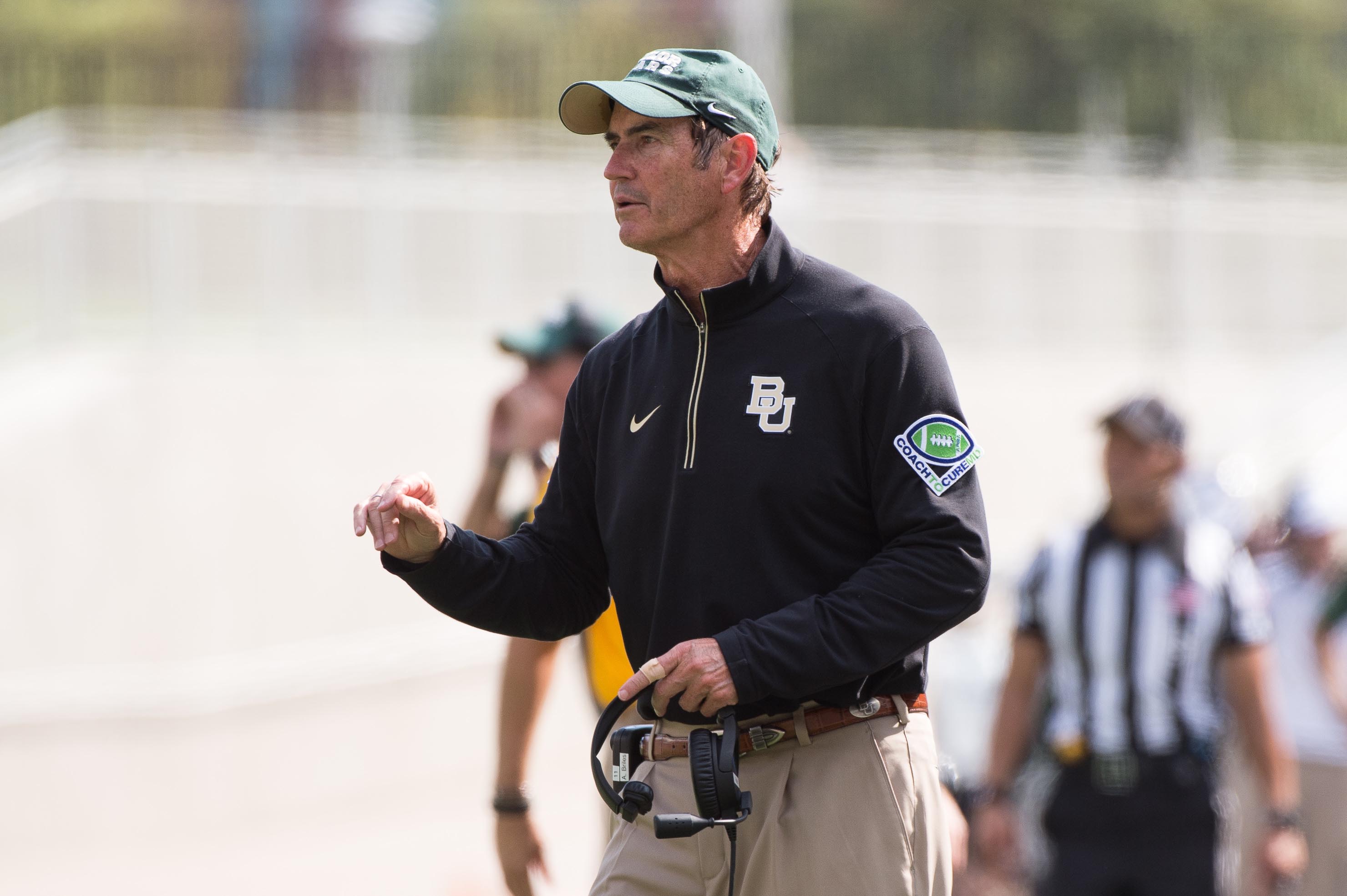 Art Briles is back in college football. The former Baylor head coach was hired from the FCS Grambling State program, where he will serve as offensive coordinator under former NFL head coach Hue Jackson.

Grambling State confirmed the hiring to reporters just hours after dismissing reports of the hiring as “rumors”.

A Grambling State team spokesperson has now confirmed the hiring of former Baylor coach Art Briles as Hue Jackson’s OC, per @bmarcello and @chris_hummer. The school does not issue a statement.https://t.co/uiVQWztKIO https://t.co/Z00XYDYkCA

Confirmation from Grambling’s spokesperson to reporters is the closest thing to an official announcement. Instead of a traditional press release, Briles will sit down for an interview with a TV station.

Briles has an interview with local TV station KTAL tonight, but the school is making no further announcements or statements regarding the hiring today.

This will be Briles’ first college football coaching job since being fired by Baylor over the program’s sexual assault scandal. Since then, Briles has coached high school football in Mount Vernon, Texas and an American football team in the Italian Soccer League in Florence, Italy.