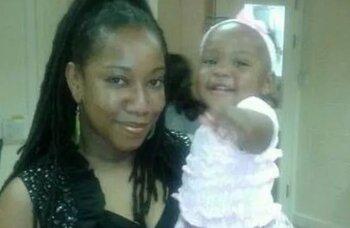 A leading domestic and sexual abuse charity is stepping up campaign efforts ahead of a historic parliamentary debate that will seek to mandate culturally appropriate training for police when dealing with black victims of abuse.

Sistah Space, which specializes in supporting women and girls of African descent who are victims of gender-based violence, has been at the forefront of efforts to bring their experience of dealing with racism and misogyny on the part of the police and other government agencies is legally understood.

The charity first rose to prominence when it launched a campaign to ensure black victims in their care always had a ‘safe space’ to go to when they fought against deportation by the Hackney Council last year.

Most recently, they garnered national support from politicians and celebrities to amass over 100,000 signatures to see Valerie’s Law debated in Parliament next week.

Ngozi Fulani, CEO of Sistah Space, said The voice that their “first-hand knowledge of the historical context” of the plight of black victims is crucial to what they face in an “inherently racist system”.

Through Valerie’s Law, the charity hopes to help mandate culturally appropriate training for police and other agencies to address the inequalities faced by black victims of domestic and sexual violence.

The law, which is named after Valerie Forde, was first proposed by Sistah Space after the mother-of-four was violently murdered along with her baby girl by her ex-partner in March 2014.

Ms Forde alerted police to ongoing threats her ex-partner had made to herself and her family, but after threatening to burn down their house, police recorded the incident as a threat to property and not as a threat to life.

According to Sistah Space research, despite 86% of black women are victims of domestic or sexual abuse or know a family member who has been assaulted, only 57% of victims said they would consider reporting a crime to the police.

Additionally, 85% of victims said they did not feel as supported by non-Black domestic violence counselors due to a lack of cultural understanding.

The historic debate, held just three days before the anniversary of Valerie Forde’s death, is backed by calls from Sistah Space urging people to contact their local MPs about the legislation.

Ms Oppong-Asare MP, who first raised the importance of Valerie’s Law in the Commons, has previously said The voice that the government’s response had “not been good enough” and that it was pushing ministers “to take action” on the law.

“I’m proud to support the campaign to introduce Valerie’s Law – which would introduce mandatory training for police and other agencies when dealing with domestic violence against Black women and girls,” he said. she declared.

“The shocking murder of Valerie Forde shows that the police must do more to help black women who are victims of domestic violence – and unfortunately, evidence from Sistah Space shows that many other black women do not trust the police to treat them fairly … We will not stop until we achieve these vital reforms.