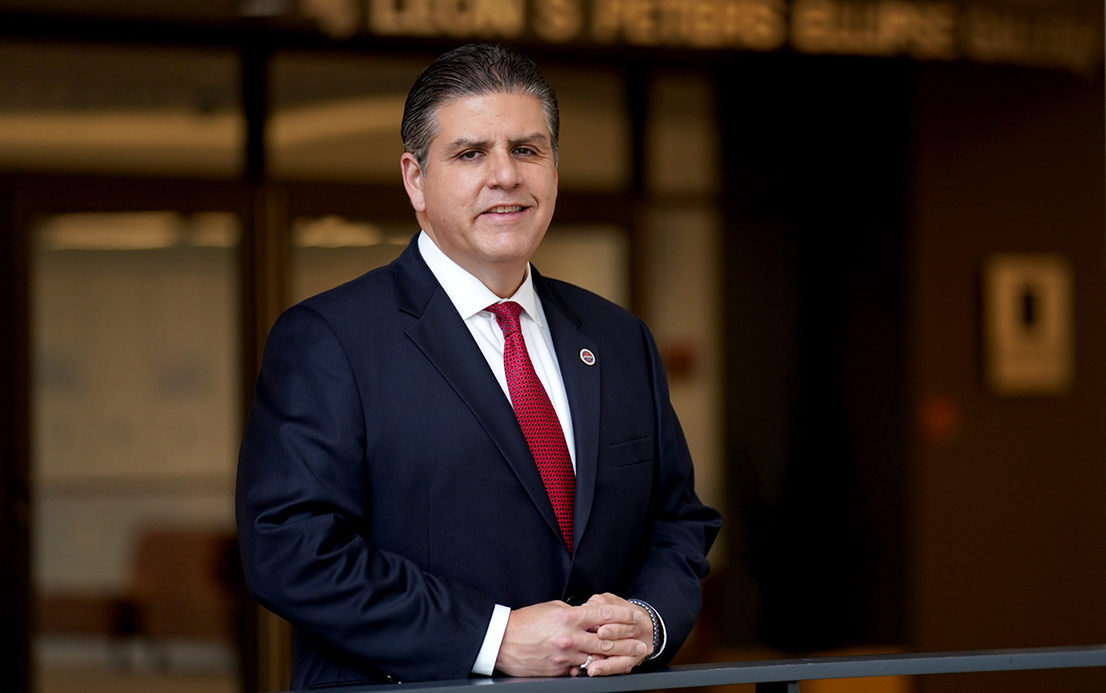 Several Cal State University employee contracts include a policy that guarantees them backup work somewhere in the CSU system.

For resigning CSU Chancellor Joseph Castro, that position is a tenured professorship at Cal Poly’s own Orfalea College of Business.

Castro resigned as chancellor in February after USA Today published an investigation into his mishandling of sexual misconduct complaints while he was president of Fresno State.

In a settlement and release agreement obtained by Mustang News, the CSU explained that Castro entered the executive transition program where he was granted “retirement rights.” He can choose to move his retirement rights to a position on another CSU campus or be named a full professor of leadership and public policy at Cal Poly’s College of Business.

According to the CSU website, Castro has yet to accept the job at Cal Poly.

“If Dr. Castro chooses to retire in a faculty position at Cal Poly, we are obligated to honor the rights granted by CSU,” said Cynthia Jackson-Elmoore, vice president of Cal Poly, during a meeting of the Academic Senate.

Under the agreement, Castro is now an adviser to the CSU board of directors and will receive an annual salary of $401,364 during the transition. The executive transition program will end on February 17, 2023, one year after his resignation.

Castro will also be paid for any unused vacation, sick time and other benefits. If Castro chooses to move from his Long Beach home to San Luis Obispo, he will be reimbursed for moving costs.

A USA Today report found that Castro did not act on those complaints until a formal Title IX complaint was filed. Castro handled that lawsuit by settling with Lamas, who received a letter of recommendation and $260,000 in the settlement.

Since then, the Fresno State Academic Senate, a governing body for the faculty, has drafted a resolution declaring a “lack of confidence in the Chancellor to lead, direct and administer his duties in the University system of State of California”.

CSU board responds by revising policies

On March 1, the CSU Board of Directors launched an independent investigation into Fresno State’s handling of sexual misconduct allegations. There will also be a system-wide evaluation of CSU Title IX practices.

Along with the Title IX assessment, revisions to CSU’s pension rights policy are being prepared. The revisions will bring consistency to this policy for all 23 campuses in the system, according to a CSU press release.

“The new system-wide policy will prohibit the return of an administrator to the faculty in certain circumstances, such as where the administrator has been found to have engaged in sexual harassment or other misconduct. serious,” the press release read.

Pension rights had already been used at Cal Poly when its former vice president of strategic planning, Erling Smith, ended that role and joined the architectural engineering department in 2010.

“Retirement rights are very important and valuable to our community,” Relyea said in the press release. “This possibility of retirement should be extended to people in good standing with the CSU, and not to people who have committed serious misconduct. The policy needs clarity, consistency and system-wide modernization, which is why we are reforming it.

The CSU board is currently developing a plan to find a replacement for Castro. Executive Vice-Chancellor and Chief Financial Officer Steve Relyea serves temporarily as Chancellor.

Reports, concerns, or questions regarding sexual harassment and other gender discrimination should be directed to a campus Title IX Coordinator or the system-wide TIX Compliance Office. Jamie Pontius-Hogan, Director of Title IX and Clery Compliance at [email protected] or (559) 278-5357.

FRC Blog » Raising awareness about the experiences of detransitioners