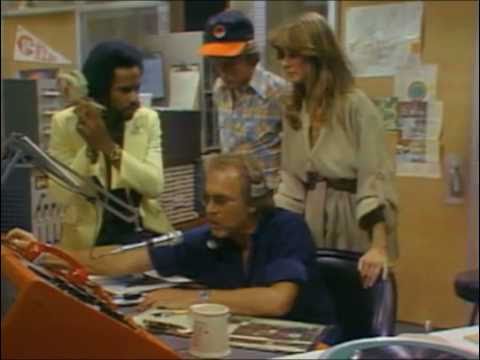 The classic segment on WKRP’s Thanksgiving in Cincinnati: (3 minutes)

Many thanks to perhaps the best Speaker of the House of all time, Nancy Pelosi. Sadly, now after Pelosi’s great leadership, America will see what lousy leadership is, a ridiculous investigation fueled by lies and misinformation. But the public will be spared the details by an almost 100% far-right corporate media outlet. They will shower Republicans with lies and misinformation. Can someone say Soviet Union?

We’re going to try to take it a bit lightly today. We need to decompress from midterm and relax for Thanksgiving.

A) Would we be remiss if we did not reflect on the tragedy that took place 59 years ago next Tuesday in Dallas, Texas?

B) As Speaker Pelosi steps down from her leadership role in the Democratic Party, who should be next in line for that role?

C) During a highly anticipated speech on Tuesday evening, who had to lock the doors to prevent people from leaving?

E) Once it became certain that the Republicans would have at least a majority seat in the House, they held a press conference to announce what they would do?

F) Thomas Jefferson refused to declare Thanksgiving during his presidency. Why?

G) Testimony in the Trump Organization Tax Fraud Trial Chief Financial Officer Alan Weisselberg indicated which members of the Trump family knew of and participated in the fraud?

H) After a week+, Arizona has a new governor. Who won?

I) President Joe Biden met for three hours with which other major world leader in Bali on Monday?

K) Which company whose employees were told they could no longer work from home ended up locking its doors so that employees could not enter the office for fear of sabotage?

L) Congress is holding hearings on establishing a nonvoting seat in the United States House for what group of people they were promised almost 200 years ago?

O) In 1953, a huge accidental order of turkeys by the Swanson Company led to the invention of what American dinner staple?

P) What percentage of Americans eat turkey on Thanksgiving?

Q) The Senate voted to suspend the filibuster for a bill that would protect same-sex and interracial marriages. How many Republicans voted against the suspension?

A) The world teetered on the brink of a possible escalation of Russia’s war on Ukraine as a missile struck in which third country, killing two people and possibly invoking NATO retaliation?

T) The United States celebrates the fourth Thursday in November. When does Canada celebrate its Thanksgiving?

BONUS) The FDA approved lab has grown what is safe for human consumption this week?

Kudos to horrible lying bastard Kevin McCarthy for winning the nomination leading a terrible group made up almost entirely of crazy jobs and/or chicken shit.

A) The assassination of President John Kennedy

D) The collective suicide of supporters of Jim Jones in Guyana

E) Investigate the President. They have nothing else

G) Trump and his two sons, Junior and Eric

I) President Xi of China

M) The World Cup – it ends a week before Christmas

P) 88% (according to Good Housekeeping)

Many years ago, I remember seeing middle-aged Tea Party Patriots™ marching in their silly little three-cornered hats, holding misspelled protest signs and mocking them. I never imagined that they would become the dominant Republican party. – Liam Nissan