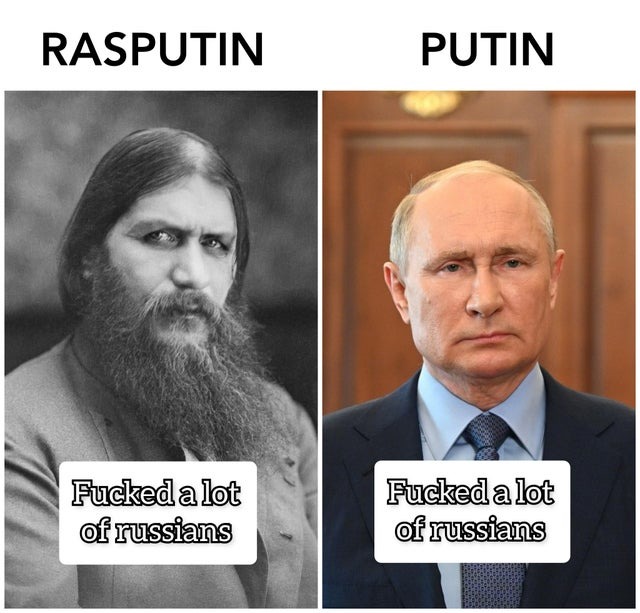 GUEST BLOG: Ben Morgan – Turning international support into action and what the Russians plan to do next

Last week brought confirmation of the terrible atrocities committed by Russia in Ukraine, a sad indictment of the savagery of the Russian military. It was a stark reminder that the ideals New Zealanders take for granted, like the inalienable nature of human rights, are rare outside liberal democracies around the world. Generally we don’t think about the regular atrocities committed in many parts of the world, normally we are too busy with our daily lives and are underserved by the media more interested in Will Smith slapping Chris Rock than in the suffering of people in remote places.

The atrocities committed by the Russians are barbaric, unfortunately this type of behavior is common all over the world, which is why countries all over the world support Ukraine. The only way to stop aggression and brutal war crimes is a strong and united international response. The Russian offensive must be halted, conquered areas recaptured, and war crimes documented and investigated. It may take years for justice to be served, but regime change in Russia is inevitable, and at that time the indictments drafted today will likely be served.

NATO and the global community have spent the past week moving from designing their support for Ukraine to specifically “defensive” systems providing systems such as anti-tank and anti-aircraft missiles to a more aggressive posture. Germany and the Czech Republic sent ex-Soviet tanks and armored personnel carriers to Ukraine, which they inherited after the collapse of the Soviet Union. Britain’s advanced, non-jammable and deadly Star Streak anti-aircraft missiles began shooting down Russian planes. Additionally, Britain has deployed Sky Saber, a highly advanced air defense system in Poland, providing a measure of protection for Ukraine’s main lane of NATO support against long-range rockets and cruise missiles. Britain is also sending a set of armored vehicles that are easy to use, maintain and support.

Even, Australia has committed military support by sending anti-tank missiles and very useful Bushmaster armored vehicles. Bushmaster is a useful support because it is a simple vehicle to use and operate. The javelin is a weapon system Ukrainians know well. The key principle of NATO support is to provide weapons that are either; already used with Ukraine, or are simple to use. This policy aims to ensure that the support provided can easily be integrated into the existing Ukrainian force.

In the United States, retired generals filled cable news slots last week to talk about sending modern American tanks, fighter jets and artillery so that Ukrainians can move on to conventional offensive operations and drive the Russians out of their country. While unfortunately an appealing idea, fighting a wishful, large-scale conventional operation is difficult. Integrating the “combined arms” of artillery, tanks, infantry and all their support like engineers, medics, maintenance and supply is not easy.

Now imagine trying to do that with a range of new equipment you’ve never used before. Additionally, the M1 Abrams is the most fuel-intensive tank in the world. The only armies that use it are the United States, Australia and a number of rich countries in the Middle East, because even though it is a very, very efficient tank, the logistical tail required to supporting him is huge. It uses a gas turbine engine, which means it can combine exceptional armor protection and a big gun while still being a very fast vehicle, but this powerful engine consumes huge amounts of fuel. The US, with its massive military logistical capability, can support a tank like the M1, but it’s not support the Ukrainians would be likely to “tinker with” just yet.

NATO obviously appreciated this situation and their support seems well considered as the ability to easily integrate new equipment quickly and easily is tactically vital to the outcome of this war.

A few articles ago, I noted a nagging concern about the Ukrainian armored force. (Ukrainian forces are advancing in the north, east and south and who shelled Belgorod?) The concern was whether or not Ukraine had managed to preserve any of its armored brigades during the initial invasion. The Ukrainian armored brigades are important because if they survived the invasion, then they would be the force with which to counterattack the Russian offensives in the east. If they didn’t survive the invasion, then hopefully enough of their personnel survived to quickly develop a new armored force.

Does Ukraine have a force capable of a large-scale counter-attack? We do not know yet. This is probably why Ukraine keeps asking for fighter jets and air defense missiles, because right now the only way the Russians can counter an armored push is with air power. The Ukrainians are not going to use an armored force without air cover, this will simply lead to its destruction.

After their collapse in the north, the Russians moved the force that attacked kyiv, Chernihiv and Sumy around the Ukrainian border, to areas near Belgorod where they were rested, re-equipped and probably reorganized into new battalion tactical groups. Reports are circulating that this force has lost about 20% of its combat capability. Putting this in a human perspective – Imagine if two out of ten people in your workplace were killed or injured so badly that they couldn’t come to work and you can see that those forces are in bad shape and the Logic dictates that they will need time to be combat ready.

Will Russia take that long? Or will they send those soldiers right back into the fight?

The events of the past twenty-four hours indicate that the political pressure for a victory by May 9, when Russia celebrates victory over Nazi Germany, may be too much and the Russians may move. Since late March, Russia has controlled a small town called Izium, located on the Donets River about 100 km southeast of Kharkov. Izium is important because it offers crossing points on the river and is a railway junction.

To the south of Izium is the town of Kramatorsk, an important railway hub and; the target yesterday of a rocket attack killing dozens of people. If the Russians are planning an offensive, of a size and scale that may be feasible with their current forces, a potential axis of advance could be towards Horlivka. A city currently held by Russia but besieged by Ukraine. An advance from Izium would be through the area defined by a triangle of cities; Izium to the north, Barvinkov to the west, and Kramatorsk to the southeast.

Kramatorsk and its neighbor Sloviansk are important road and rail hubs and would provide the logistical infrastructure needed to push further south and east towards Horlivka. Relieving this town would be a victory and would create a pocket of Ukrainians near the towns of Lysychansk and Bakhmut which could be slowly ‘moped up’.

If I was a staff officer, in a Russian headquarters ‘needing’ to find ‘something…anything?’ to appease my political masters, that would certainly be an option. Looking at the terrain, the Russians can take two options.

Over the next two weeks, remember the names of these cities and keep your eyes on this part of the map. Field activities in this area could define the rest of the war. Based on what I can see of Ukrainian numbers in this area, my guess is that an offensive like this will require around 40-60,000 troops to have a chance of success. The Russians could concentrate a force of this size, but will they wait for these soldiers to be rested, re-equipped and reorganized? Or will they take a risk and force an early attack?

If the Russians wait, they risk a Ukrainian counterattack because every day is a new opportunity to build up Ukrainian combat power, especially the ability to defend an armored offensive against air attack. The Ukrainians will compete to develop an armored maneuver capability, a force with air defense, tanks, infantry in armored fighting vehicles and mobile artillery. Light infantry, even with advanced drones and missiles, is not enough to drive the Russians away. Instead, Ukraine must be able to launch attacks that penetrate the front line and then quickly destroy Russian artillery and logistics before they can move or reinforce them. Foot soldiers simply cannot move fast enough.

In my opinion, I don’t think the Russians have the capacity even for a limited offensive towards Horlivka. My advice, if I was on the Russian HQ, would be to “dig in” and defend what we have, then move on to small local offensives using massive artillery to crush the defenders. Slowly and systematically hammering territorial gains. This strategy does not involve committing large forces to dangerous extended thrusts that could be catastrophically defeated. This forces the Ukrainians to try to fight the “defending” Russian soldiers who will exhaust their forces. Then, when the northern forces are rebuilt, consider larger offensive operations again. However, as I said before, wars are fought by armies led by politicians and what makes strategic or tactical sense may not be politically acceptable.

In summary, the days and weeks to come are very important. The war is at a key point, do the Ukrainians have the ability to counterattack if they have air defense options like fighter jets or missiles? Will the Russians try to launch an offensive? If so, an advance to Horlivka via the “Izium, Barvinkov, Kramatorsk triangle” offers an option. However, Ukrainian forces in this area are described as experienced and resilient, they are also “entrenched”, so it will be a risky option. If the Russians went “on the offensive”, it could only bring them pain and shorten this war.