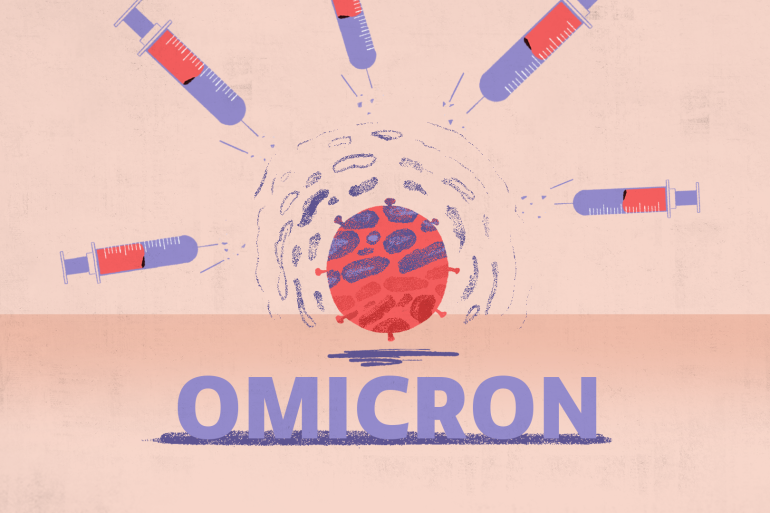 University of Otago epidemiologist Dr Amanda Kvalsvig has done Aotearoa New Zealand a favor by advocating in the mainstream media (January 11) that all schools, including early childhood settings, should delay reopening after summer vacation until ‘basic protections’ against the omicron variant of Covid-19 were in place: .

His argument was that more time was needed to vaccinate children aged 5 to 11 (nearly half a million), give reminders to older students and education staff, ensure that carbon dioxide monitors carbon and air filters were installed in the classrooms and for the high quality N95. masks and rapid antigen tests will be available in schools.

Based on information from overseas, she feared that omicron could trigger “an avalanche of child cases, at higher rates than seen previously in this pandemic”. High infection rates were difficult to manage in schools and hospitals and there were growing concerns about lasting effects in children, including ‘long Covid’ and autoimmune issues such as diabetes.

Kvalsvig’s comments sparked healthy debate. Some pediatricians disagreed with delaying the reopening of schools given that there was no community outbreak of omicron and relatively low cases of the delta variant. They feared that prolonged school closures would harm children’s well-being and development.

Professor Peter McIntyre, a pediatrician specializing in infectious diseases at the University of Otago, described delaying the reopening of schools as an ‘overreaction’ because the harm to children would far outweigh any prevention benefit diseases.

So, who is right ? The epidemiologist or the paediatricians? The answer is both. The two approaches are not necessarily in conflict. It all depends on how things go with omicron.

Describing omicron as a dilemma for schools, Cherie Taylor-Patel, president of the Federation of Principals, summed it up nicely. While schools want to smoothly reopen without delay after last year’s disruption, they were also concerned about the spread of the virus. She hoped that at least two-thirds of children aged 5 to 11 would be vaccinated before returning to school.

In Taylor-Patel’s own words: “What happens in the next two weeks is critical.” In other words, the government must take and implement the right decisions by the end of January. Australia provides a realistic context for decision-making.

On January 7, Australia had 91 Covid-19 deaths per million population. By January 18, that rate had risen dramatically to 108. In the previous seven days, there had been 285 deaths, representing a death rate per million of 11.

In other words, over this seven-day period, there were more deaths per million than the total rate in New Zealand since the pandemic arrived in early 2020 (9 per million).

This is devastating, especially as it is now the case in most Australian states, including those that have successfully responded to the delta variant using the elimination of community transmission strategy.

Although our Labor Government erred in lowering Auckland’s alert levels too soon and abandoning disposal there, it is clear that disposal will not stop the omicron once it will have entered the community.

Rather, it will require a mitigation strategy designed to first control and then suppress omicron, recognizing the need to dramatically increase vaccination rates (even if they are high by international standards) and implement boosters. for people already vaccinated.

Fortunately, the University of Otago Public health expert (January 17) have timely release of advice that the government would be foolish not to heed: .

The blog is a collaborative piece of five experienced experts, including Dr. Kvalswig. The others are Professor Michael Baker, Dr Jennifer Summers, Dr Matire Harwood and Professor Nick Wilson.

He begins by noting that the delta variant is now under control, as evidenced by the drop in daily infection cases and hospitalizations. But then he describes the contrasting threat of an omicron outbreak by identifying the dramatic increase in the seven-day average of infections detected at the border since late December.

In summary, the blog states that based on about two months’ experience of omicron, compared to the delta variant, it is much more transmissible and less severe (especially for vaccinees) but is not a mild infection.

Therefore, the authors assess that “…a poorly controlled outbreak of Omicron in New Zealand risks overwhelming the health system, increasing inequities and disrupting essential services as seen overseas” . What Australia is currently experiencing provides the best example of what Aotearoa should expect.

Therefore, they recommend urgent actions to minimize the damage to the omicron, starting with delaying its entry into the country. This is expected to be far more than the government recently announced, including immediately further reducing infected travelers on arrival, tightening pre-departure testing requirements and further delaying the reopening of borders beyond February.

Other recommended measures (expanded in the blog) include:

The blog then identifies longer-term measures to reduce the risk of new variants that may be more virulent than less virulent. Some involve New Zealand building its capacity for high-quality risk assessment and risk management so that it can adapt its response strategy to changes in the pandemic. Some require improved global health leadership and equity in delivery of vaccines and other interventions.

These tips from Drs Baker, Kvalsvig, Summers, Harwood and Wilso are based on experience and expertise. Moreover, unlike the advice of less experienced and less expert business consultants that the government follows in restructuring our health care system, it is free and devoid of self-interest. He deserves to be followed.

Ian Powell was executive director of the Association of Salaried Medical Specialists, the professional union representing senior doctors and dentists in New Zealand, for over 30 years until December 2019. He is now a health systems commentator , labor market and political living in the small river estuary community of Otaihanga (the place by the tide). First published at Second opinion of Otaihanga

After Life, Maadathy and other titles to watch this weekend