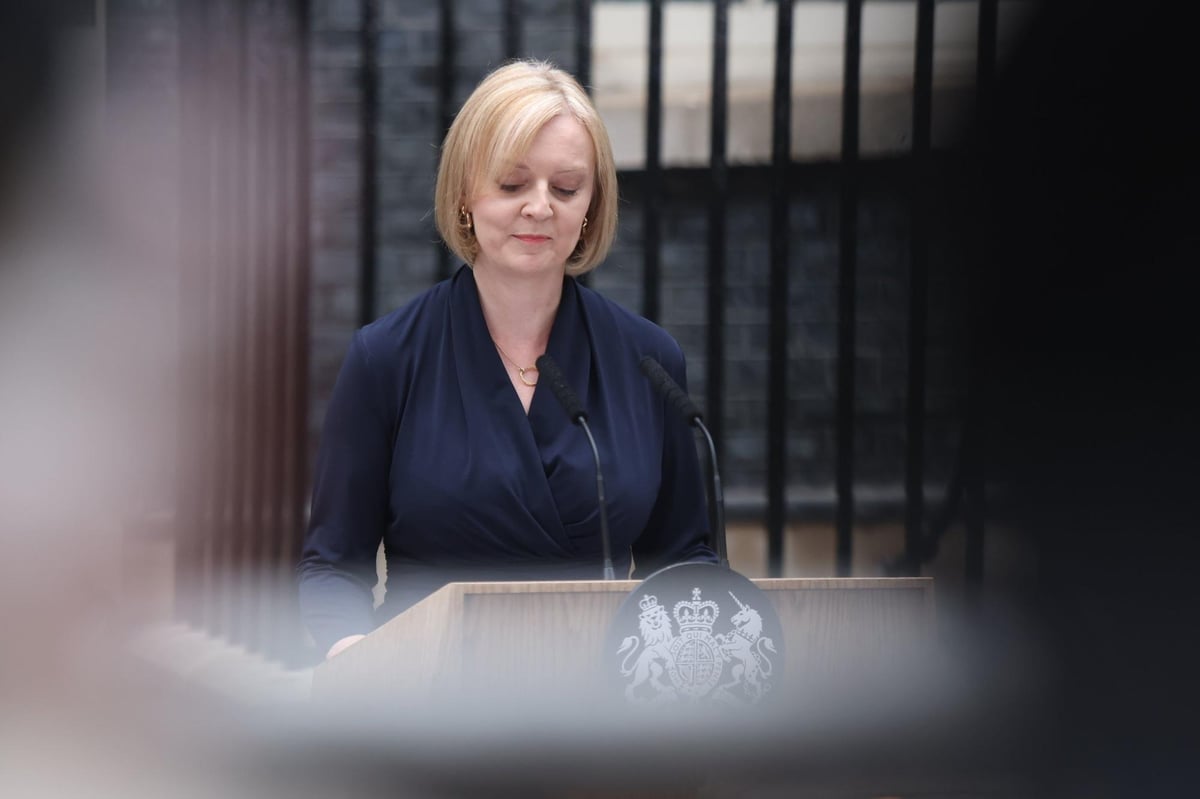 The criticism comes as the Prime Minister desperately tries to avert falling poll numbers and the economic calamity wrought by his government’s ‘mini-budget’.

A longtime council leader said the Prime Minister’s position is “absolutely impossible”, while a Tory MP warned there could be no repeat of the past two weeks.

Supporting Liz Truss, Portsmouth North MP Penny Mordaunt said her priority was “market confidence and the priorities of (her) constituents”.

The MP, who is also Leader of the House of Commons, said: ‘The country needs stability and urgent legislation to help bring down the cost of living.’ I focus on market confidence and the priorities of my constituents. We have a tough winter ahead and we need to make sure people can get through it well. I support the Prime Minister for this to be done.

She said: “I welcome the Prime Minister’s response to create the stability we need.

“We need to be honest about the scale of the economic challenges we face.

“We had short-term difficulties caused by the absence of OBR forecasts alongside the growth plan. As such, the Chancellor (Jeremy Hunt) has announced a set of necessary measures that will ensure confidence in our economy.

Flick Drummond, the Meon Valley MP, said there could be ‘no repeat of what has happened over the past two weeks’ where the PM went ‘too far, too fast’ ” with his economic plans.

The MP, who was elected in 2019 after serving as MP for Portsmouth South from 2015 to 2017, said: ‘The Prime Minister understands the mini budget was a mistake. This has been corrected, and I welcome this decision for the country and for stabilizing the markets. I don’t think anyone disputes that the UK needs better growth through lower taxation and higher productivity.

“The problem was a timing issue.

“With that in mind, I think the Prime Minister was right when she said the government had tried to go too far, too fast. She must now learn from this experience.

Fareham Borough Council leader Sean Woodward backed the Prime Minister – but said his position was “untenable” and “absolutely impossible”, and that the chaos in Westminster was spilling over into a local by-election in Portchester.

Cllr Woodward, who backed Penny Mordaunt and ultimately voted for Rishi Sunak in the Tory leadership race, said: ‘Obviously she is the leader of our party, and we are supporting our leader while he is a leader, but I think his position is absolutely impossible. .

“The biggest shock was the effect on mortgages – the Bank of England said what it had done was directly responsible for raising mortgage rates more than any other country.

“I’ve seen mine go up by hundreds of pounds a month and the energy bills pale in comparison.”

“I don’t think people are going to forgive this very easily. And fire the person who just made the offer – what kind of world is that?

The Conservative politician, who has been an adviser since 1986, said he had never seen anything like the political turmoil gripping the country.

He said: “(The Conservative Party) has always had a reputation – both locally and nationally – for being an economic powerhouse. Slip-ups happen from time to time, but nothing like this drama.

Now the longtime politician has warned he cannot foresee his party reversing its fortunes in the short term.

He said: “There must be a medium-term plan to deal with the problem and there must be very significant savings in government budgets.”

On Monday, the Prime Minister appeared briefly – and silently – on the floor of the House of Commons during a statement by the new Chancellor, who highlighted the abandonment of the ‘mini-budget’ proposals last month.

Jeremy Hunt has warned of tough spending decisions ahead as he tears up the Prime Minister’s previous economic plan.

Ms Truss survived a Cabinet meeting on Tuesday without any minister asking her to step down, but Tory members and voters appear to be turning against her.

A snap poll of party members released on Tuesday saw more than half responding that she should quit and 83% say she was doing a poor job.

Downing Street insisted the Cabinet fully supported the Prime Minister and stressed that Ms Truss was focused on the challenges facing the country rather than infighting between parties.

Asked if Ms Truss was concerned ministers were considering replacing her, the Prime Minister’s official spokesman said: ‘Her view is that she needs to focus on what’s good for the country rather only on internal discussions within the party for the moment.

“She is aware that these are difficult times overall and that the UK is in a difficult economic situation.”

The Cabinet has been dominated by talk of spending after Chancellor Jeremy Hunt tore up Ms Truss’ initial plan for tax cuts and increased government borrowing.

Asked if the ministers were offering their support, the spokesman said: ‘It is certain that the ministers have been very involved in the discussions on the preparations for the medium-term budgetary plan.

Asked if any of the Cabinet members had suggested Ms Truss quit, the spokesman said: ‘No’.