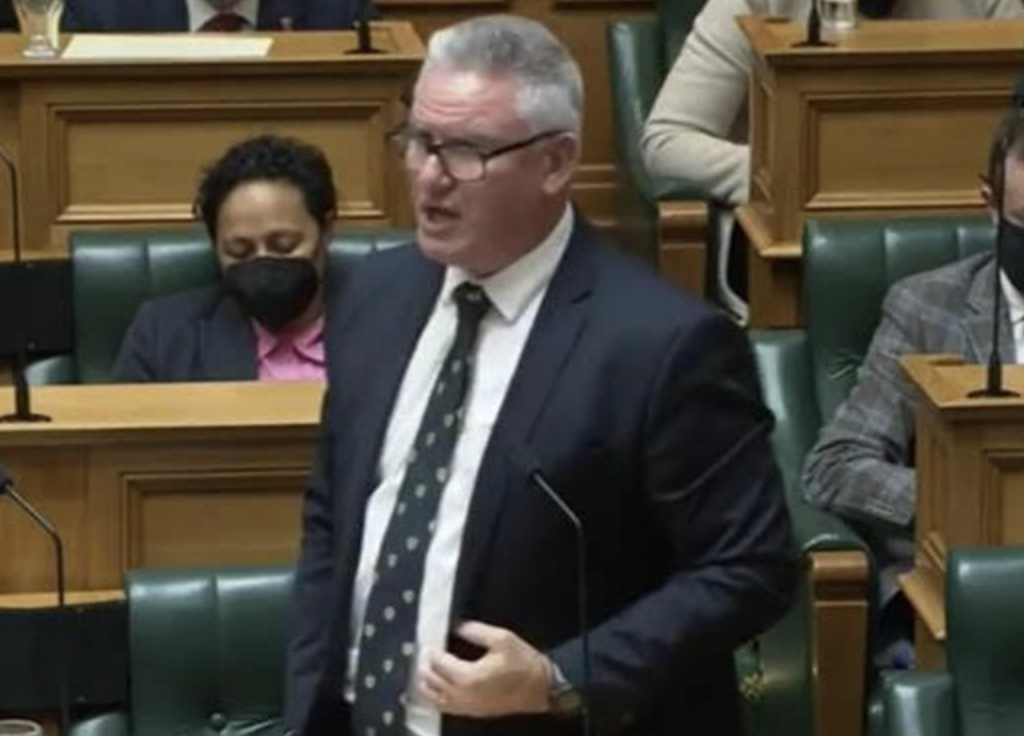 I HOPE SURE Kelvin Davis wasn’t a history teacher before he became headmaster and then MP for Te Tai Tokerau. Why? Because his understanding of what happened in this country between the signing of the Treaty of Waitangi and today is not only wrong, it also has the potential to create great harm.

His speech in the House of Representatives on Wednesday (11/5/22) is a particularly grim example of the Minister for Maori-Crown Relations’ historical ignorance. There, he seemed to equate the opposition parties with the whole Pakeha population – past and present. It was more than just racially inflammatory, it represents a dangerous distortion of reality.

Addressing the opposition benches, Davis said, “They conveniently overlook the fact that their wealth, privilege and authority were built on the backs of other people’s misery and entrenched inequalities across generations.”

It’s interesting. National frontman Christopher Luxon was born in 1970, and Act frontman David Seymour in 1983. At 52 and 39 respectively, that doesn’t leave them many generations to inflict misery and entrench inequality ! He would have been on slightly firmer ground had he directed his remarks at Labour’s Roger Douglas – whose policies have effectively inflicted misery and inequality. Maybe not from one generation to the next, but certainly since 1984. Except, of course, Labor MPs don’t like drawing attention to these policies – mainly due to the fact that their party has done so little for nearly 40 years to reverse them.

Davis did much better, historically, when he described to the House the fate of his ancestors at the hands of 19th-century colonial authorities. The gradual consolidation of the colonial state: its laws and regulations; effectively dispossessed Davis’ ancestors, leaving them destitute and demoralized.

What Davis failed to mention, however, was that the dispossession of the Maori in the 19th century was the Crown Politics. More importantly, it was a process applauded by the overwhelming majority of Pakeha’s burgeoning population. Rich and poor alike understood that their future prosperity depended on the impoverishment of the “indigenous” population. Which means it’s not just the ancestors of the current opposition MPs who built their wealth and privileges on the back of his tupuna, but also the current generation of Pakeha Labor MPs who sit alongside him.

While it’s certainly understandable that Davis didn’t make a point of castigating every Pakeha member of the House of Representatives for crimes committed against his people by their ancestors; crimes from which they, as a people, continue to reap enormous benefits; the direction of his prosecuting rhetoric to national deputies and the law exclusively was historically indefensible and morally abhorrent.

If Davis is unaware that the most devastating economic and social assault on Maori in the past 50 years has occurred under the watch of the fourth Labor government, then he has no business being an MP – let alone the Minister for Maori-Crown Relations. He certainly cannot have forgotten that it was the fifth Labor government that oversaw the passage of seabed and foreshore legislation. Or, that it was a Labor Prime Minister, Helen Clark, who described the main opponents of this legislation as ‘haters and saboteurs’ – preferring to meet an excessively woolly ram rather than the tangata as her bill was so outraged.

Perhaps the sixth Labor government’s reckless drive to adopt its Maori caucus’ co-governance agenda is a belated reaction to the actions of the fourth and fifth. If so, then that’s a very stupid reaction. If Helen Clark and her Attorney General had not moved quickly to overturn the Court of Appeal’s overturning of what was considered settled law, then Don Brash would, almost certainly, have won the 2005 general election. Given that a national victory in 2005 would have meant the effective revocation of the treaty and the abolition of Maori seats – sparking civil war – both Maori and Pakeha owe him a huge debt of gratitude.

What is depressing about the politics of the moment is the apparent historical amnesia of almost all of its practitioners. The settler nation responsible for extinguishing the treaty in the 1860s is simply not ready to see it reinstated as New Zealand’s de facto constitution in the 2020s. The way Davis chose to deliver his thoughts in the House of Representatives: in the form of an attack on the opposition; shows how impossible it is to construct an argument about our history that does not inevitably boil down to the equivalent of Sir Michael Cullen’s memorable taunt: “We have won. You lost. Eat that!”

The most chilling aspect of Davis’ performance is that he has shown no sign that the Minister for Maori-Crown Relations has any idea what will happen to that relationship if co-governance is imposed on a nation. Reluctant Pakeha.

Davis’s colleague, Willie Jackson, called the Act’s leader a “useless Maori” and a “dangerous man”. But David Seymour is no more or less “useless” than those Maori iwi and hapu who saw which way the wind was blowing in the 1850s and 1860s and ended up fighting alongside General Cameron’s Imperial troops. As for being a dangerous man. Well, Jackson’s description can only be proven if Seymour and his party get enough support to enforce the implementation of Act’s radical policies. He will only be a dangerous man because his fellow New Zealanders made one – by voting for him.

It’s not Seymour that’s a danger to you and your people, Willie, it’s democracy. But then, you already knew that, right?

It’s not the opposition that somehow grabbed all the privileges, Kelvin, nor is it the exclusive property of the 70% of New Zealand’s population known as Pakeha. These light-skinned Polynesians are not – and never will be – “Europeans”. Just as contemporary Maori are not – and never will be – the Maori who inhabited these islands before colonization. Both peoples are the victims of historical forces too vast to blame, too permanent to be culpable.

It is high time that we stop using history as a weapon and start using it as a guide.