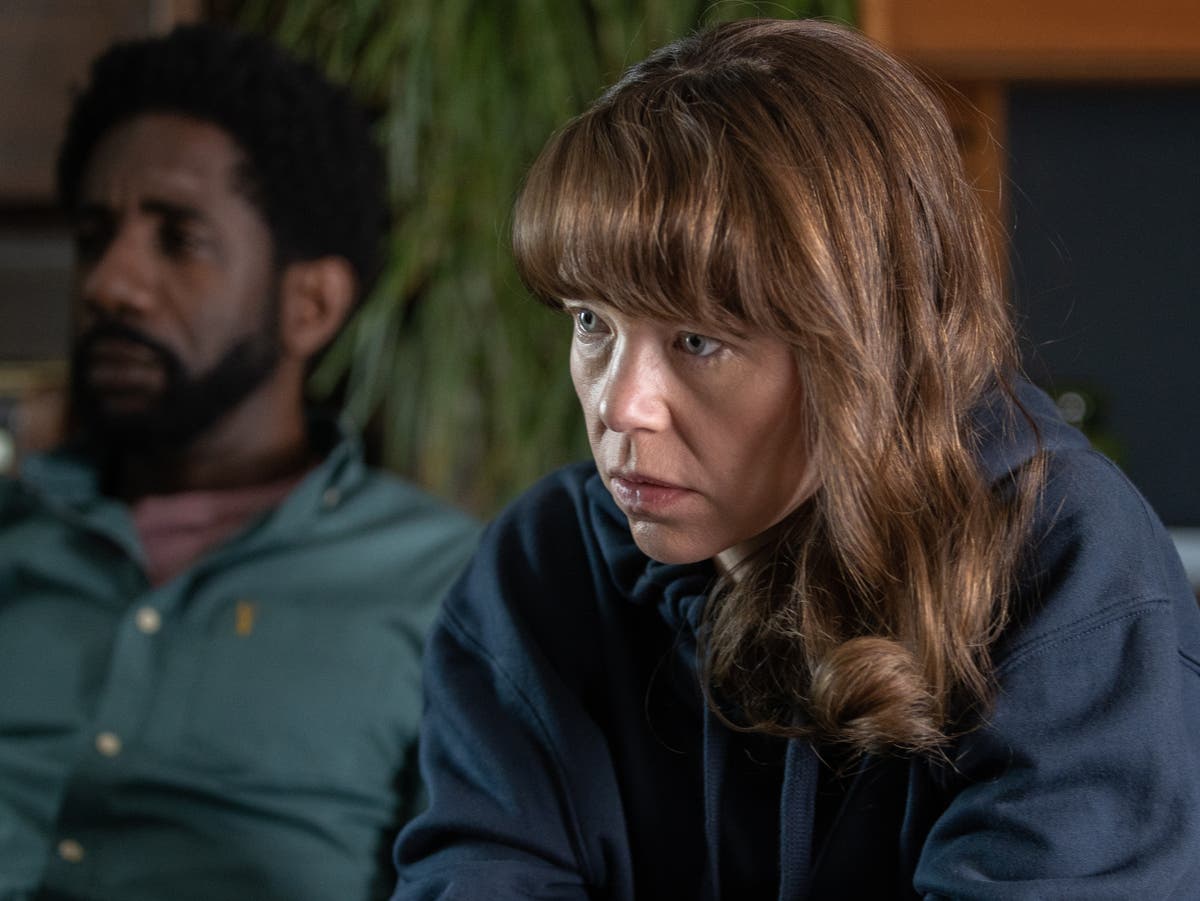 There must be some happy suburban families, but you won’t find them in Hollington Drive, and probably never on ITV at 9 p.m. The titular street is a cul-de-sac with dying architecture. The location is so beautifully bland it must have taken a lot of spotting. Even at Barratt Homes Britain, streets so devoid of character are rare. The effect is intended: the drama exists almost out of time, accentuated by the absence of contemporary landmarks, even Covid. It’s a kind of anti-Ramsay street, where bad neighbors become bad enemies.

Hollington Drive, a four-part dark thriller, is the latest screenplay from young writer Sophie Petzal, who started on CBBC before embarking on adult drama with award-winning Irish drama Some blood. Although there are many children in Hollington Drive, these are not really figures prior to the watershed.

The first episode opens at a barbecue, where it’s obvious the series has a good start in domestic issues, as everyone already hates each other. Headmistress Helen (Rachael Stirling) has a hectic and intense relationship with her younger sister Theresa (Anna Maxwell Martin), who lives nearby. Helen’s husband David (Peter McDonald) apparently misses everything and everyone, wandering disengaged. Theresa and her partner Fraser (Rhashan Stone) get on each other’s nerves. Fraser’s brother Eddie (Ken Nwosu) isn’t helping. He’s a lovable sort of troll who has a knack for saying the wrong thing, which kicks everyone up even more. Naturally tired from the event, Theresa’s son Ben (Fraser Holmes) and his niece Eva (Amelie Bea Smith), Helen’s daughter, ask if they can go play in the park. Who can blame them? Yet, when another street kid, Alex (Hughie Hamer) goes missing later that day, Theresa begins to wonder if Ben might find out more than he suggests. It’s a classic mother’s intuition to sense when your little darling might be an evil criminal.

Before you know it, we’re being served full English of the terrors of middle-class parents: missing children, marital boredom, class frictions, fears of technology. Martin, our eminent comedian Mother in Crisis from his work in Mother land, creates here a more moving and troubled version. She is unable to perform a scene without emotional intelligence, and brilliantly conveys a woman whose mind rushes to nightmarish conclusions while maintaining a calm appearance. Helen of Stirling is a worthy foil to her, all the patrician vowels and buttoned-up denial, in stark contrast to Theresa’s fate. The stress around the missing Alex begins to put pressure on other secrets.

You can see why Petzal is inclined for the big things. As she builds this Jenga tower of deception and recrimination, she remembers to season all the angst with comedy. At the worst possible time, Eddie says out loud that this is the kind of area where you might find a lot of pedophiles. Alex’s distraught mother (Jodie McNee) later discusses the number of local sex offenders. A neighbor’s husband installs broadband, she says, and “you learn a lot of things by installing broadband.” She sobs as a clock ticks in the otherwise silent living room. The scene is dangerously close to comedy, and so much the better. Despite this, and the performances – Martin and Stirling are particularly well supported by Stone as the a little too decent Fraser – Hollington Drive can’t avoid some of the clichés of the genre. The “tense” plinky score is particularly annoying; much like Theresa’s flashbacks to her trauma, with their occasional use of insane slow-motion. Shocking revelations pile up too quickly to be treated fairly. Even the most destructive ending has to unfold at its own pace, especially on quiet streets like these.