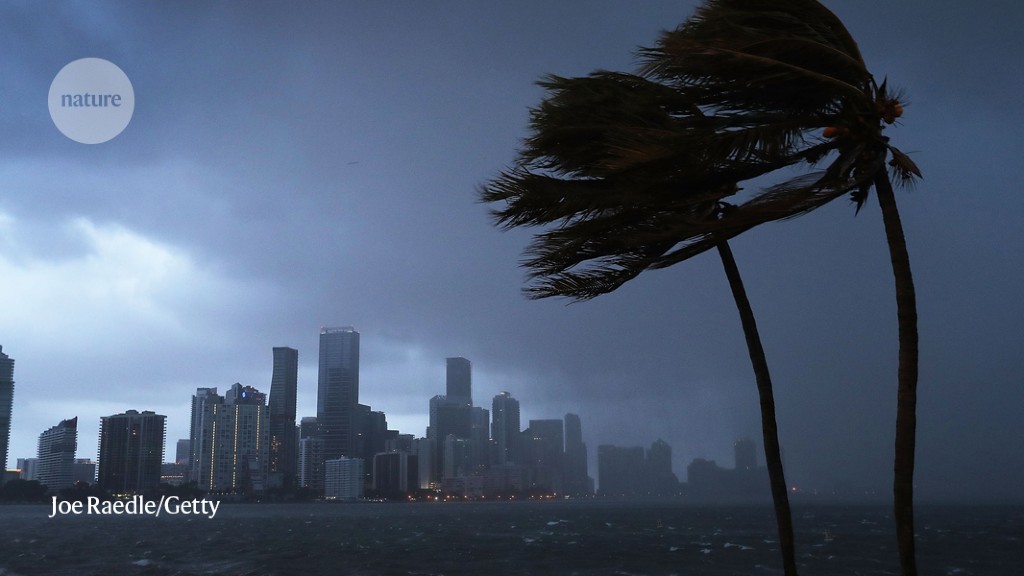 As extreme weather events occur more frequently – which climate scientists say are inevitable – so will violence against women and people from gender minorities. This is the conclusion of a meta-analysis examining events in the wake of floods, droughts, cyclones and heat waves, among other weather disasters, over the past two decades.1.

The review found that extreme weather events often catalyze episodes of gender-based violence – particularly physical, sexual and domestic violence. It is “the most comprehensive and timely analysis of gender-based violence related to extreme weather and climate events that are projected to increase due to anthropogenic climate change”, according to lead author Kim van Daalen, who studies the global public health at the University of Cambridge. , UK.

One difference from most previous reviews and studies addressing the issue, van Daalen says, was the focus on research that included people from sexual and gender minorities such as transgender or gender non-binary people. and those who identify as LGBTQ+. These groups, she says, “are often overlooked in gender-based violence research.”

Research has highlighted the link between anthropogenic climate change and extreme weather for nearly two decades. In 2012, a report by the Intergovernmental Panel on Climate Change assessed the role of climate change on extreme events. He concluded that due to human-induced environmental changes, the frequency of heat waves and heavy storms, as well as the wind speeds of tropical cyclones, are expected to increase in the coming years.

Some of these events exacerbate poor economic and social conditions, which can create circumstances that lead to violent behavior in individuals, according to the latest study. The authors searched ten literature databases for studies on the link between gender-based violence and natural disasters thought to be linked to climate change.

This initial search yielded over 26,000 titles, including articles, conference proceedings and other documents. After excluding duplicates and studies that did not meet the selection criteria — such as those investigating violence against straight cisgender men and boys, or those investigating natural disasters unrelated to climate change — the team is found with a sample of 41 studies.

The reasons why extreme weather events lead to gender-based violence vary by location. In Bangladesh, for example, young girls have been forced into marriage following extreme floods in some cases to enable their families to meet the costs of the damage (traditionally the bride’s family was entitled to dowry). “The loss of crops and households due to extreme weather events increases the pressure and vulnerability of girls,” says Niaz Asadullah, an economist at Monash University Malaysia in Sunway City.

“The review is pretty consistent with what we know about disasters,” says Susan Cutter, director of the Hazards Vulnerability and Resilience Institute at the University of South Carolina at Columbia, who was not involved in the study. “Any type of disaster, whether climate-related or not, has a disproportionate impact on the most vulnerable.”

The researchers found only one document that focused explicitly on people from gender minorities: a report that described how people in Fiji believed that Cyclone Winston, which hit the country in 2016, was a sign of divine rage against LGBTQ+ people. The review’s authors also pointed out that in the aftermath of Hurricane Katrina, which hit New Orleans, Louisiana in 2005, there was a backlash against gay communities because others accused them of the catastrophe. In other cases, transgender people were threatened in emergency shelters or prevented from accessing them. “Sexual and gender minorities face specific and heightened risks of GBV, which are important to consider in GBV policies, interventions and services,” van Daalen said.

Although the sample of studies in the analysis includes research from all continents, the majority focuses on the United States (9 studies), Bangladesh (7 studies) and India (5 studies).

Tobias Ide, who studies politics and international relations at Murdoch University in Perth, Australia, says that despite the geographic imbalance, “the review is really meaningful”. Many extreme events and security studies are broader in scope and focus on issues such as civil wars, riots and terrorism. “This review focuses on what is happening at the micro level. As gender-based violence affects millions of women and sexual minorities around the world, talking about violence on a smaller scale is really crucial,” he says.

He argues, however, that the concept of gender-based violence is too broad to inform policy solutions. “The causes of each of these problems differ greatly and each requires specific interventions,” he says.

Even among the most vulnerable groups of people, the effects of extreme weather conditions differ from culture to culture, Asadullah points out. “What a drought does to women in India is very different from what it does to women in sub-Saharan Africa,” he says.

Poet’s notebook: Having children is not the only way to give life | Columns | Tampa