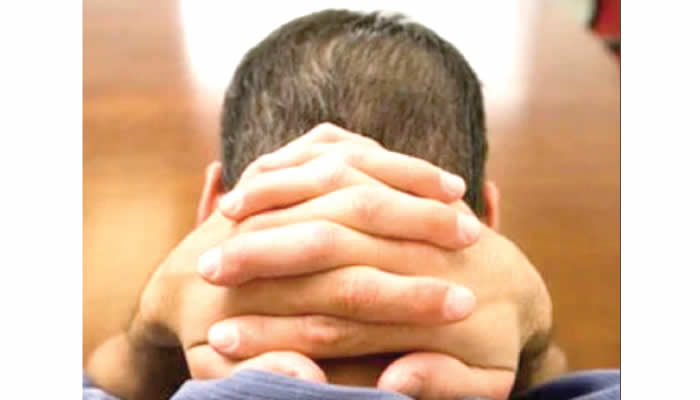 A health expert has urged men struggling with low libido to seek expert help to find out the cause of the condition, noting that reduced sex drive is often treatable once the cause is established.

Dr. Gabriel Ogah, a urologist, explained that the most common reason men have low libido is often due to a decreased function of the male hormone called testosterone.

The expert said that when the level of this hormone decreases, a man will have a very weak and reduced desire for sex.

Testosterone level, he said, is vital for normal male sexual development and function, and is made in the testicles.

According to an online health portal, Healthline, testosterone is an important male hormone.

“In men, it is mainly produced in the testicles. It is responsible for building muscle and bone mass and stimulating sperm production. Your testosterone levels are also a factor in your libido.

“When your testosterone levels drop, your sex drive also drops. Declining testosterone is a normal part of aging. However, a drastic drop in testosterone can lead to a decreased libido.

“Talk to your doctor if you think this might be a problem for you. You may be able to take supplements or gels to boost your testosterone levels,” he said.

Speaking further with PUNCH HealthWiseThe consultant urologist at Ogah Hospital and Urology Center, Fugar, Edo State, said several other factors can contribute to a man’s loss of interest in sex .

Explaining, he said, “There are many reasons why men can have low libido. One of them is alcoholism. If a man drinks a lot of alcohol, he can feel this. If a man has high blood pressure and is on medication, he might have low libido because some medications used to treat the condition can cause low libido. Other health conditions that can lead to low libido include diabetes mellitus, arthritis, and obesity.

“Men with heart problems could also suffer from low libido. You know, sex involves a lot of activity. If a man has heart problems, he’ll be gasping and won’t have enough energy to engage in adequate sexual activities.Such a man may not be interested in sex.

The urologist also explained that certain mental health issues such as depression can also play a role in a man being uninterested in sex.