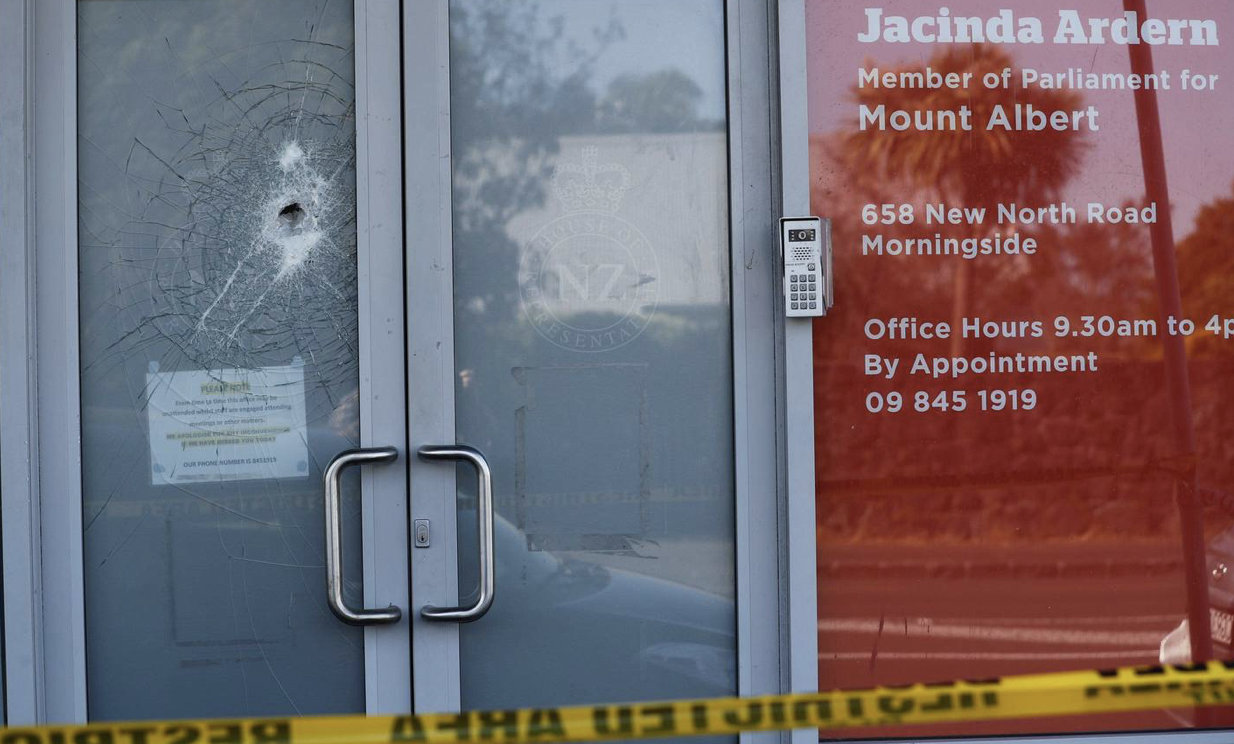 Staff have been evacuated from the Prime Minister’s Electoral Office in Auckland after a sword was used to damage the building this morning.

Police said the incident happened around 8.20am when an object was thrown through a window in Morningside’s office.

A sword was later photographed outside the office on New North Rd.

“No injuries were reported and the building was unoccupied at the time,” police said.

…there is a story of MPs whose election offices were attacked.

In 2004, Helen Clark had an ax thrust through her window. to protest the confiscations of the seabed and the foreshore.

In 2014 Hone Harawira got shot at his election office.

The toxic level of political polarization that is turned into violent fantasies via social media hate algorithms makes next year until the election a year where the real possibility of a lone wolf or deranged cell group attempting violence policy is 50-50.

Attacking the PM office could be the act of a disturbed person and just another chapter of evidence highlighting how broken our mental health services have become or it could be something darker mutating into the hinterland of New Zealand’s prime political swamp.

Having more and more independent opinions in a mainstream media environment that mostly echo each other has become more important than ever, so if you value having an independent voice – please donate here.