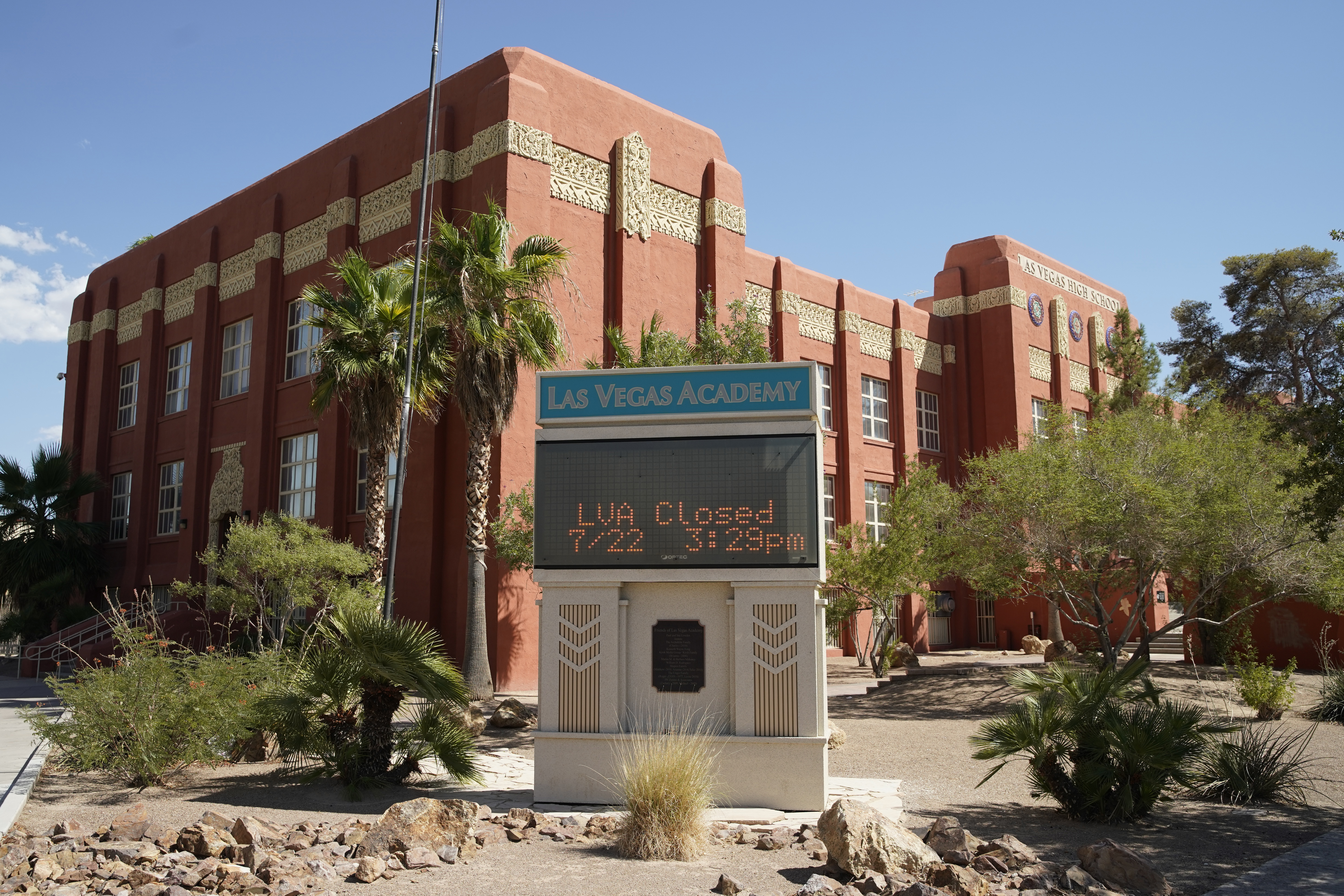 FILE – A sign announces the closing of the Las Vegas Academy on July 22, 2020, in Las Vegas. (AP Photo/John Locher)