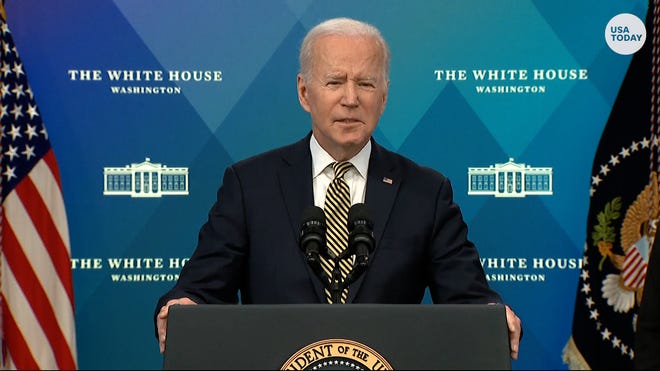 Life in El Paso launched his career and led to the highest post in the U.S. Army

El Paso native Gabe Camarillo visited the Pentagon as a student of JM Hanks High School and nearly 30 years later returned to be sworn in as one of the top leaders of the U.S. military .

Just days after being confirmed by the US Senate, Camarillo was sworn in as the 36th undersecretary of the US Army in a ceremony earlier this month. As Under Secretary, Camarillo is the Army’s second highest civilian official, responsible for acting as secretary to the Army’s Principal Civilian Assistant and principal adviser on matters relating to the operation and maintenance of the Army. army management.

Many members of Camarillo’s family still live in the El Paso area, which Camarillo credits with giving him his first taste of political life. As a high school student, Camarillo visited the Pentagon in 1993.

“I think so many teachers and counselors in the public school system have been helpful to me,” Camarillo said. “I’m just thinking about going to high school and taking my first trip to DC Now, taking on this role, here in this building, it’s amazing to see how far we’ve come.”

Camarillo, whose father immigrated from Mexico in his twenties, grew up on the eastside of El Paso before leaving to study political science at Georgetown University.

“I’m really a product of Borderland and Sun City,” Camarillo said. “I take a trip at least once a year to visit the city. I go out as often as I can. »

It was during his internship at Georgetown, which saw him work on Capitol Hill managing a congressman’s defense portfolio, that Camarillo caught the “political bug,” but he noted that his life in El Paso had prepared the ground for his work in the military.

“I think it’s starting to grow in El Paso,” Camarillo said. “It’s a community that strongly supports the military. I have always been aware of the importance that an installation plays in the community. I grew up with this knowledge.

As an intern, Camarillo encountered national security issues, which he followed after earning his law degree from Stanford University and embarking on a private legal career with a focus on the government ethics, campaign finance law and commercial litigation.

Camarillo began working at the United States Department of Defense (DOD) in 2010, where he served as Deputy Assistant Secretary of the Army, overseeing acquisition, logistics, and technology, and Under Secretary of the Army of the air, managing manpower and reserve affairs.

Camarillo believes the experience prepared him for his current role and provided him with a “well-rounded perspective” on the myriad needs of the military.

“As an undersecretary of one of the military services, you have a responsibility to be the chief executive officer,” Camarillo said. “You have to understand all the functions the military is responsible for. I think my background really helped.

Fighting sexual assault, suicides of veterans among the priorities

Camarillo already has his eye on the various issues facing the military.

For Camarillo, the No. 1 priority is caring for service members and their families and creating a “positive command climate” that prevents “harmful behaviors,” such as sexual assaults and suicides of veterans, which , according to him, “have no place in our army”. and demand “innovative ways to create cohesion”.

“Caring for our people always comes first,” Camarillo said. “I think when it comes to taking care of our people, what we really focus on is ways to focus on prevention.”

Also on Camarillo’s list of priorities is modernization within the military, which he said is being undertaken in a “truly ambitious way for the first time in 40 years,” as well as a focus on readiness.

“I’m impressed with what the military has accomplished, even in the last year,” Camarillo said, noting the military’s role in battling the COVID-19 pandemic and supporting various missions across the country. world. “It’s really important for us to make sure we’re positioned and ready to deal with these global issues at a moment’s notice.”

But he and U.S. Representative Veronica Escobar, who jockeyed for his nomination in a pair of Congressional Letters and was on hand for his swearing-in ceremony, are also focused on issues unique to El Pasoans, such as the continued prominence of Fort Bliss and the possibility of designating Castner Range as a national monument.

“Fort Bliss has an enduring mission to not only prepare and train army units, but it’s also a critical part of our outlook for key facilities,” Camarillo said, adding that he looks forward to eager to work with local stakeholders to “address the problem”. needs there and further promote the work that is being done there.

Escobar said she and Camarillo have previously discussed infrastructure needs at the local base.

“I wanted to make sure our needs at Fort Bliss were a priority for him,” Escobar said. “We’ve had a number of conversations and will continue to have conversations now that he’s undersecretary.

“This is a fantastic opportunity for our community. His values ​​are absolutely representative of the values ​​of El Paso – he wants to give back and I couldn’t be prouder of what he’s accomplished.”