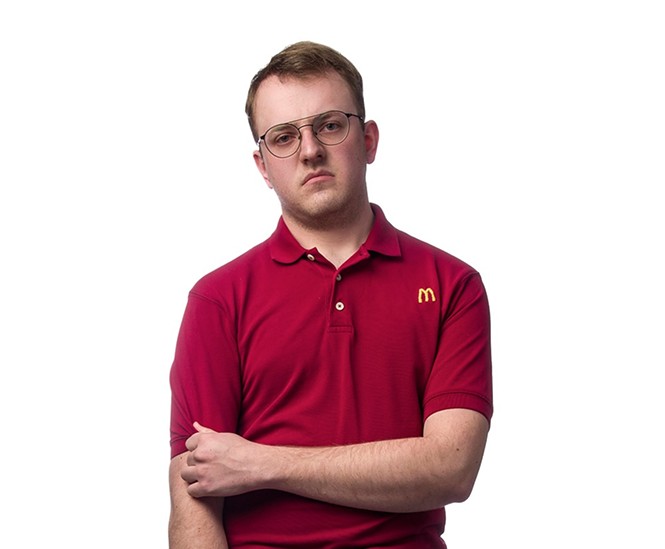 In a messy and complicated time, it’s easy for creative work to find like-minded audiences if it presents a thesis full of talking points that are easy to applaud. And it’s clear that’s not what playwright Annie Baker wanted to do with it at all. body awareness.

The premise seems set for such an approach, as Phyllis (Brenda Hattingh Peatross) — a faculty member at a New England university — kicks off the introduction of a socially conscious “body awareness week” on Monday. Phyllis and her partner, Joyce (Teresa Sanderson), are preparing to welcome a guest artist, photographer Frank (Tom Cowan), for the occasion, which would be enough to disturb a little. But the household is already a little disturbed by the tension between Joyce, Phyllis and Joyce’s adult son, Jared (Tom Roche), who refuses to acknowledge the possibility that he may have Asperger’s Syndrome.

Pygmalion Productions’ staging – overseen by director Morag Shepherd – makes good use of Allen Smith’s set design which combines a college auditorium with Phyllis and Joyce’s kitchen and bedroom for a space that feels increasingly claustrophobic . It’s a way of drawing attention to the friction between the characters, but it also gradually becomes clear that the conflicts are more internal and external.

This is because the title of body awareness is a bit of a fake-out, initially suggesting it’s about being aware of the lived experience of others, when it’s much more about people being unaware of themselves. It takes a variety of forms in these characters, from Phyllis struggling whenever she’s called upon to be the serious spokesperson for “Body Awareness Week” – and Hattingh Peatross is incredibly funny in these scenes – to the Jared’s determination not to be stigmatized with a diagnosis. Yet it’s also more subtly exhibited in Frank, who is so absolutely at home in his old-fashioned sense of masculinity that it never occurs to him that his photographs of naked women might be problematic. for anyone, or that he gives Jared sex advice that could get Jared in trouble.

There’s an almost disposable moment in body awareness when the dictionary-obsessed Jared discusses the distinction between “descriptive” and “prescriptive” definitions of words – how they are used in everyday language, versus how they should be used. Baker’s piece explores this tension between looking at how things are and looking at how they should be, even when those perceptions are tangled up in what you believe to be true of yourself. This pungent comedy of manners doesn’t have time for simplistic talk, or for absolutist definitions, not when it recognizes that people who point that finger outward don’t always think much of the three pointing at themselves.