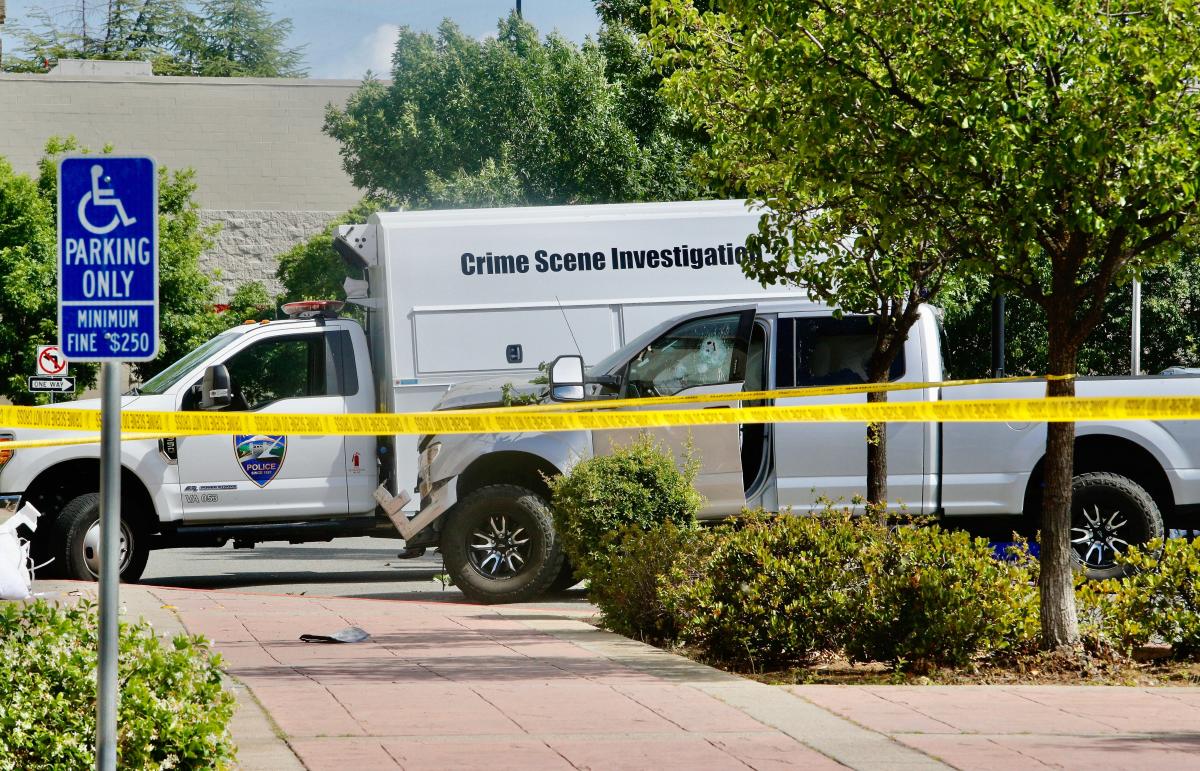 A driver has died after a police chase that ended when the man’s van crashed into the side of a furniture store on Dana Drive on Saturday morning.

Redding Police Captain Ron Icely did not identify the man but said he was wanted on arrest and search warrants stemming from a child sex abuse case which had was investigated earlier in May.

That person was known to have firearms, said Icely, the commanding officer of the Redding Police Department Detective Division.

Icely said officers located the man just after 8 a.m. Saturday while driving a 2016 Ford F-150 in the area of ​​Canby Road and Victor Avenue. The man did not give in for a police stop.

He said no shots were fired by the police.

“The driver did not respond to officers’ orders. The occupant or occupants of the vehicle could not be seen,” Icely said.

He said police used non-lethal beanbags to fire through the rear window of the van so a drone could see inside the truck where the airbags were deployed. The SWAT team vehicle parked near the van as the officers drew their weapons.

“Once we were able to make safe contact with the sole occupant of the vehicle, it was determined that the subject was deceased and that a firearm was inside the vehicle,” Icely said.

He said the cause of death will be determined by the Shasta County Coroner’s Office.

“It must have been a pretty hard crash (against the wall) because of the damage to the front of the vehicle,” Icely said.

The captain said investigators “have a lot of work to do” to process the scene and more details could be released on Tuesday.

While police were in the parking lot, an apparent family member attempted to drive his van to the crime scene and yelled at officers before people held him back in the Walmart parking lot.

Mike Chapman is an award-winning journalist and photographer for Record Searchlight in Redding, California. His newspaper career spans Yreka and Eureka in Northern California and Bellingham, Washington. Support local journalism by subscribing today.

Life after adoption | The week