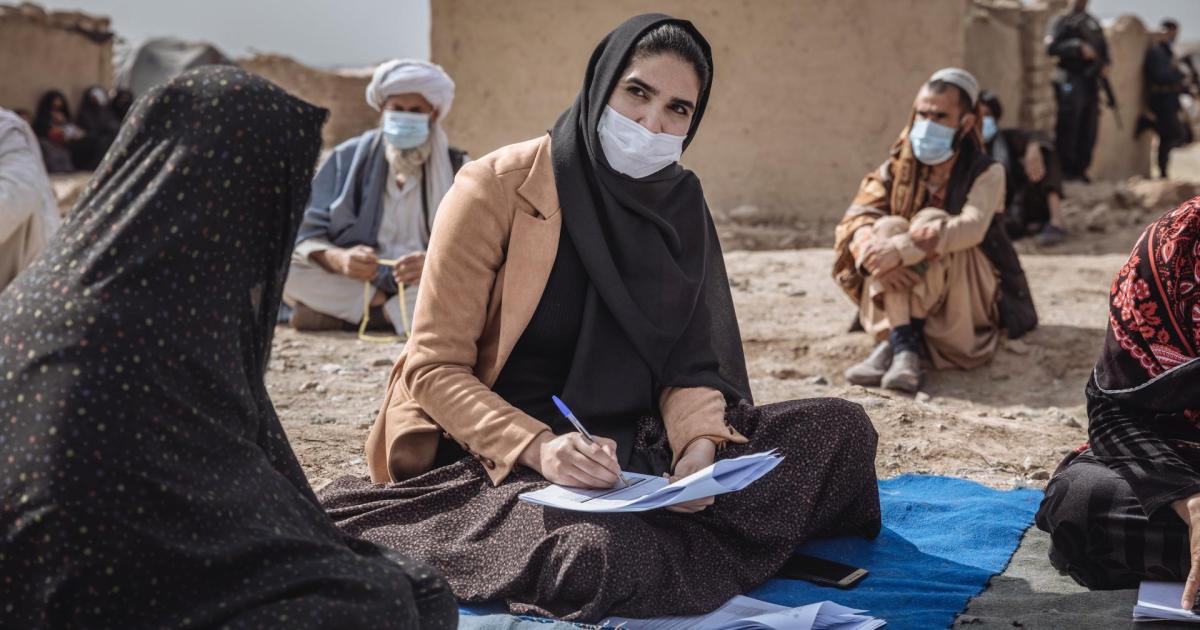 This week, countries from around the world are gathering in New York for the first International Migration Review Forum (IMRF) to assess progress in implementing the Global Compact for Safe, Orderly and Regular Migration ( GCM).

The GCM builds on the language adopted by states in 2015 when they agreed to include migration in the framework to achieve the Sustainable Development Goals (SDGs).

The SDGs include several references to migration, calling on states, for example, to reduce the costs of sending remittances, reduce human trafficking and reduce dangerous migration. The 2030 Agenda also calls on all States to “facilitate safe and responsible migration and the mobility of people, including through the implementation of planned and well-managed migration policies”.

Given this close link between migration and the SDGs and the GCM, IOM has decided to prepare a report, together with other UN agencies and partners, to review the progress made since 2015 in achieving the targets of the Migration-related SDGs. The publication includes contributions from the International Labor Organization (ILO), World Bank, United Nations Department of Economic and Social Affairs (UN DESA), Organization for Economic Co-operation and Development (OECD), United Nations High Commissioner for Refugees (UNHCR), United Nations Children’s Fund (UNICEF), World Health Organization (WHO), United Nations Office on Drugs and Crime (UNODC) and others .

Unlike the GCM, which consists of 23 goals, the 2030 Agenda has a formal monitoring framework with 169 targets and 17 clearly identified goals. But despite this framework, we have no idea if migrants are being “left behind” in relation to the SDGs, and to what extent.

The SDG monitoring framework obliges states to report on their progress towards achieving the SDG targets and has placed new requirements on countries to collect more data on different aspects of migration and development . Below, we present some of the main findings of this new study.

What have we learned?

First, there has clearly been progress on data on migration and development. The 2030 Agenda has accelerated the development of a few key methodologies at the global level, so that they can be used worldwide and included in the SDG data architecture. For example, the new migration governance indicator 10.7.2 for which data is now available in 70% of countries. Similarly, including indicator 10.7.1 on recruitment fees was essential to work towards a single, globally accepted methodology for measuring progress.

Although many of these methodologies are far from perfect, they seem to be improving. When the SDG-migration indicators were adopted, a few were categorized as Level III, meaning they had no internationally established methodology or standards. Over the years, these have climbed so that from 2022, for example, two out of four indicators to monitor the 10.7 target are at level II and two at level I.

Sometimes the methodologies were relatively innovative. The 10.7.3 indicator, which records migrant deaths and disappearances, relies heavily on media reports due to scarcity of official data. Both the Multiple Systems Estimates (MSE) database and the Counter-Trafficking Data Collaborative (CTDC) database, used to estimate the number of victims of traffickinguse administrative data, which is rarely used for monitoring the SDGs.

We also learned that this is a busy space and that many international organizations and other actors are working to improve data on migration and development. From the WHO’s Global Program on Health and Migration (PHM) to UNODC’s efforts to monitor smuggling and IOM’s various programs to map diasporas and the needs of internally displaced people in their own country (IDP), there are many new initiatives. We don’t know how many there were in 2015, but it’s clear there are many more now.

However, there is still a very long way to go. Only 55% of countries provided data for the SDG migration indicators in 2020. And migrants are invisible in the data we have – that year (2020), countries disaggregated by migration status only one out of 232 SDG indicators. There is a disconnect somewhere between global progress in data on migration and development and concrete progress at the national level.

Statistical capacity can be an issue. It is difficult to generate quality and timely data on migration; many countries struggle to provide basic migration statistics. Often it is not realistic or possible for them to monitor migration and development topics as internationally mandated.

The SDG data framework can also be an issue. The SDG-migration indicators cover a few key topics – such as those above and others – but these may not be a priority for all countries. Conversely, many key topics are left out. For example, while there are over 50 SDG indicators related to health and health, there are none on health and migration. Similarly, there are no indicators on climate change and mobility.

What about the next steps?

The SDGs have made urgent the need for global monitoring of migration and development topics and have given rise to several methodological advances. However, what we know about migration and development in the average country is still, at best, highly patchy. While the SDGs are by no means the only way to address this, they offer a significant chance to do so. So what to do?

The SDG migration reports raise important questions about how global data frameworks are designed and implemented. This is a good time to discuss it. The GCM does not have a data-driven follow-up and review process and instead relies on that of the 2030 Agenda. At present, these building blocks remain fragile.

Increased efforts are needed to create positive returns for the migration and development data of the 2030 Agenda. Fortunately, many innovative projects, diverse and impressive expertise and a common interest in doing so before 2030 mean that we are in a good position to do so.