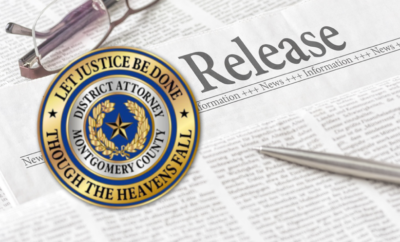 On Thursday, September 1, 2022, a Montgomery County jury sentenced 39-year-old Miguel Angel Moran to life in prison without the possibility of parole after convicting him of continuous child sexual abuse. The trial was held in the 221st District Court, with Judge Lisa Michalk presiding.

Prosecutors have proven that on March 29, 2021, Moran sexually abused a 13-year-old girl at her home in Spring, Texas. Moran initially picked up the child from school at his mother’s request. Finding no one home, Moran took the girl upstairs and performed various sex acts on her.

A few days later, the victim told a school friend about the abuse. The friend convinced the girl to tell a counselor, and the counselor notified the police. Detectives Brad Kennelly and Alexander Randall of the Montgomery County Constable’s Office investigated the case. During the investigation, detectives learned that Moran had also sexually abused the girl’s older sister, beginning years earlier and lasting for years.

Both girls testified at trial, telling the jury that the abuse began around age 13. The accused testified, denying having sexually abused either of the girls. The jury convicted the defendant in about 45 minutes.

During the punishment phase of the trial, the young victim testified that she had attempted suicide after the abuse. The attempt was motivated by feelings of guilt and shame related to the assault.

The jury sentenced Moran to life in prison without the possibility of parole.

Assistant District Attorney Chris Seufert said, “I am so proud of these two girls and their strength in coming forward to hold the defendant accountable for what he has done. It’s not easy for a young woman to go to court and face her abuser, but they did, and because they did, Moran’s reign of sexual terror is finally over. .

Assistant District Attorney Katherine Wiethorn said, “These young women are brave survivors and the heroines of this story. They showed bravery by standing up to a grown man who had raped them both in the worst way possible. What he did was despicable, but they fought his evil with their strength. Thanks to a skilled law enforcement team and twelve brave jurors, this man will never hurt another child again.

District Attorney Brett Ligon said: ‘This man preyed on two young girls and I have no doubt he would have continued to find victims for as long as he could. Fortunately, these two sisters showed courage to set in motion a just and necessary result: Miguel Moran in prison forever.