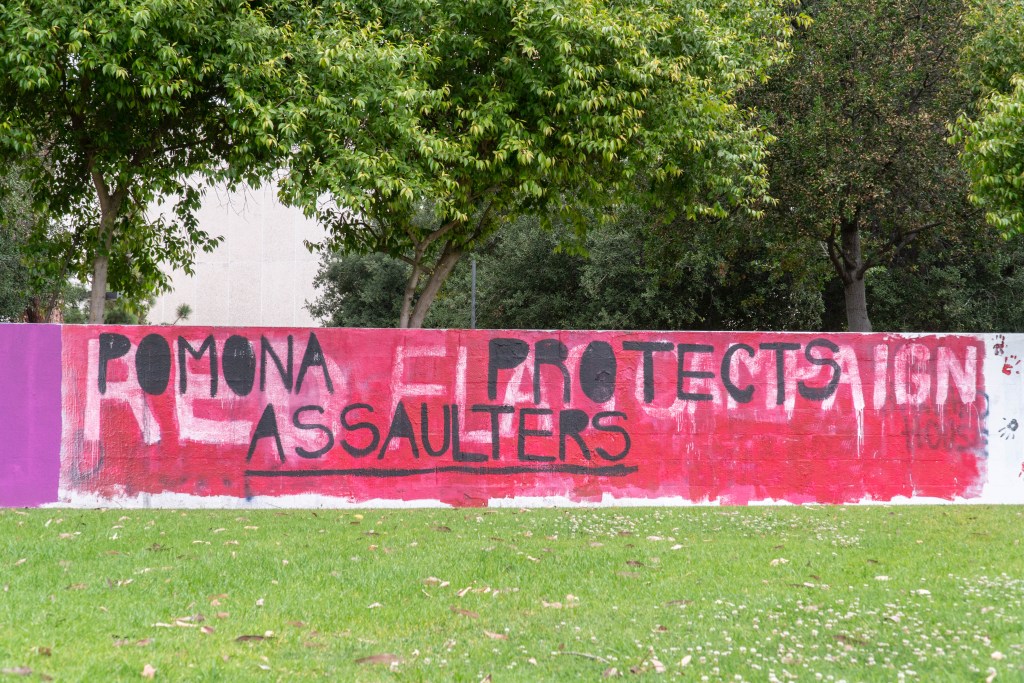 Does a victim of sexual assault really attend a sports match when the alleged perpetrator is a player of the team? This issue weighed heavily on the judge in my Title IX case, who found my abuser “not responsible.”

The virtual hearing that followed the seven-month investigation took place in a hot and stuffy conference room, tucked away in the basement of the Smith Campus Center at Pomona College. Crisps, fruit snacks and cookies were strewn across the table between my case manager and me. From 9 a.m. to 6 p.m., I sat there facing the pixelated image of my attacker.

The verdict, which I had spent months waiting and agonizing over: My behavior during the seven-month period of the Title IX process was found to be inconsistent with that of a “real” victim.

Even before the respondent was interviewed, the primary concern was not whether or not there had been an assault. The main concern was whether or not I had acted as the referee thought a victim might act. His lawyer sent the investigator a list of my inconsistencies and accused me of “tak[ing] far from the validity of those people who are really victims of sexual assault. He said that I should “face severe penalties” for making such accusations.

Throughout the investigation and hearing, rather than focusing on the evidence of the sexual assault and rape I suffered four years ago, the defense put my ‘behaviour’ under the microscope. general during my senior year (read: years of therapy later) and did an assessment of whether these behaviors were consistent with someone who was sexually assaulted.

Here are some of my supposed inconsistencies:

My desire to feel safe at home and my desire to go to sporting events with my friends was too big an “inconsistency” for this retired judge to get her mind around. As a result, she concluded that I could not be a victim.

Attending this game was meant to be a moment of triumph for me, in which I was able to support my friends without letting aggression ruin my college experience. I thought I had fully prepared to be part of the team, which often perpetuated victim-blaming, but I didn’t think the government-appointed professional would succumb to such blatant blame from the defense. In his eyes, the only way for me to claim to be a legitimate victim would have been if I couldn’t be by his side in any capacity. In participating, I had not behaved obediently enough.

The outdated belief that Judge subscribed to and perpetuated is that I am only allowed to react to my trauma within certain parameters. It’s ridiculous not only because it overshadows and obliterates the unique realities of survivors (as anyone who’s seen the Take Back the Night speech knows), but because it uses blatant ex post rationalization. The verdict is in, but I still want to ask the Claremont Colleges community: Do you believe that my behavior after my rape can be used as proof that my rapist is not responsible for his violent behavior?

The implication of the verdict is two-fold: that the Pomona survivors all fit the same soft picture of victimization, and that my attacker’s punishment should only be proportionate to my visible Suffering. The investigator and judge not only instructed me to “correctly” express this deep emotional pain – they revealed their arrogance in assuming my pain was something they could even begin to understand. Pomona can’t keep hiring retired, traumatized-UNinformed judges in Title IX cases. Any hope I had left for justice vanished when the judge herself criticized me for pursuing two Title IX cases in college. Again, what bearing does this fact have on the evidence I provided for my rape, other than the fact that there are multiple rapists on this campus?

Regardless of the specific contradictions and how they viewed my behavior, my behavior should not have been central to the case. Proof of my sexual assault should have been the most important consideration.

The debate over my victim status claim is only a tiny slice of my entire experience with the Pomona Title IX office, which involved violations of policy by administrators and defendant alike. However, my story is not unique – many Pomona survivors face the same victim-blaming rhetoric that has cost me my credibility and, at times, my self-esteem. Despite the frequency of this issue, there is currently no workaround for survivors.

I would like to live in a place where, at a bare minimum, abusers fear the repercussions of being caught. I want to go to an institution that demands justice for survivors – an institution that will not hide the message on Walker Wall but rather listen to our demands. It’s clear to me that Pomona College is failing survivors. While I think Title IX shouldn’t involve the Pomona administration at all, the least they could do is hire knowledgeable investigators and judges who would see through the defense’s blame tactics.

Coming back to the question that I support, we shouldn’t even ask ourselves: is a victim of sexual assault really attend a sports match when the alleged perpetrator is a player of the team? The answer – my answer — is simple: Yes. If I had known the system was so rigged the question wouldn’t be whether I had been assaulted or not, but rather If I showed the slightest sign of enthusiasm, I wouldn’t have closed the fucking case.

Guest columnist Nanea Haynes PO ’22 hopes Pomona takes her comments to heart. She would like to thank Camilla Guo PO ’22, her confidante and friend, who played a key role in the writing of this piece.