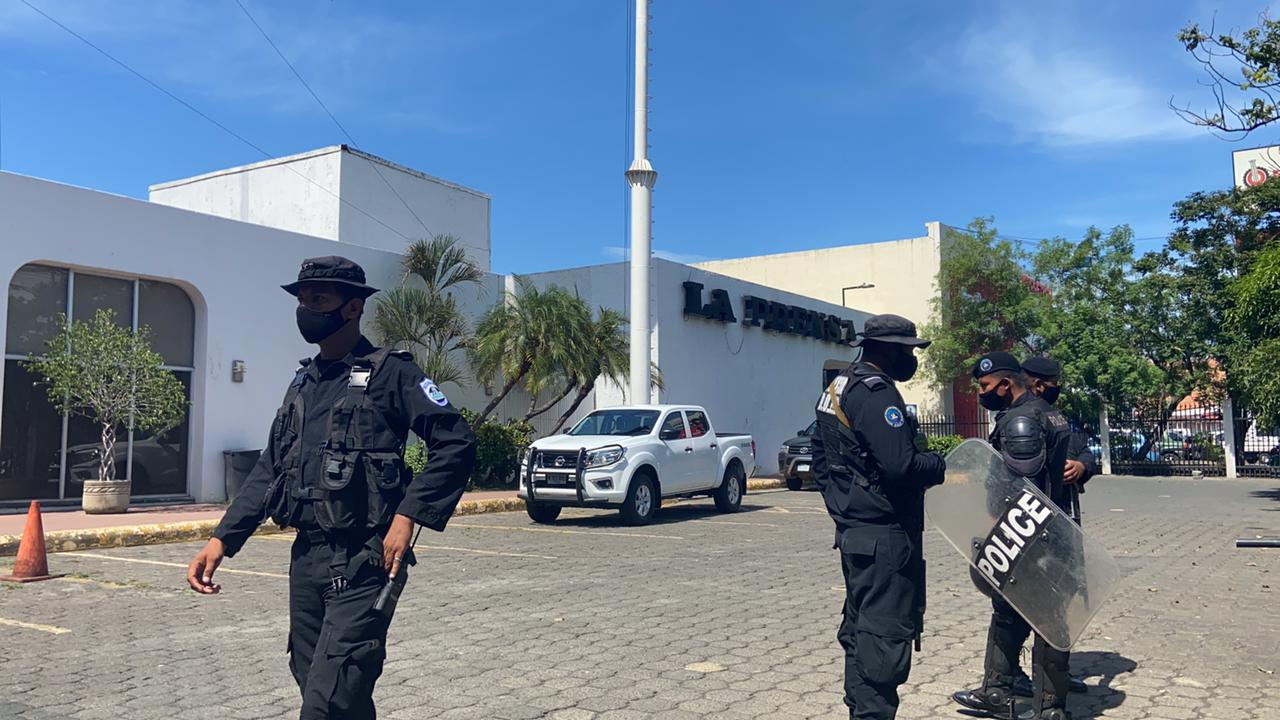 Ortega’s campaign to wipe out journalism in Nicaragua

The departure of 15 Nicaraguan journalists through border trails has been documented in the past two weeks.

HAVANA TIMES — Nicaraguan journalist Abigail Hernandez says Daniel Ortega’s regime has been pursuing a repressive “scorched earth” policy against journalism for the past few weeks. He wants to make it go away.

Hernandez is director of the Galeria News platform and member of the Executive Commission of Independent Journalists and Communicators of Nicaragua (PCIN). This organization, she says, has gone from the “permanent alert” it has been holding since February 2021 to a “high alert” situation today.

“Over the past 15 days, we have faced a fierce attack in terms of persecution of the independent press. There is a significant displacement inside Nicaragua, and a new wave of journalists who go into exile”, she underlines.

The PCIN has documented the departure of 15 Nicaraguan journalists through border tracks in the past two weeks, but believes there are more cases. An undetermined, but likely large, number left their homes and took refuge in other homes to avoid capture.

A journalist from the Nicaraguan newspaper La Prensa, who for security reasons prefers to keep his name confidential, is one of them. He says that after covering up a story, the regime’s police came looking for him at his house with the intention of arresting him. He avoids being apprehended because, warned that he is wanted, he first takes refuge in another house and then goes abroad by “tracks” and “only with the clothes he is wearing”.

“My house was raided twice by a large number of police. They seized all my work equipment. My physical integrity was already in danger, so I had to apply the protocol I had and look for safe houses, protection, and then I had to leave the country,” he says.

“I am persecuted simply because I am an independent journalist and work for a critical media in Nicaragua. It makes power uncomfortable and makes you their enemy,” he adds.

One of the media hardest hit by the regime’s latest offensive is the La Prensa newspaper. After reporting on the expulsion of the nuns from the Sisters of Charity on July 6, two drivers were arrested, nearly all of its staff persecuted, and at least ten editors and photographers had to rush into exile.

La Prensa, the oldest and most historic media in Nicaragua, denounced that “the regime of Daniel Ortega and Rosario Murillo began, since Wednesday evening, a manhunt” and demanded that the laws be respected. “Those arrested must be released and the persecution of the newspaper employees, who are just doing their job, not committing any crime, must stop,” he said.

“There is a witch hunt,” says Abigail Hernandez. “The hallmarks of the raids are that they do not present any court orders, nor any justification based on an investigation, nor do they mention a motive. They enter the houses and look for the journalist. In some cases, they go around neighborhoods and communities asking where journalists are with names and photos.

“A usual behavior is that journalists do not have their passports renewed when they go to update them, they are confiscated at border posts when they want to leave and, in some cases, their expired identity cards are not renewed. “, emphasizes Hernandez. to explain why journalists fleeing the regime must do so away from border posts.

“They are leaving illegally because they have a detention order and this exposes them to all kinds of dangers, including sexual assault, mainly against female journalists,” she said.

This Wednesday, police officers seized the work equipment of Channel 10 correspondent in Boaco, Francisco Cantillano, after reporting on a protest sit-in that a group of citizens organized to demand the release of Bishop José Leonardo Urbina, accused in La justice de Managua for an alleged rape of a minor, in a dark chapter that the population attributes to the repression also maintained against the Catholic Church.

In addition to stealing his equipment, the police summoned Cantillano to the city police station, while police officers keep his house surrounded to prevent him from leaving.

The rapporteur for freedom of expression of the Inter-American Commission on Human Rights (IACHR), Pedro Vaca Villarreal, interviewed by Esta Noche, warned that the plan of Daniel Ortega’s regime is “to exterminate the journalism” in Nicaragua.

“Reports of roundups and persecution of journalists in their home environment, or that of their relatives, are constant. There are signs to believe that there is a plan to exterminate journalism, so that it disappears as a profession in Nicaragua,” said Vaca Villarreal.

Although there are no more journalists detained since this last crackdown, acknowledges PCIN board member Abigail Hernandez, the organization has seen an increase in police surveillance of journalists. “We continue to document stolen equipment and express detentions, which are 15 to 30 minute detentions where they are threatened that at any time they can be imprisoned and it is made clear to them that they are going to be arrested if they continue reporting,” she said.

“We have been doing clandestine journalism for a year, we will continue to work like this and each media must seek new ways to innovate”, underlines the journalist. “It’s not just a media issue. Nicaraguan citizens must reflect on silence, on information that does not reach citizens.

The regime of Daniel Ortega and Rosario militarily occupied the building of the newspaper La Prensa, the television channel 100% Noticias and the group of information platforms Confidencial, Esta Semana and Esta Noche.

The Andean Foundation for Media Observation and Study (Fundamedios) estimates that around 135 Nicaraguan journalists have been forced to work in exile due to the regime’s repression. Twelve other journalists and media-linked people remain in detention, most for about a year, in the notorious El Chipote prison.