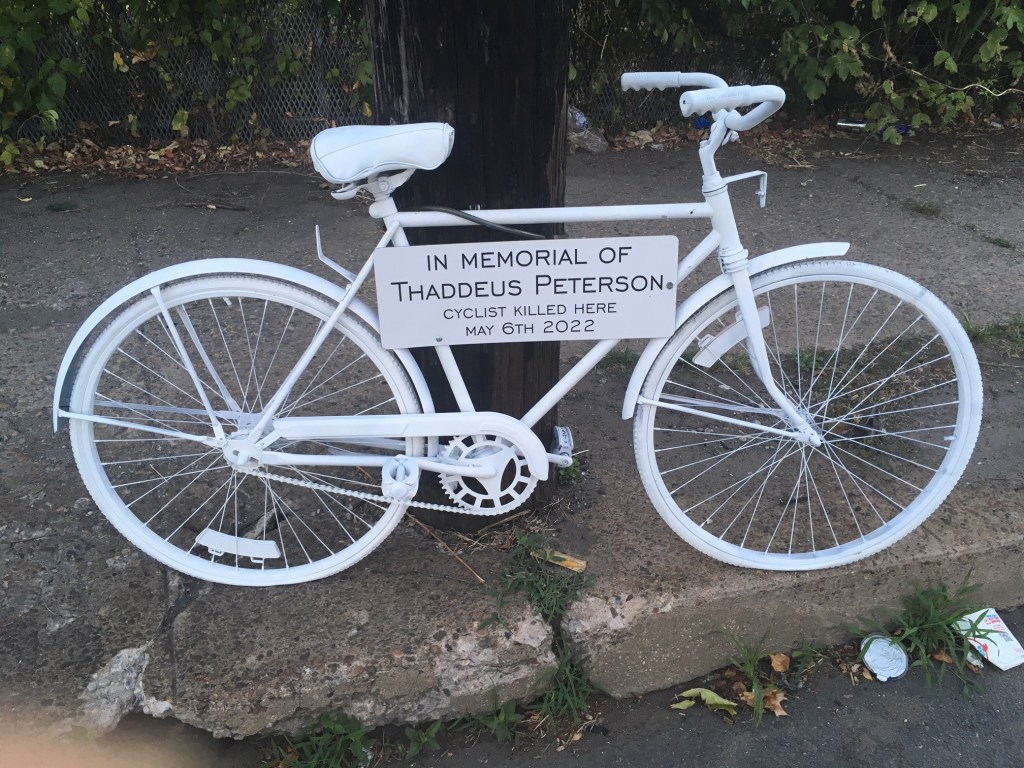 A tribute to a Trenton man draws attention near the bridge where he died.

Take an overpass from North Olden Ave. and the all-white bike is immediately reminiscent of Thaddeus “Ted” Otto Peterson.

A small white sign attached to the English Racer reads: “In Memorial of Thaddeus Peterson. Cyclist killed here on May 6, 2022.”

There is no doubt that a member or friend of the Peterson family created this memorial which has an instant and powerful impact.

Peterson, 68, died after being struck by a hit-and-run driver. Police have charged Timothy Grouser, 45, with leaving the scene of a fatal accident and endangering an injured victim.

The bike sparked interest from his obituary which identified the Trenton High graduate as a Navy veteran, a friend of Bill W. and a lover of pizza, cats, family members and Perry Mason reruns .

According to the Centers for Disease Control and Prevention (CDC), nearly 1,000 cyclists die and more than 130,000 are injured in crashes that occur on US roads each year.

The risks vary by age and gender.

Adults between the ages of 55 and 69 have the highest cycling death rates.

About 64% of cycling fatalities occur on sections of road away from intersections (where higher speeds may occur) and 27% occur at intersections.

Approximately one-third of crashes that result in the death of a cyclist involve alcohol for the motor vehicle driver and/or the cyclist.

As more bikes appear on the Trenton landscape, ride with awareness. Motorists and cyclists have a responsibility to drive and ride in a respectful and legal manner.

Share the road and in the event of an accident, stop, provide assistance and call for help.

LA Parker is a Trentonian columnist. Find him on Twitter @LAParker6 or email him at [email protected]