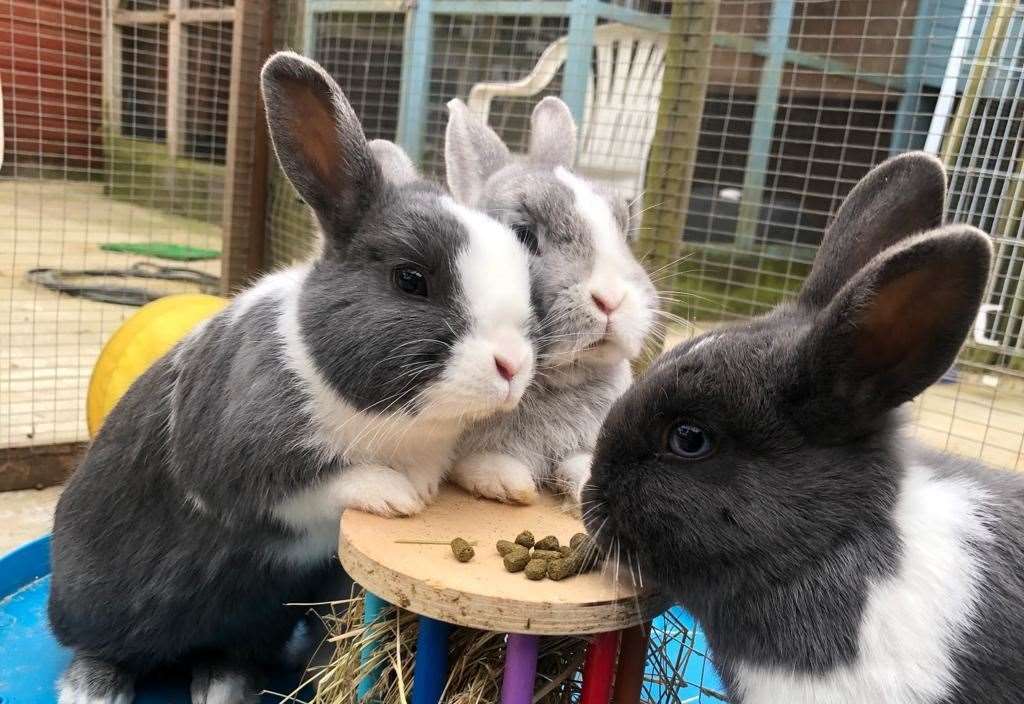 A herd of rabbits that were abandoned on the side of a road have now all been rehomed.

The 10 rabbits were found crammed into cardboard boxes and two pet cages with no food or water in Dartford on New Years Eve.

They were cared for by the RSPCA where all but one of the rabbits recovered.

North West Kent branch manager Becky Blackmore said: “Unfortunately one of the rabbits did not survive. When you consider they spent New Year’s Eve in a few cardboard boxes as fireworks went off and people celebrated the New Year, it was surprising that nine of them were found safe and sound by a member of the public in the morning.

“They are now all cured. The last one has just moved into her lovely new home.”

Among those found on the side of the road at Sandringham Drive was a black RSPCA woman named Raven, Harvey – believed to be the father of young Rosie, Roxy, Romy, Eric and Ernie – as well as two grown men, Dave and Ginger .

Although described as a “happy ending”, Becky hopes it will be a “useful lesson in the need to have pet rabbits neutered”.

She added: “A lot of people have acquired rabbits as pets and are now getting rid of them. This is partly because rabbits can be difficult to sex and if unneutered rabbits are together the paw crackling of baby bunny will follow soon.

“It’s not a myth to ‘breed like rabbits’. When we rescue groups of abandoned rabbits, a mother with very young babies will usually already be pregnant again.

“This means we may have to care for mum and two litters of babies for months until everyone is old enough to be neutered and rehomed.”

Since rescuing the 10 rabbits on New Years Day, the branch has rescued another 40 in the Dartford and Gravesend area, many of them “accidental” newborns.

The RSPCA has seen an increase in the number of abandoned rabbits this year and said in March it was “overwhelmed” with unwanted rabbits.

It also comes with fewer people wanting to rehome pets, according to animal welfare experts.

The RSPCA has 150 rabbits waiting for new homes and over 100 more are being cared for. You can find RSPCA rabbits near you here.

Charity officers launched an investigation into the Sandringham Drive incident at the time, but received no information about the origin of the rabbits.