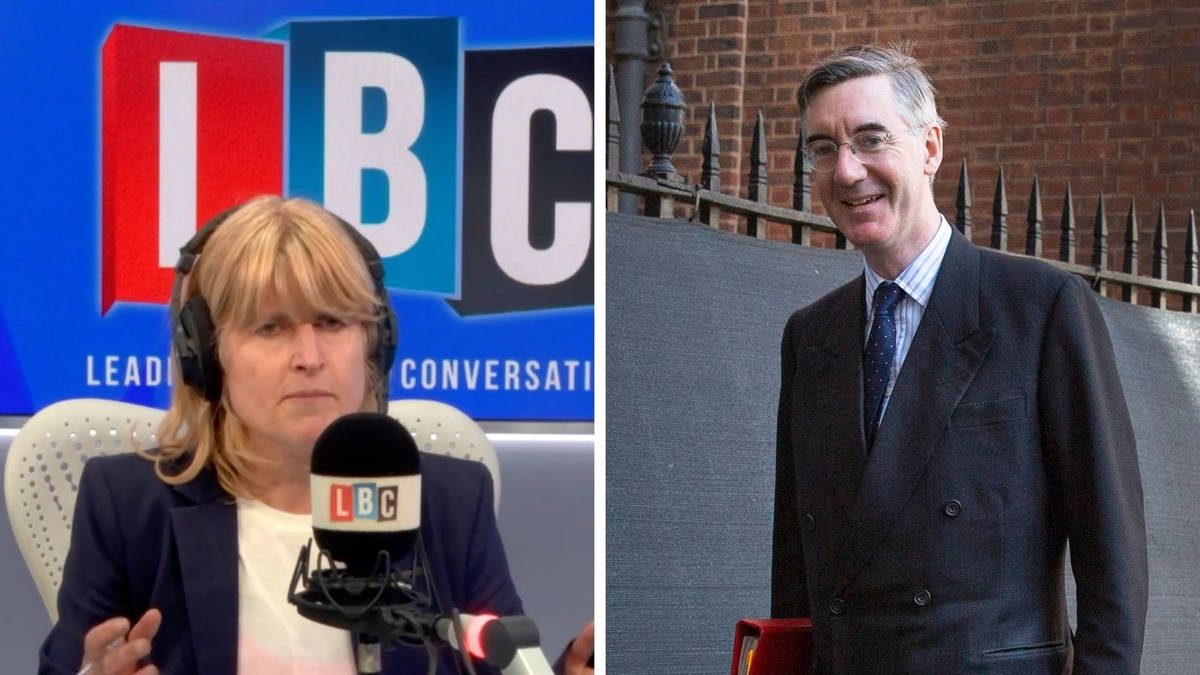 Rachel Johnson says she agrees with Jacob Rees-Mogg’s drive to bring civil servants back to the office, insisting too many people are ‘on their platoons’, ‘watching Netflix’ and ‘working from home’ .

Mr Rees-Mogg has been criticized for leaving notes in an area of ​​the Cabinet Office following a whistleblower by a minister that the space that could accommodate ‘dozens’ of staff had been left ‘completely empty “.

Printed on government paper with Mr Rees-Mogg’s title, the notes bore the message: “Sorry you were away during my visit. I look forward to seeing you in the office very soon.”

Rachel said, “I’m pretty happy to have a bit of hybrid work and a bit of flexibility in everyone’s schedule, but I think I’m basically okay with Jacob Rees-Mogg.”

She added there was a ‘veiled threat’ from Mr Rees-Mogg that ‘if you don’t return to the office in person, you are essentially signaling to your bosses that they may reassign your position’.

“I think maybe that’s what we need,” she said.

Rachel continued: “I’m in the middle of an administrative and bureaucratic nightmare related to probate and the delay in probate because people are working from home, I think it can take up to a year.”

She also pointed out that the DVLA and driving licenses “are withheld”.

She said: “It’s delaying people’s lives because people are sitting at home and working from home.

“I know there will be people who will say it’s much easier to combine childcare or caring for an elderly parent with working from home and I take that point.

“But I think Jacob Rees-Mogg is probably right on that and if you’ve taken a job assuming you’ll be in your department, you’ll have face-to-face meetings, you’ll do all the things you used to. to do in person…so I think you’re contractually obligated to do it.”