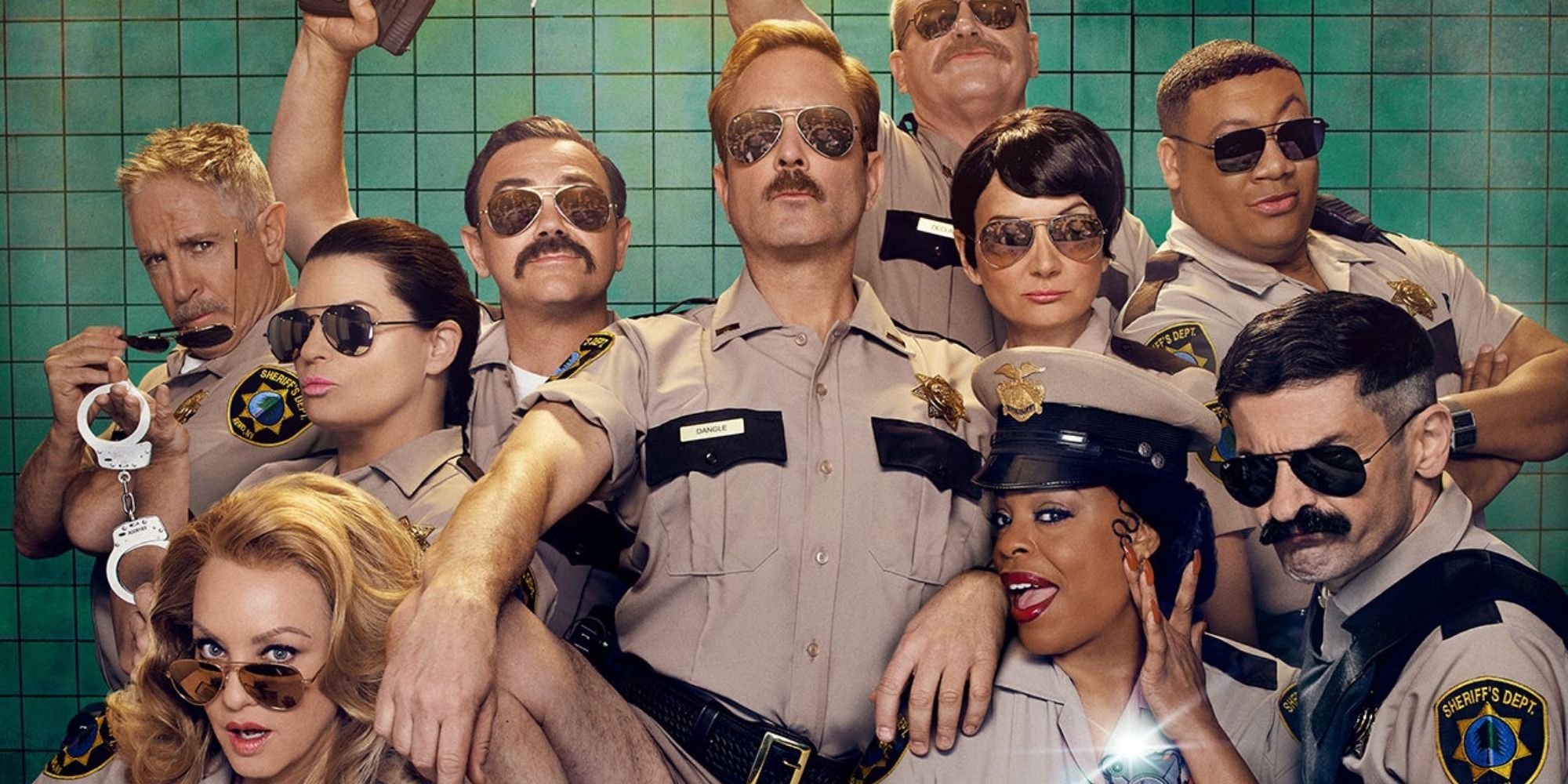 Lt. Dangle (Thomas Lenon) and her shorts are back on Comedy Central just in time for the holidays. A new trailer for the holiday special Renew 911! : It’s a marvelous robbery brings together the entire Reno Sheriff’s Department for an absurd holiday investigation with many guests and a visit from a special “Christmas Angel”. Thanks to his visitor, Dangle will see what life in Reno would be like if he had never been born. The feature special will air on Comedy Central on Saturday, December 3.

Dangle is at a low point at the start of the trailer, praying to a Christmas angel atop a mall for some kind of advice. He gets his wish, but not in the way he expected, as the angel appears as sex worker Terry (Nick Swardson) offering to show him what everyone’s life would be like without him. To his horror, Deputy Weigel (Kerri Kenney-Silver) now plays musical glasses professionally, Jones (Cedric Yarbrough) runs a successful fondue restaurant, and Clémentine (Wendi McLendon Covey) becomes rich. Dangle can’t have this and wakes up to get back to work. He and the rest of the department must help a mall owner protect his precious silver nugget. Naturally, everything descends into chaos with the cops on the job as they attempt to thwart the heist. They face off against a number of colorful characters, as well as a chimpanzee in a sack, all in the name of Christmas cheer and salvation. At the end, they are even roped into a Nativity play to welcome them during the holidays.

With the special Renew 911! come full circle in its mad dash of undo and rebirth by returning to the network that started it all. The series ran for six seasons on Comedy Central before being axed in 2009. It was later brought back to life on the short-lived Quibi service, then picked up by Roku after Quibi folded. Since then, the series has also enjoyed a number of specials, including The hunt for QAnon and Refunded which depended heavily on current events.

The full original Renew 911! is back for the special with Lennon, Kenney-Silver, Yarbrough and McLendon-Covey joined by Niecy Nash-Betts, Carlos Alazraqui, Mary Birdsong, Ian Robertand Joe Lo Truglio. SNL alum Bobby Moynihan also makes an appearance as the mall owner desperate to protect his nugget. The special also marks a return for Swardson who can put his roller skates back on after playing the quirky Terry in the original series.

Renew 911! : It’s a marvelous robbery arrives at Comedy Central on December 3 at 8 p.m. ET. Check out the trailer below.