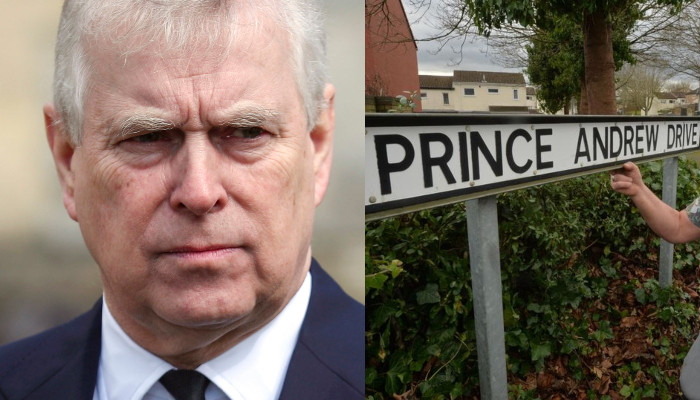 Residents of Prince Andrew Drive in Telford, Shropshire are demanding a name change as the Duke of York is currently involved in a sex abuse case.

Angry locals think ‘it’s not right’ to keep the name ‘Prince Andrew Drive’ for their street as he faces a civil case in the US for allegedly sexually assaulting Virginia Giuffre on multiple occasions when she was only 17 years old.

Following the explosive claims, the Duke of York became embroiled in a public controversy that ultimately led to the monarch stripping him of his royal and military patronages.

It has also affected residents of Prince Andrew Drive, with one resident saying it “isn’t fair that it bears his name”.

“We thought about writing to them,” they said.

Additionally, another resident insisted on changing the name but sticking to the royal theme by naming it after one of Cambridge’s children, Prince George, Prince Louis or Princess Charlotte.

However, residents Terry and Kim Beech don’t think that’s much of a problem.

Proceeding Without the People: Labor’s Gift to the Right.