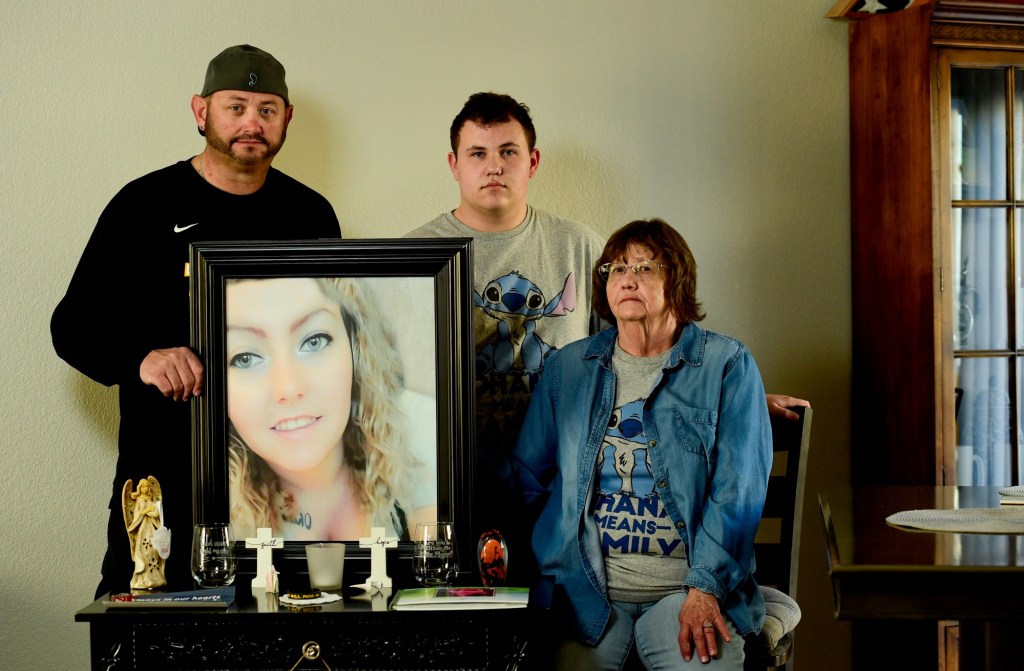 On the 22nd of every month, Robert Olds publishes a post on Facebook. Each will usually include a photo of her niece, Rikki Olds, or a memento in her honor.

It has become a tradition, part of his ongoing efforts to keep his niece’s memory alive. Rikki, 25, was one of 10 people killed about a year ago at the Table Mesa Drive King Soopers where she worked.

In the immediate term, a mass shooting weighs heavily on the spirit of a community. But this attention often fades.

“Too often, it’s the reality: everyone thinks about it in the moment. One month, two months, three months… their life goes on,” Robert Olds said. “When you’re a victim, you’re kind of stuck in that moment.”

South Boulder King Soopers remained closed until February, when the store reopened with a new design in response to community and employee feedback. King Soopers is planning a memorial tree garden in remembrance of those lost in the shooting.

Rikki grew up in Lafayette and graduated from Centaurus High School in 2013. She started working at King Soopers in 2016, starting as a deli clerk before moving on to deli manager.

At the time of her death, Rikki was a front-end manager, usually responsible for supervising all employees in a particular section, such as cashiers and customer service representatives, and was training to become a store manager.

As he reflects on what he has lost, Robert struggles to remember that Rikki will no longer be around for the everyday moments of life.

“For me, personally, it lacks the randomness of going into the house,” he said. “Me teasing her hair color of the month or any new tattoo she got.”

And perhaps even more than his own stories, he was comforted by the countless stories he heard from friends and colleagues in the months following Rikki’s death: jokes about interactions with customers and times when she went out of her way to make people laugh.

“I think it just reflects his character,” Robert said. “Also, I think it was kind of her way of healing from the trauma she faced in her life.”

Rikki’s mother left when she was young and she and her brother ended up living with their grandparents, he noted.

A fight for justice

Losing the chance to celebrate birthdays and holidays with Rikki or hang out with her randomly has usually been the hardest part of the loss.

But the most unexpected difficulty? The paperwork and more bureaucratic steps that must be taken when losing a loved one, especially in such a violent and public way.

“No one logically thinks they’re going to have to mind their 25-year-old relative’s business,” Robert said. “It’s really difficult.”

In the aftermath of the shooting, the Olds family was one of the few to regularly agree to be interviewed and speak at press conferences when there are updates in court proceedings. The other nine families declined an interview for this story.

“If I can keep the memory of my niece, so that people don’t forget the story and don’t forget her…she was part of it,” he said.

“It’s my way of fighting for justice for her and for everyone else,” Robert later added.

Overall, Robert hopes what happened at this store will inspire company-wide training and safety changes.

When King Soopers reopened the store earlier this year, it declined to share any specific changes or upgrades made to the security of that particular store or any member of the chain, citing security concerns over the revelation of measures. security in place.

Still, while his various efforts for justice have helped him cope, Robert acknowledges that his feelings about losing Rikki continue to evolve.

For the first few months after his death, Robert remained in survival mode.

Then he got angry. He said rage ultimately cost him relationships with people he cared about.

“It’s something that I don’t think gets talked about a lot – you as a person and as a victim of it, you change,” Robert said. “True, false or indifferent, there are relationships that are affected.”

This experience is common among people who experience trauma, according to the International Society for Traumatic Stress Studies.

“No matter what traumatic event or circumstance a person endures, whether it is the sudden death of a loved one, an air disaster, a hate crime, communal violence, child abuse childhood, sexual assault, war or refugee, it is natural for the experience to affect relationships with others,” the company noted in a report.

After much conviction and encouragement from his support system, Robert began therapy. He said it was a necessary step as he processed his grief.

But everyone deals with trauma differently and on their own timeline, according to Karen Schweihs, director of the Boulder Strong Resource Center, a resource center run by Mental Health Partners of Boulder and sponsored by King Soopers.

“We know that trauma happens at times that are unpredictable for people,” she said.

The Boulder Strong Resource Center opened in the days following the shooting and moved to a permanent location on Baseline Road in June. Rep. Joe Neguse, D-Lafayette, secured $275,000 in federal funding for the center, which continues to serve an average of 200 visitors each month.

The center, open to those affected in any way by the shooting, offers several services, including comfort dogs, counseling, massage and art therapy.

As Boulder marks one year since the shooting, the families of those lost, others inside the store, and the community at large continue to deal with the aftermath.

Ensuring people stay connected and have continued support in the aftermath of mass violence is critical, according to a report by the American Psychological Association.

“We know that after a tragedy the impact is long term,” she said. “These 10 people will never be forgotten and the community needs to heal. This takes lots of time. There is no quick fix.