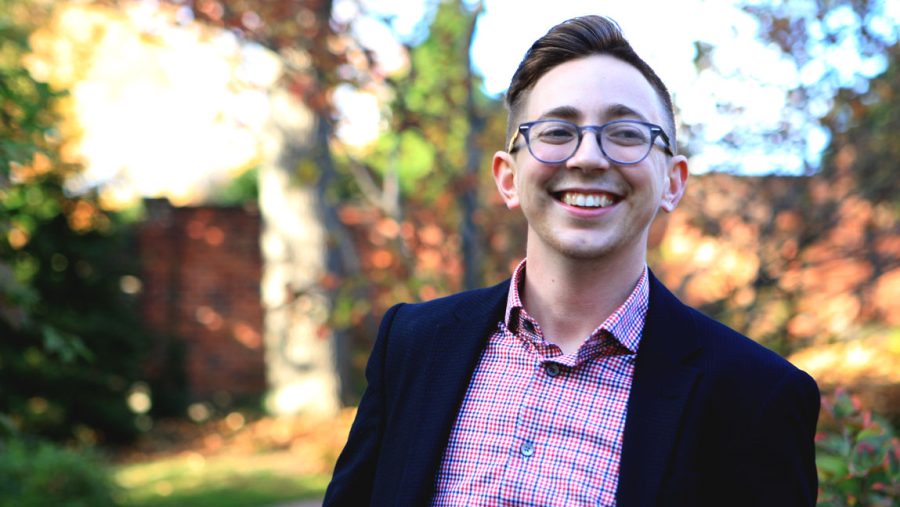 Ruggles begins his role at the University on February 22 under the supervision of Dean of Students David Nestor, Nestor said. Ruggles will have an office at Nicholson House where all UVM students and affiliates will go.

“It is an honor to work directly with survivors […] and I carry all of their stories with me when I think about the prevention aspect of the role,” Ruggles said. “I’m excited to work and build relationships with students who are truly passionate about it.”

Ruggles will conduct a needs-based assessment to determine what students feel are the knowledge gaps in their experiences when they begin their new position at UVM, they said.

Ruggles specializes in sex therapy, addiction and trauma recovery, culturally competent LGBTQ+ services, comprehensive sex education, and the prevention and promotion of sexual, gender-based and relationship violence, according to their LinkedIn profile.

Ruggles identifies as trans, queer and polyamorous and practices ethical non-monogamy, according to a Dec. 1 presentation to the UVM community.

Ruggles comes from a position at Brown University, where they oversaw a variety of peer education programs, according to the presentation.

Prior to working at Brown, Ruggles served as director of the Sexuality and Resource Center for SUNY Oneonta in New York, according to the presentation.

“It really is a dream job for me to have a little bit of creative license,” Ruggles said. “I’m really excited to get to work and get to know you all there.”

Prehoda is on the committee because numerous reports of sexual misconduct have implicated the College of Medicine and students have drawn attention to its shortcomings in medical education regarding sexual assault, she said.

“My biggest core values ​​are honesty, communication, and respect, and those are the three things every time I interview someone that I put first,” Prehoda said. “Elliot’s enthusiasm oozes attention.”

Nestor and Erica Caloiero, vice-rector for student affairs, served as hiring managers for the process. They made the final decision as to who was hired, based on the committee’s recommendations.

“The search committee selected, interviewed and ensured that a wide range of stakeholders were engaged in the interview process,” Caloiero said.

UVM first listed the position on August 3, Caloiero said in a February 3 email. Initially, 37 people applied, but within three or four months the committee narrowed the pool of applicants down to three finalists, Henson said.

The committee conducted one-hour interviews with each of the three finalists.

The committee looked for candidates willing to break standards and exceed minimum expectations and job objectives, Henson said. She wanted the role to be filled by someone who wasn’t afraid to push the status quo.

Henson said she and other committee members hope the position will involve sexual assault prevention work with a focus on helping BIPOC and LGBTQ+ people.

“[The University] cannot absolve themselves now of any harm they have done, but they should continue to hear student demands, student voices, and continue the conversation,” Henson said. “The conversation doesn’t end with hiring Ruggles.”