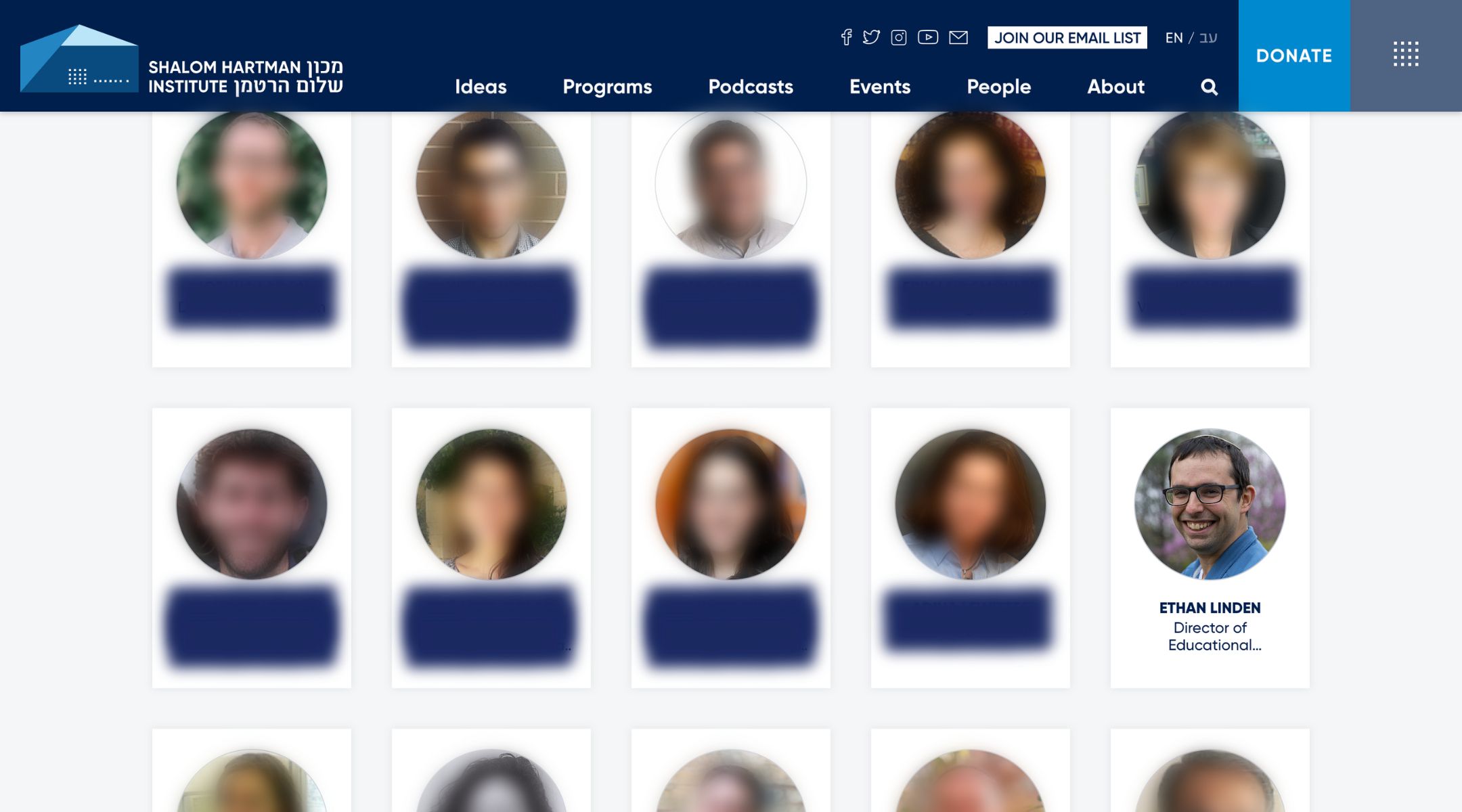 (JTA) — Six months after a lawsuit claimed he mishandled an allegation of sexual assault between campers at Camp Ramah in the Berkshires, former camp director Rabbi Ethan Linden has a new job .

Linden took over as director of educational operations and design for the Shalom Hartman Institute on Monday, the Jewish education nonprofit confirmed. The job is to support Hartman’s educational programs throughout the year in a “vital role of internal coordination and consultation,” according to a Hartman spokesperson.

The Shalom Hartman Institute runs more than a thousand programs throughout the year, ranging from one-off conferences to thought leader meetings to a gap year program in Israel. It also operates two high schools, one in the United States and one in Israel.

The spokesperson declined to say whether Linden would have contact with teens involved in Hartman’s programs, but said in a statement, “We maintain rigorous processes to screen and assess the skills and character of potential employees in our commitment to excellence in our work.”

The new job caps a tumultuous time for Linden, who was one of three named parties in a lawsuit filed in early May by a former camper in Ramah in the Berkshireswhere he had been a manager since 2016. Camp and Linden told the court in August they had reached a settlement with the former camper, which was finalized last month.

The lawsuit alleged Linden and others overseeing the camp “acted with willful indifference” in the summer of 2018 after the camper alleged she was sexually assaulted by a male camper. The lawsuit alleged Linden failed to tell the camper’s family of the assault, and instead pressured her not to tell her parents and only involved the police after her parents learned of the alleged attack.

The lawsuit also claimed that Camp Ramah and the National Ramah Commission, the organization that oversees all Ramah camps, were aware of the alleged assault and how it was handled at least in January 2019, and that they had allowed Linden to remain in charge. Both groups said in a statement in May that the camp had previously cooperated with law enforcement.

Linden was furloughed a week after the complaint was filed and National Ramah Commission Director Amy Skopp Cooper ran Camp Ramah in the Berkshires last summer. On November 1, Susie Charendoff took over as interim director.

The camp informed the families Oct. 16 that Linden had resigned from his position, saying, “We wish him all the best and know that his many talents, his energy and spirit, his warmth and his passion for Jewish camping will be missed. . ”

Linden had previously worked as a rabbi at the conservative Shir Chadash congregation in Metairie, Louisiana, near New Orleans, and at three other Ramah camps.

A lawyer for Ethan Linden did not return a request for comment at the time of publication.