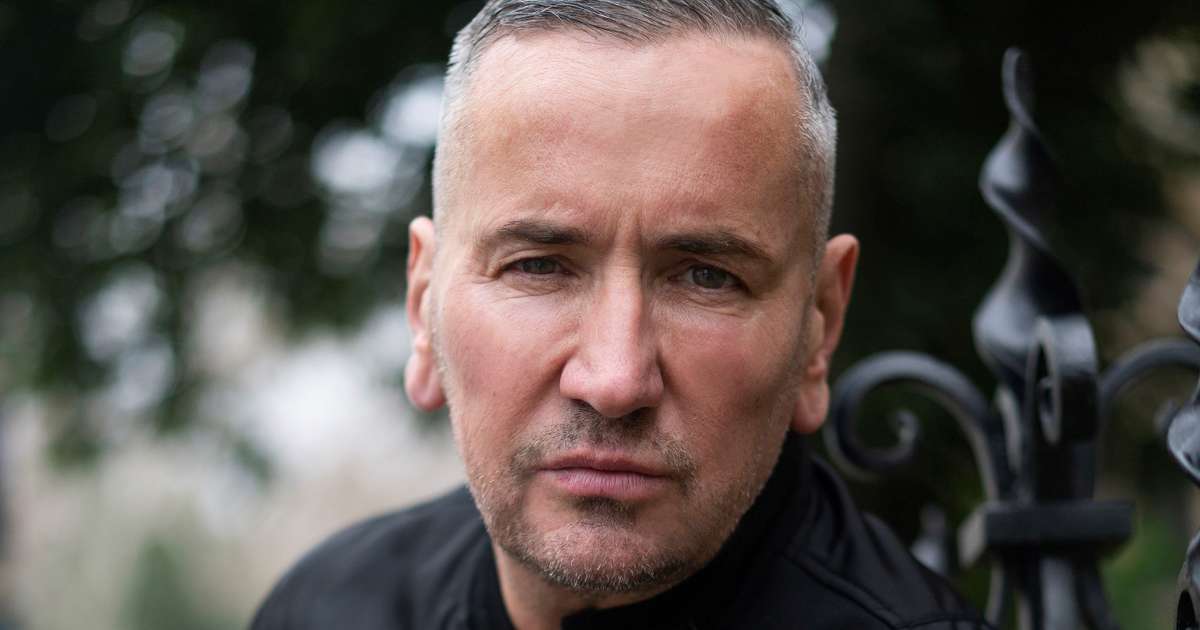 “Sobriety taught me that life is worth living”: life lessons with DJ Fat Tony – Reports

What did you learn from prison?

Jail was tough. When you’re stripped of everything and you’re in there and you’re living in fear, and the only thing that’s holding you together is you’re innocent, and you know you’re innocent, you’re gonna walk out of there. fight your corner. I wasn’t even allowed to make phone calls in prison. It taught me another form of humanity. It undressed me right away. The ego was gone, everything was gone while I was in Pentonville prison. It was horrible, but the only thing that kept me going was that I knew I was innocent.

Have you ever received a phone call?

I received a phone call. I was in a police cell for four days and I went to court and they sent me straight to Pentonville. I got to Pentonville and they put me in wing A, on the top floor. I was up there and I was in a cell and I was like ‘Thank God I’m all alone’, and then all of a sudden I walked into this big guy and he said ‘hey, it’s okay “, and I just sat there crying. He looked at me and said do you want powders or pills. Then I looked at him and said I was recovering. I thought he was going to walk away, but then he said “oh my girlfriend is recovering, maybe you know her”. It was one of those scenarios where I thought there was no way I knew his girlfriend but it turns out I was in rehab with her. And I helped her go see her kids and that, and he told me to wait, and he gave me a cell phone. It was the first time I could call my mom and my boyfriend and tell them what happened. All they knew was that I was in jail. The biggest thing I learned while I was in prison was to be honest; the fact that I said I was recovering allowed me to have a cell phone. I was treated. If I came out with a nonsense story or relapsed, it would be game over.

What have you learned from rehabilitation?

Do not take drugs! I learned to be nice to people, that’s one of the main things. When we are lost in addiction, the world revolves around us, what people think of me etc. Then suddenly, when you’re transported to a facility and there are 19 other people, it’s all about them and you, you quickly know it’s not just about you. To sit and listen to other people’s problems and to open up and identify that something is going on, to sit and listen has taught me a lot. Just because someone doesn’t look like you doesn’t mean you shouldn’t respect them. I learned to accept myself, but I also learned to love myself, learn from myself and learn from others.

Read this next: DJs share their tips for getting sober at the rave

What did you learn from people who thought you were dead?

What have you learned from sobriety?

This life is worth living. That I am lovable and that I have freedom. I care not only about myself, but also about the people in my business, my life, and my world. If I drink another drink, it will be the end of everything I have, this freedom will disappear. One is too many and a thousand is never enough. I learned that there is nothing wrong with crying. I always ran from my feelings and learned that it was okay to be me. The opinion of others does not matter, everyone is entitled to their own opinion, but keep it to yourself. Not everyone is the same, and thank God not everyone is! I used to think, oh I don’t get along with them because they’re not like me, but thank God there aren’t people like me anymore! I learned that I love life more than anything, I treasure my life. Music is the best drug in the world. Whatever you take will never match the high the music will give you.

What have you learned from memes?

So many! I learned that I’m really good thief! Every day, I post a Thought of the Day, and there’s a lot of thought going into it. I think about where my mind and mental head is, I’ll see something on the news, or I’ll see something my friend said. I would go through my vast library, I have about 75,000 photos on my phone. I’ll look for things and post them. I learned that it can change your thought process for the day. During the pandemic, we have been filled with fear from the minute we opened our eyes until the minute we closed them. I learned from memes that you can make people laugh and you can change someone’s whole day just by posting something funny. Finally, it is shared and it comes back to me. They are there to laugh at the ridiculousness of life and the ridiculous seriousness of some people. Laughter is the best form of medicine, when we laugh at things we have been through. I post a lot of drug memes and I post a lot of trauma memes, but I post them for laughs because laughing takes the power out of that stuff. If you laugh, you overcome it. Laugh, belly laugh, not out of fear. That’s what it’s about. Some are mean and bitchy, but I stay away from it all. Sometimes I feel like it! But I stay away from that first initial thought. The first thought always gets me in trouble, but it’s the second and third thoughts I act on today.

Read this next: Let’s face it: Berghain has become dance music’s biggest meme

What have you learned from social media?

To never read the comments! When you put yourself out there, like I did in this book, you remain vulnerable. People feed off of that stuff, you know Brian who sits in his room all day on his keyboard will think he’s a better DJ than you and has a better record collection. He will still comment though. If I’m in a certain newspaper I read those comments and you can see that people leave those kind of comments because they don’t relate to my lifestyle. I learned not to go there. Your opinion is your opinion, it means nothing to me.

What have you learned to stay relevant?

I learned that I don’t have to try to stay relevant. Putting one foot in front of the other, and just loving what I do and being me is pretty relevant. I don’t have a game plan for three months, or six months, I don’t have strategy meetings. I don’t care if my followers go down, I’ve learned to stay in the day and make sure today is fucking awesome.

What did you learn about not accepting requests?

Just the fact that we as DJs are artists. If I was making music today and I released a track and all of a sudden a person was like “oh you should change the bass line, that’s not quite it, that hook ain’t all quite right”, why would you listen? It’s the same as taking requests. It doesn’t matter who you are and what you do. You get a little person who wants to be negative and will come up to you, and ask for house music or whatever, but leave! Let’s do our job! We are not jukeboxes, if you want, go to your local pub and stay there!

I Don’t Take Requests is now available, get it here

Collecting blood for research to provide a screening tool for PTSD