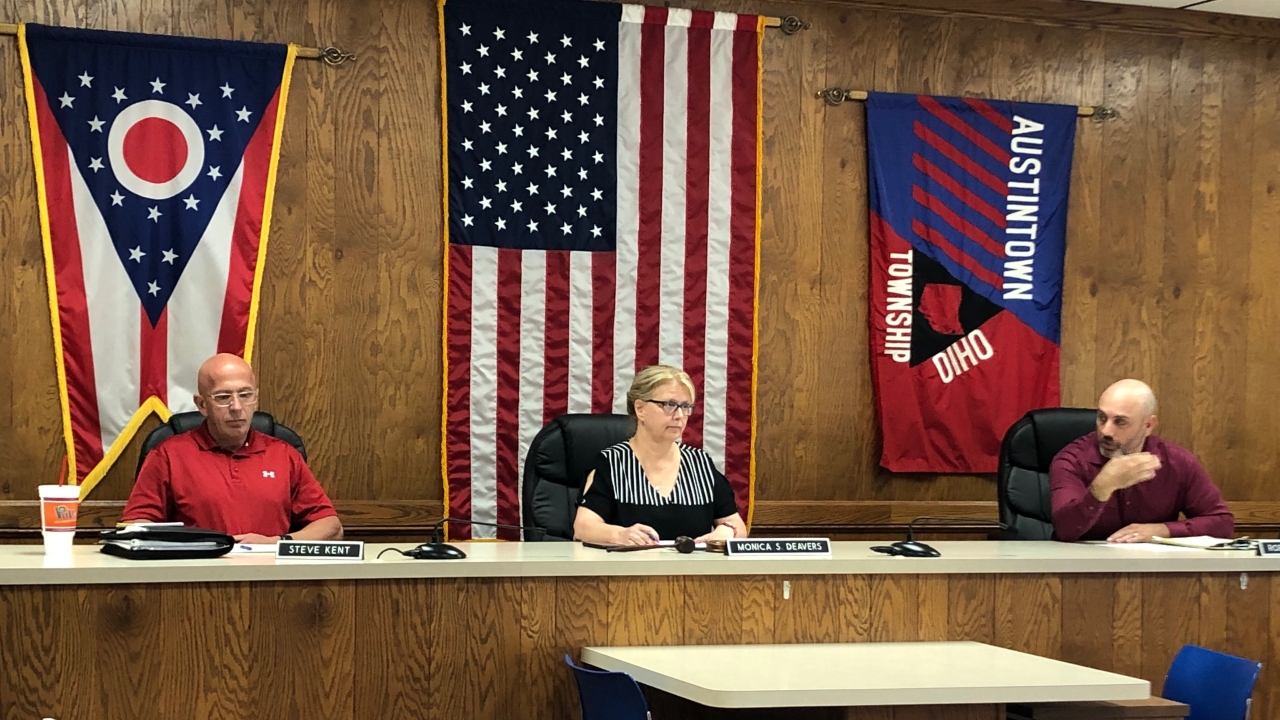 AUSTINTOWN, Ohio (WKBN) — At the start of Austintown’s directors’ meeting on Monday, Steve Kent made a quick motion to change the chairman, stepping down from his position as board leader.

Following a unanimous vote, Deavers will now assume the role, swapping seats with Kent after the vote.

“Hopefully this will help ease some of the tension and let people know we are worried. And we did the only thing we can do – move chairs,” Deavers said.

The change comes as details continue to come to light about the criminal charges and civil lawsuits Kent faces. The lawsuit centers on Kent’s time as a school resource officer at Poland Seminary High School from 2013 to 2021.

He also faces three counts of sexual assault, as well as tampering with evidence.

The administrators previously released a statement that the charges against Kent are “absolutely disgusting and disturbing”.