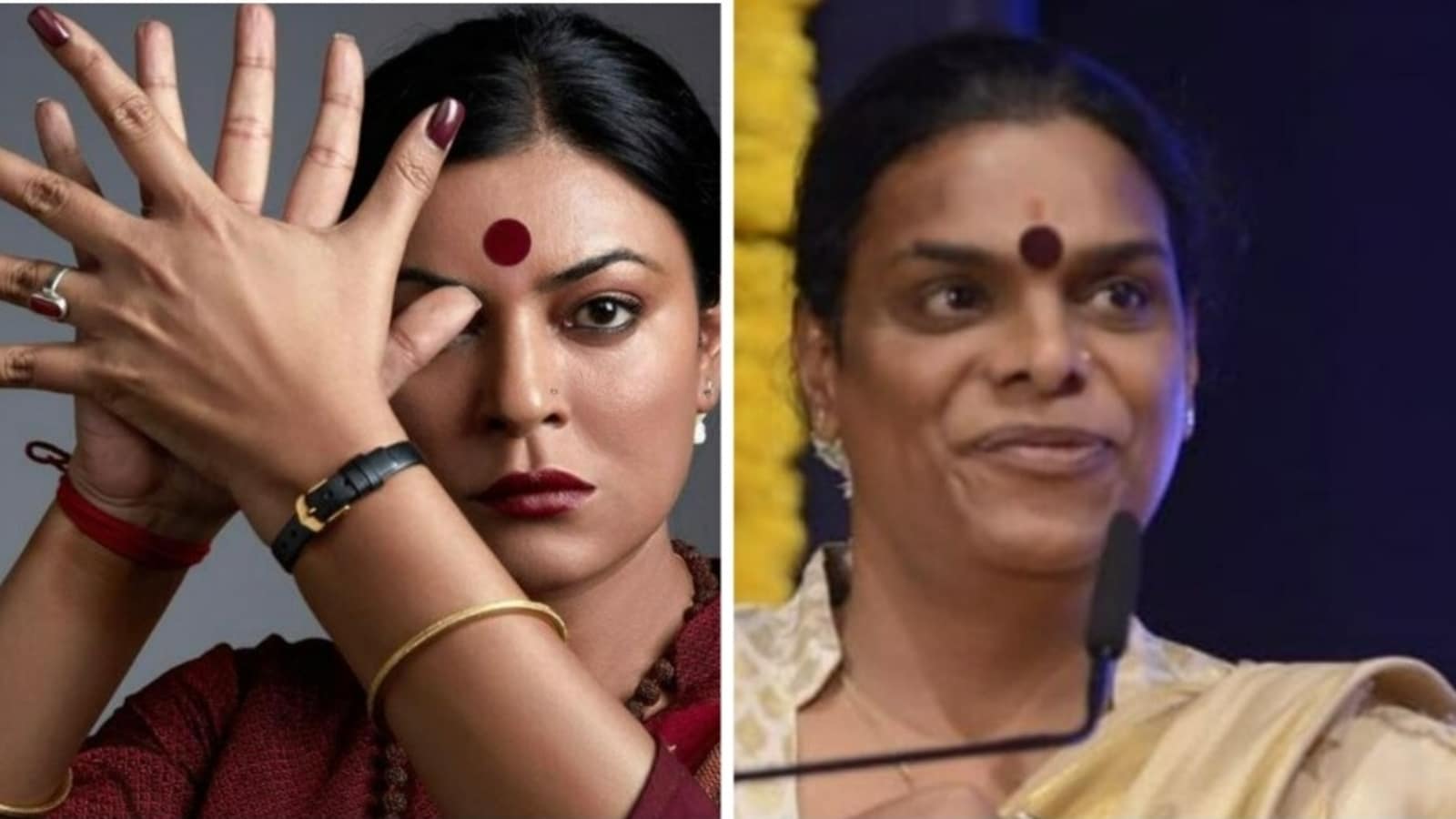 Actress Sushmita Sen took to her Instagram account and shared the first look at her upcoming movie Taali on Thursday. Taali is the biopic of transsexual Shree Gauri Sawant. Sushmita will be seen portraying her life through this film. In Taali’s first poster, she can be seen as a Gauri Sawant lookalike. She wore a red green sari with a big brown round bindi on her forehead. She put her two hands together to signal the gesture of applause which is the title of her film, Taali. Gauri Sawant was seen in Kaun Banega Crorepati season 9 which was supported by Usha Uthup to raise funds to build houses for sex workers. (Also read: MS Dhoni had told Sushant Singh Rajput while making his biopic: ‘You ask too many questions’)


She captioned the post, “Taali – बजाऊँगी नहीं, बजवाऊँगी! (will not clap, ask others to clap). Nothing makes me more proud and grateful than to have the privilege of representing this beautiful person and let his story be known to the world!!” referring to Gauri Sawant.


She added, “This is life and everyone’s right to live it with dignity!!! (hand folded emoji) Love you guys!!! #duggadugga. She used the hashtags #firstlook like #ShreegauriSawant on it. Actor’s sister-in-law Charu Asopa wrote: “Wowww… First look is awesome… so proud of you didi. looking forward… love you didi and astrologer Acharya Vinod Kumar commented: ‘Best wishes Bahen” (sister). One of her fans commented, “You just nailed the look.” Another fan wrote, “Oh my god!! Always more power for you. Many fans showed enthusiasm and dropped heart emoji for his new project.

Gauri Sawant is a transgender activist from Mumbai. She was featured in Vicks’ commercial as a transgender mother who raised an orphaned daughter to break the stereotypical representation of the third gender. She raised money to build houses for sex workers near Kharghar with the amount she earned with the help of Kaun Banega Crorepati in Season 9.

Doc Corner: The rockers of ‘Nothing Compares’ and ‘Sirens’ – Blog