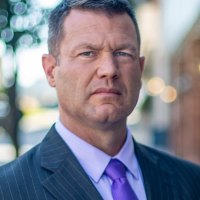 Huntington – A week after giving the green light to a new chief of police, Huntington City Council created a post of deputy chief.

Sponsored by board member Sarah Walling, the ordinance would create a new permanent post of deputy chief of police and is specifically aimed at including Lt. Phil Watkins, a 22-year HPD veteran in a new leadership structure with Chief Karl Colder . Watkins had been a finalist in the recent police chief’s search, and he will serve as the department supervisor, with the understanding that Chief Colder, a former DEA regional chief, will work on broader strategic and interagency management issues. Mayor Williams supported the new co-leadership plan by stating that while Chief Colder “elevates our ability to tap into broad resources,” the coordinated oversight of Colder and Watkins will improve “membership and grassroots productivity. “. Council member DuRon Jackson highlighted the benefits of having “one leader on the outside and one on the inside” and agreed that the setup would make it easier to manage local officers under Chief Colder, relatively new to Huntington. . “People were pushing for Lt. Watkins to be chief, and that will help us bridge the gap.” he said. Council member Bob Bailey enthusiastically supported the new position ordinance, saying he thanked Mayor Williams for “the wisdom and foresight in choosing Colder and Watkins.” The mayor noted that the FOP had signaled its support for the new management structure by changing the language of their union documents to place the post of chief and deputy chief “outside the bargaining unit”. Williams said the deputy chief, a seasoned detective from Huntington and a seasoned police officer, would bring institutional knowledge to the role. “Watkins is clearly qualified, and the two will be able to fit in, and that’s good for the city.” Asked about the wisdom of creating a permanent deputy chief post for the current situation, City Manager Hank Dial stressed that “we are only an ordinance vote to remove the post, if it is not necessary to In addition, state law says that the mayor is not required to fill the position. New Deputy Chief position must be created by ordinance and approved by council vote.As Deputy Chief, Lt. Watkins will be at Professional Rank 27, which will technically create the possibility of hiring a new officer in the department – Although many positions are currently vacant, the mayor said. A sworn officer for the Huntington Police Department for 22 years, Watkins served as the deputy commander of the Criminal Investigations Bureau, managing three detective units tasked with investigating cases. cr violent imes, crimes against the family, minors, sexual assault and property. He was also deputy commander of the administration office from July 2017 to March 2020. In other articles, the board approved the purchase of two new Ford 550s specially customized with 100 inch steel snow plows and salt spreaders, for $ 87,000 apiece, Fire Station No. 10 on Washington Blvd near Highway 60 received funding for a new rubber (unpaved) roof under the guidance of Fire Chief Jan Rader, and Steven Patrick Turner, a local lawyer and volunteer trainer, has been appointed to the Huntington municipal parking lot. Plank. Agenda item six passed on first reading, allocating $ 100,000 to renovate existing homes and demolish dilapidated homes. The West Virginia Housing Development Fund will raise an additional $ 600,000 in grants, city officials said. A related motion approved an additional $ 15,000 for the city’s housing director to receive official certification to teach new homeowners about property tax and housing equity issues. Three ATT regional leaders received a Partners for Progress award for donating over $ 120,000 to the Huntington 150th Anniversary Celebration Fund, $ 32,000 for the demolition of abandoned structures, 11,000 $ for new fire station bedding and other recent charitable donations. USMC Council Member and Veteran Bob Bailey urged the public to attend the annual Huntington Veterans Day event at the Ritter Park Memorial Arch Thursday at 11 a.m.

Chris Bush on FANTASTICALLY BIG WOMEN WHO CHANGED THE WORLD