Lightly buttered toast, with a generous spoonful of jam or orange marmalade. For years, it was the breakfast the British chose to cook for them for the day.

But what about adding a dash of whiskey to the marmalade or a sip of gin to the jam? It might sound like a recipe for a lunchtime hangover, but classic spreads are now enjoying a bold renaissance thanks to a growing demand for alcohol products.

“It’s really nice to mix, say, the best Sicilian lemons with an earthy whiskey,” says Jam Specialist Jennifer Williams, whose company, Naked Jam, has seen the market grow by 40% since the introduction of alcohol-flavored preserves. .

“Fruits and alcohol really complement each other in terms of taste and balance. A pure alcohol, like vodka or gin, can soften the irresistible sweetness of a jam, for example. ‘

Jennifer suggests that if you have jam on toast, you should pair it with a good unsalted butter as the fat will absorb the acidity of some spreads.

For those who want to start the day with a drunken touch, there are a lot of products on offer (don’t worry, the alcohol content fades during the preparation process). Here’s how they performed in my taste test. 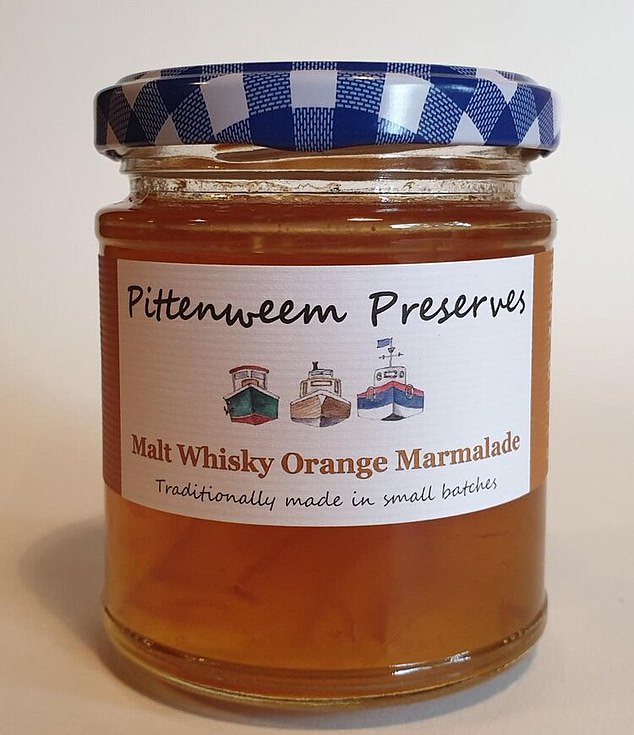 Seville oranges are blended with Bunnahabhain whiskey (a single malt produced from a Hebridean distillery since 1881) for a gloriously rich combination. The initial acidity of the orange gives way to a deep smell of peaty malt.

In fact, it persists in the same way that pure whiskey can leave a chemical replica. That’s okay if you’re a spirits lover like me, but it can come as a big surprise to those who usually turn down a small drink.

My advice is to skip the toast and toss a dollop of this golden amber spread with bourbon, lemon juice and ice for the perfect sunset drink. Believe me, it is beautiful. 4/5 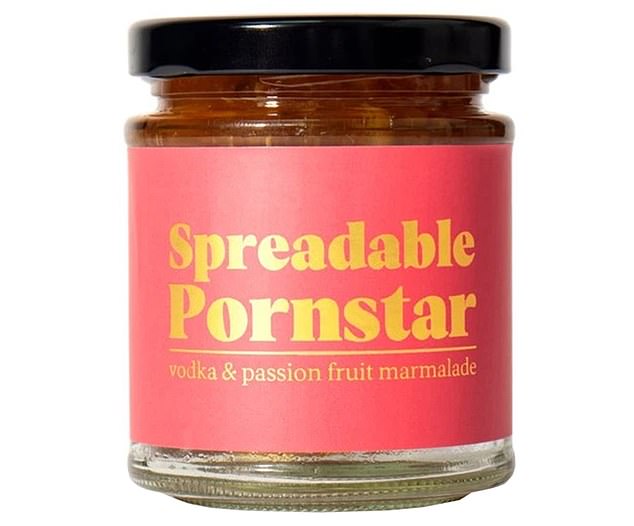 A Martini cocktail might have been Bond’s favorite drink, but even 007 might hesitate at the evocative name of this spread. This is clearly an attempt to make the marmalade sexy. Made from mashed passion fruit, oranges, lemon and lime, it’s also “spanned by a vicious touch of vodka.”

The problem is, the taste is a huge disappointment. I don’t take vodka and the citrus kick is so strong that it dominates the passion fruit. If it weren’t for his dark telltale seeds, you wouldn’t know he’s here. Traded lightly when mixed into a neat vodka with ice. But, frankly, I am neither shaken nor agitated. 1/5 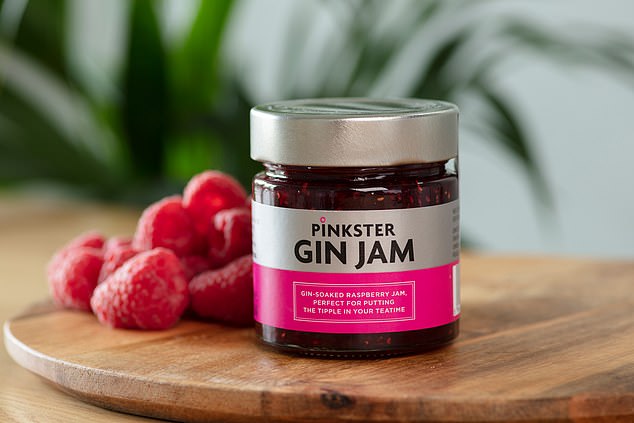 Wow! A shade of vampy dark red, this jam is made from discarded gin-soaked raspberries from the production of the company’s signature Pinkster rose gin (to be over-crushed), so there’s minimal waste. The jam is extremely sweet and the gin notes are subtle. I actually found myself taking it straight out of the pot when I craved something a little indulgent after dinner. I liked it so much that I use it in jam pies, adding a touch of excitement to an otherwise routine afternoon tea staple. Beautiful. 5/5 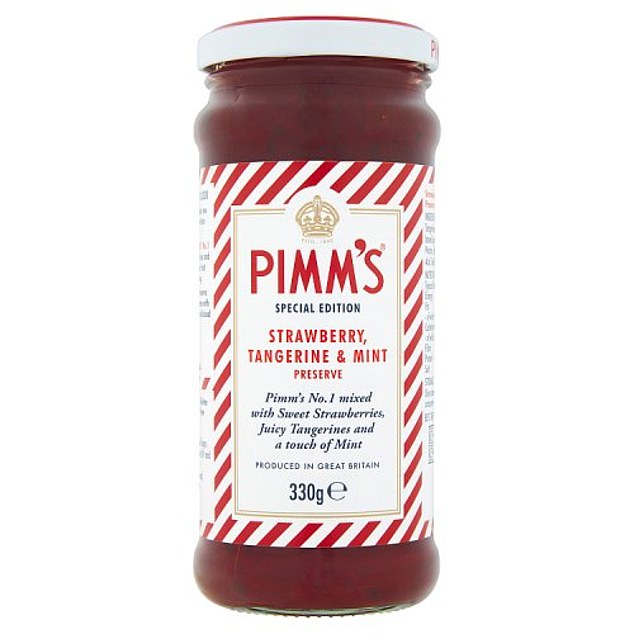 This rusty red jam is hand cooked in small batches and mixed with strawberries, red currants and Pimms, one of the iconic tastes of summer and a gin-based liqueur.

It is a very rich jam however, unfortunately it was difficult to detect even the slightest trace of Pimms. Instead, it tastes like a standard swamp supermarket jam.

Maybe mix it in a glass of pimms and lemonade to add color and texture, although I’m more inclined to serve it for afternoon tea with a floury scone and a mound of cream. 2/5 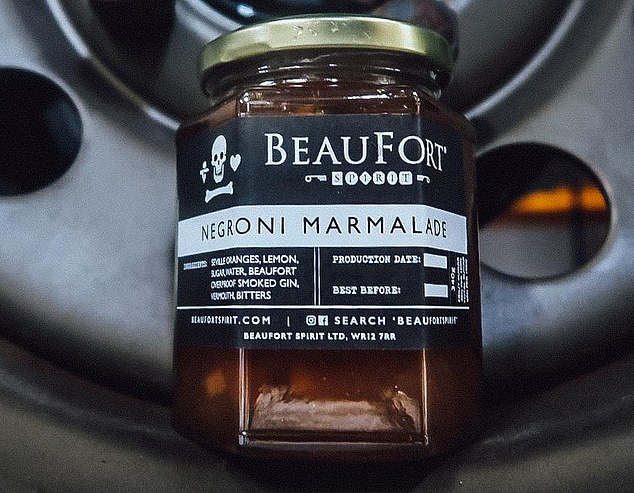 In the expensive end, this thick marmalade is also the most bitter. After all, Negroni, the Italian cocktail made with part gin, vermouth and Campari, is known for its pungent punch. This is made from Seville oranges, lemons, BeauFort Overproof smoked gin (flavored with hickory, sichuan, pink peppers and citrus oil). It has less sugar than other spreads – 40g per 100g, while others are 60g.

The spread is syrupy in thickness and is a lush shade of golden caramel, studded with long chunks of skin. But it’s too sharp for my morning toast, so I put it away and promise to use it when I bake an orange cake. 2/5 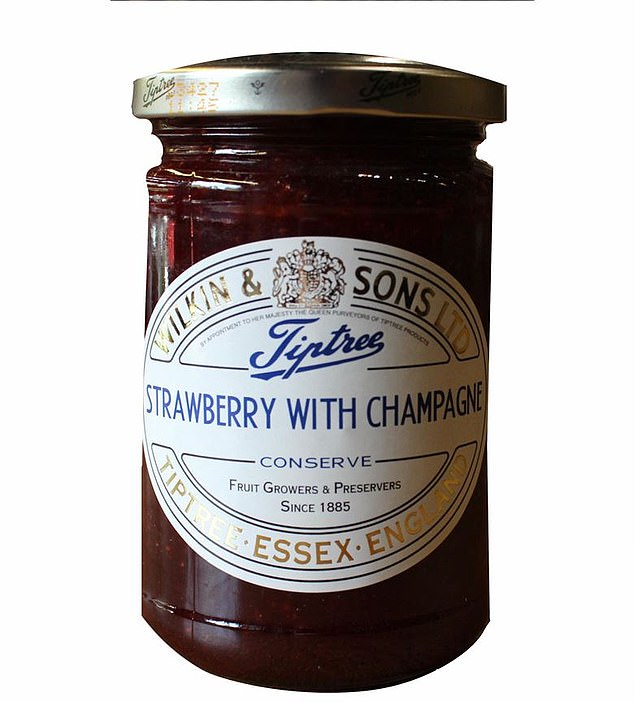 Jam maker Jennifer Williams came up with the idea for this jam while watching the semifinals at Wimbledon, sipping champagne and enjoying cream tea in the sun.

The strawberries are harvested the same day they are picked, then marinated in champagne and sugar overnight, before being slowly cooked and brewed by hand in copper pans the next day.

So it’s no surprise that this jam has a sherbet-like sweetness, slightly irresistible, but not specifically identifiable with champagne. Despite everything, it is beautiful and indulgent. I have mine with hot buttered croissants on a lazy Sunday morning. Celestial. 4/5 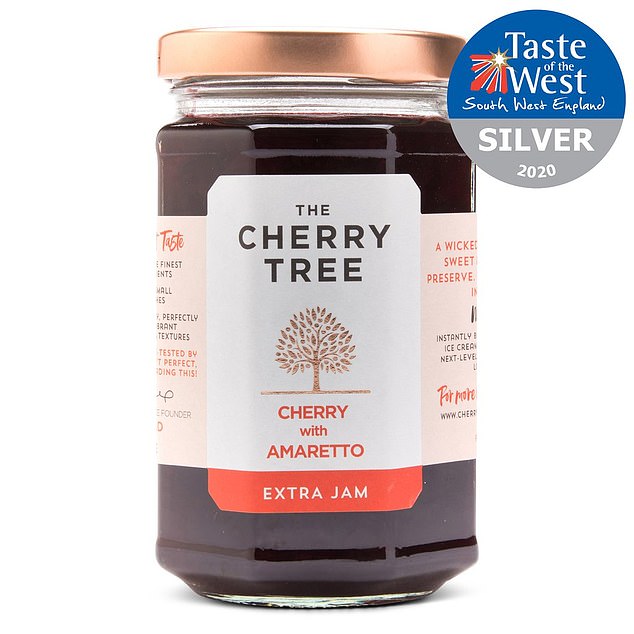 Angela said the amaretto cherry (pictured) has intense flavors, but can be enjoyed with sourdough bread and creamy butter

As I open the lid, I am struck by a distinct whiff of strong cherry. On the first bite, the taste hits with a slightly tangy touch and then settles into something deeply tangy, perhaps because Amaretto liqueur tends to be flavored with bitter almonds, peach stones or ‘apricot.

I reheat a little jam to reduce its thickness, then add a spoonful to a thick slice of sourdough bread with a little creamy butter. A good choice for those who like strong and intense flavors. 3/5 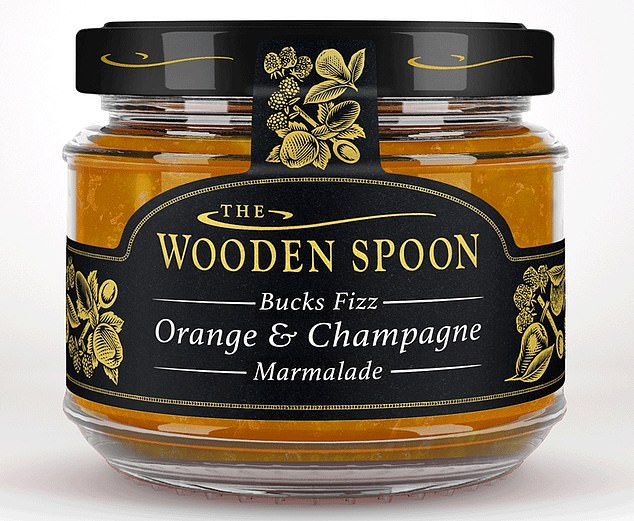 I’ve always hated Bucks Fizz (the cocktail not the pop group), but that’s because I hate orange juice unless it’s clean and ice cold. So when I say this marmalade faithfully reproduces Bucks Fizz, it’s both a plus and a minus. If you like the drink, you will love the fresh taste of this tangy and orange marmalade, which offers a slightly naughty bubble. I’m going to use it as a meat glaze but it doesn’t bother me on toast. 3/5