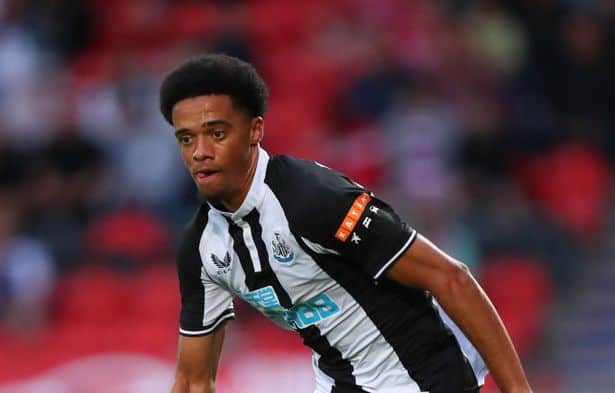 In a report on Friday, i news’ Mark Douglas reported that Newcastle were focusing on four targets. They are Hugo Ekitike, Sven Botman, Moussa Diaby and Dominic Calvert-Lewin.

Agreements seem to be in place for Ekitike and Botman, with the decisions in the hands of the players. Diaby has postponed speculation over his future at least after his international duty with France ends later this month

Douglas indicated that it would take an astronomical fee to extract Calvert-Lewin from Goodison Park. Everton rank the 25-year-old one tier lower than Harry Kane, who is a £100million player.

Absent from Douglas’ report, there was no update on the pursuit of a left-back. Matt Targett can be brought in for £15million if Eddie Howe sanctions the option to buy made with Aston Villa as part of his loan spell.

News about Atletico Madrid’s Renan Lodi has remained silent. There were claims that talks were due to take place, but nothing has surfaced since. Its reported price tag of nearly £40million may have prompted a redesign.

Newcastle have three left-backs on the books for next season, although Howe is unlikely to see Matt Ritchie as an option in a back-four. Both Jamal Lewis and Paul Dummett are capable full-backs, with Dummett having recently signed an extension.

Lewis is expected to watch this pre-season for a long time with his groin issues hopefully in the rear view mirror. He played well in the three-game starting streak before suffering a hamstring injury in mid-December.

The decision on a new left-back may have been postponed. Newcastle have to be smart with where they allocate their funds this summer. Ekitike will feature prominently, although it looks like the Reims deal will be a big incentive.

Botman, if he decides to join, is a bargain at around £26million. Everything seems to revolve around AC Milan at the moment. The left-footed centre-back’s other targets will cost at least that much, so hopefully this deal can be done.

Diaby could be the x-factor assuming the bridge to Calvert-Lewin is too far. The Frenchman will cost at least £40m, and that would be great value for money. Newcastle could wait for the winger before tackling other areas like left-back and goalkeeper.

Left-back is an interesting position. At first glance, this seems like a position that is clearly needed. Matt Targett started every game he was eligible for in stride. Not triggering his call option seems a risk if no other left-backs are brought in.

However, Howe kept Dummett in reserve to ensure he could survive the strenuous practice sessions. Dummett passed that test leading to a one-year extension. He will be an option next season.

Jamal Lewis underwent a few surgeries to fix his long-standing groin problem. That means we haven’t seen him in top form for quite some time. Perhaps Howe plans to watch Dummett and Lewis before making a decision on adding a third left-back.

A Bi Woman’s Guide to Living Your Best Queer Life