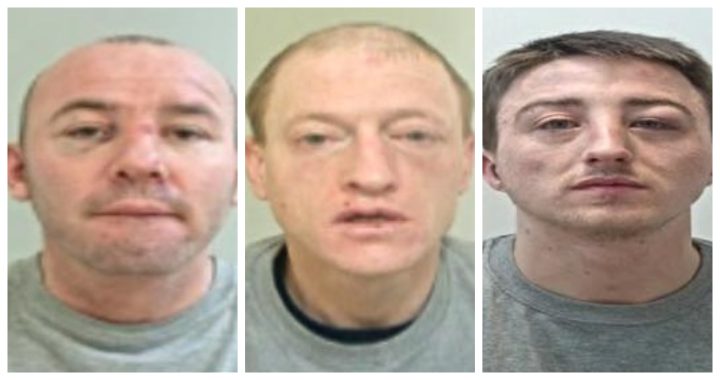 Three men with Preston links named among Lancashire’s most wanted

Lancashire Police have launched a new appeal to track down a number of most wanted criminals.

The men are among Lancashire’s six most wanted criminals and are wanted by police as part of Operation Hunter, which was launched in July 2021 to target wanted people trying to evade capture.

Gareth Richards is wanted on recall in prison to serve the remainder of his sentence for burglary.

The 24-year-old, from Morecambe, is described as 5ft 9in tall and has links to Preston.

Read more: Pair jailed for eight robberies in Preston at Ribbleton and Avenham

The 37-year-old is described as 5ft 7in and has links to Ribbleton, Fishwick, Ashton, Lea and inner city areas of Preston.

Steven Bosanko, 47, is wanted after he failed to appear in court and was recalled to prison to serve the remainder of his sentence for armed robbery.

Steven from Preston is described as 5ft 11in tall and has ties to Fishwick, Callon and the city centre.

Anyone with information should contact police on 101 quoting Newspaper 1737 of February 27. For immediate observation, please dial 999.

You can also contact the independent charity Crimestoppers on 0800 555 111.

Accept the differences that drive your bond

The High Five | Blog for Iowa